Most social workers ‘lack confidence’ in working with children at risk of radicalisation, finds DfE report

Study identifies challenges in identifying and addressing radicalisation because of practitioners’ lack of experience, and calls for more training and guidance and moots expansion of specialist roles 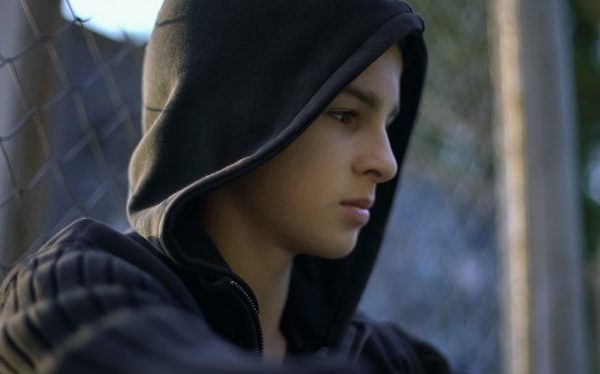 Most social workers lack confidence in working with children at risk of radicalisation because of their lack of experience, according to a report commissioned by the Department for Education (DfE).

While radicalisation cases had increased or stayed static in the past few years in the 11 areas studied, they were still a relatively rare occurrence on social workers’ caseloads. This meant approaches to direct work with children and young people at risk varied considerably, found the Safeguarding and radicalisation study.

Though similar research on the issue in 2017 identified a lack of clear referral and assessment processes for radicalisation as a problem for practitioners, they were now confident in the procedures to be followed. There was also greater consensus than in 2017 that radicalisation required a safeguarding response.

However, social workers struggled to use children’s social care thresholds in radicalisation cases as they focused on harm within the family rather than from outside. While there was recognition that existing thresholds could be used flexibly to support children at risk of radicalisation, the extent to which this happened was dependent on the social worker’s level of experience with these cases.

This was a common theme flagged by the research, which found that social workers struggled to spot indicators of radicalisation in children due to its relatively low prevalence compared to other forms of harm and the fact that they were constantly changing.

Experience was also a factor in social workers’ confidence in working with different radicalising ideologies. Some social workers lacked confidence in tackling Islamist extremism, due to their lack of knowledge of Islam, concerns about perpetrating faith-based discrimination and a historic mistrust of the government’s Prevent agenda to counter radicalisation as anti-Islam. Conversely, social workers with experience in tackling Islamist extremism felt less confident in dealing with the increasing number of cases of right-wing extremism.

Online radicalisation on the rise

With radicalisation also occurring more often online, including due to lockdowns, some interviewees suggested social workers had limited understanding of these cases. In addition, practitioners reporting that they had insufficient time to spend with the young person to counteract the influence of the perpetrator.

Most of the authorities studied recognised that contextual safeguarding approaches, which seek to address the extra-familial contexts in which children are subject to risk, could be used in radicalisation cases. However, some social workers lacked the confidence to do so because of the novelty of the approach. Similarly, while those in senior roles recognised the parallels between radicalisation cases and other types of exploitation, such as being groomed into gangs, this had not been translated into practice.

“Local authority, national and regional stakeholders suggested that frontline social workers do not yet fully understand the parallel underlying vulnerabilities between those at risk of radicalisation and those at risk of other types of exploitation, nor how the approaches they use to address exploitation risks could be applied to radicalisation cases,” the report said.

As well as their lack of case experience, social workers also did not consistently take up mandatory Prevent training, despite this being offered by all the local authorities studied and a consensus that it had improved in recent years, being less focused on Islamist extremism.

In terms of solutions, the report suggested establishing specialist social work posts, to screen referrals, coach other practitioners and disseminate learning, saying this had been successful in identifying radicalisation and improving the consistency of practice in local areas. It said that it would be useful for practitioners to receive coaching and support from specialist staff.

However, it flagged risks around recruitment, with authorities finding it difficult to fill roles when specialists moved on.

The report also suggested that existing Prevent training for social workers be enhanced with material that emphasised that radicalisation was a form of harm that practitioners could apply their core social work skills to tackling.

However, it said this needed to be supplemented by training and resources in when radicalisation-specific approaches should be adopted. It suggested developing a toolkit including training materials, good practice examples, details on local processes and referral pathways and contact details for specialist staff.

It also called for improved uptake of Prevent training by social workers. Given the time pressures practitioners faced, this should be tiered, with introductory training for all social workers and enhanced provision for a selection of practitioners and managers, who would then disseminate the knowledge.

It also said there was a consensus that more regional and national sharing of expertise by authorities with greater experience of radicalisation would be helpful, building on existing initiatives.

While some interviewees proposed writing radicalisation into children’s social care thresholds and guidance, others said that it was important to give social workers the flexibility to handle cases in the most appropriate way, leading the authors to say more research may be required.

Dr Jo Finch, of University of East London, who has studied social work and radicalisation, praised the report’s focus on contextual safeguarding but said there was a difference in applying those skills to radicalisation cases, compared with county lines, for example, as the former dealt with issues of terrorism and national security.

“In terms of contextual safeguarding, we might see that young person as a victim. Take gangs for instance, someone may be drug-running, but they have been coerced into it,” she said.

“So there’s a shift in thinking about that person not as a perpetrator of crime but as a victim. But I wonder if that thinking has not quite entered the work of Prevent. It raises such anxiety.”

It said children’s social care staff had reported that the police did not share information to inform risk assessment and safety planning as early or in as much detail as required.

It found police were sometimes unable to share information due to the risk of disruption to investigations or because children’s social care staff did not meet the security clearance threshold required.

To support better partnership working, the report called for there to be designated points of contact across all partner agencies, joint visits by children’s social care and police Prevent or counter-terrorism teams and multi-agency training. It also said children’s social care should routinely attend Channel panel meetings, which handle cases where a person has been identified as vulnerable to radicalisation.

Liberty Protection Safeguards: consultation launched on implementation and new MCA code
“The family safeguarding model gives families the platform to tell us who they are – not what they are”
How councils are failing to amend social care charging systems deemed unlawful by High Court

2 Responses to Most social workers ‘lack confidence’ in working with children at risk of radicalisation, finds DfE report