Social workers and care staff are being impeded in their ability to carry out their duties, amid petrol station closures, sector figures warn

By Rob Preston on September 28, 2021 in Social work leaders, Workforce 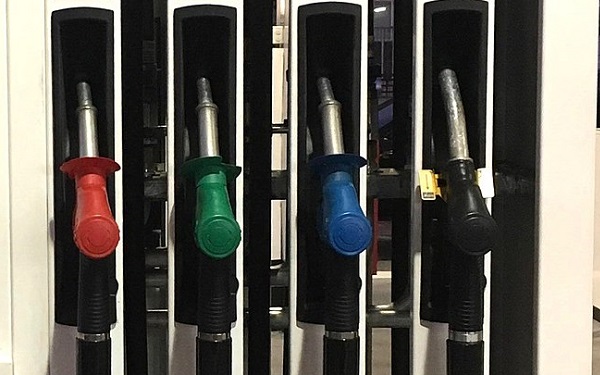 The government has rejected calls to give social workers and care staff priority access to fuel, amid petrol station closures across the country.

Social workers and care staff are being impeded in their roles by a lack of fuel at petrol stations across the country, sector bodies and unions for the sector have warned.

The Social Workers Union (SWU) said its members had been struggling to get into work to complete statutory child protection visits while the Association of Directors of Adult Social Services (ADASS) said care staff were spending hours queuing to fill up instead of supporting people in the community.

Both organisations called for staff to be given priority access to fuel as essential workers, as did the Homecare Association, which said some petrol stations had refused to recognise home care workers as such.

A shortage of heavy goods vehicle (HGV) drivers in the country has led to many petrol stations being unable to restock fuel and some customers stocking up, triggering further shortages.

John McGowan, SWU general secretary, said some members had told him they were “struggling to get into work to complete their statutory child protection visits and asking what the union is going to do about it”.

He said social workers in more remote areas, where petrol supplies were more scarce in the first place, were the worst affected.

“I think there needs to be a clear message that it is impacting on the social work service and […] if these tasks cannot be completed, then nobody is doing the assessments or the statutory visits,” he added.

ADASS said it had heard reports from around England of care staff struggling to find fuel or having to spend hours queuing to fill up instead of supporting people in the community or in care settings.

And the Homecare Association reported “a weekend of chaos”, which it said saw home care workers caught in queues, being late for calls, struggling to buy petrol and being turned down as essential workers as petrol stations “brought in their own rationing”.

She also called on the government to:

“In previous fuel strikes, local authorities have been able to arrange for scarce fuel to be prioritised for essential users,” she said.

“There is a question whether this needs authority from central government, under civil contingencies legislation, to address the current problem.

“We call for this issue to be resolved urgently, as home care workers need a fast solution so they can get to people who rely on their vital help.

“The lack of communication from government is not helping.”

McGowan called on the government to give social workers “the same status”, as they were in the early stages of the Covid-19 pandemic, and therefore prioritise them for fuel access.

In March 2020, staff across adults’ and children’s services were included in a government list of key workers whose children could continue to attend school during closures caused by the coronavirus crisis.

McGowan also urged the public to stop panic buying, which he said was “putting people’s lives at risk”.

“We’ve got social workers doing statutory tasks that they can’t complete because they haven’t got any fuel in the car,” he said.

ADASS suggested that the government introduce designated protected slots at filling stations to ensure access to fuel for care staff, and called on other members of the public to limit their car use.

“The government must do all it can to guarantee adequate fuel supplies at filling stations, but the problems being experienced by care staff show that special steps are needed to help them,” said Stephen Chandler, ADASS president.

“The public also have a responsibility not to make their difficulties any worse.”

The government said that it was not prioritising fuel for key workers as “we are not in a national emergency” and “there is no shortage of fuel in the UK”.

It admitted that some petrol stations had run out of stock due to a shortage of drivers to transport the fuel from refineries and import terminals but urged members of the public to buy fuel “as normal”.

“We recognise the challenges facing industry and have already taken action to increase the supply of HGV drivers – including streamlining the process for new drivers and increasing the number of driving tests – and by temporarily relaxing competition law to prioritise fuel deliveries to areas most in need,” a spokesperson said.

The government has temporarily allowed HGV drivers to work longer hours, is using a reserve fleet of fuel tanker vehicles to add capacity and could deploy the Armed Forces to make fuel deliveries if services continue to be disrupted.