By Rob Preston on December 21, 2021 in Children, Social work leaders 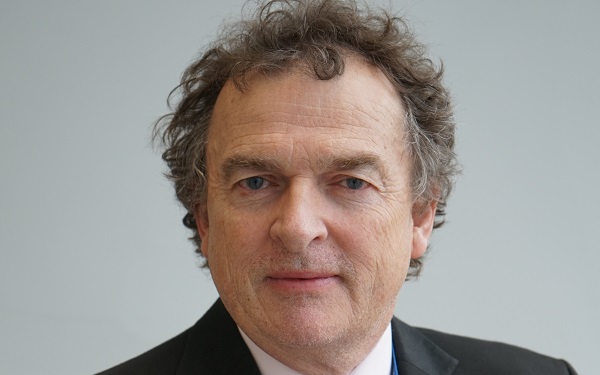 A council’s children’s services rated inadequate by Ofsted almost five years ago has said the delay to it being reinspected has made it difficult to recruit and retain staff.

Ofsted rated Gloucestershire council as inadequate following an inspection in February-March 2017 and it has been working under an improvement notice since August that year.

The Department for Education appointed advisor Claire Burgess to work with Gloucestershire and Andrew Ireland, former director of families and social care at Kent council, was brought in as independent chair of the council’s improvement board.

The 57 months Gloucestershire has waited so far to be reassessed is the longest of any ‘inadequate’ council in the country and compares to an average 33-month period that such councils have had to wait in recent years.

Gloucestershire’s 2017 report was damning, describing relationships between senior managers and practitioners at the authority as having broken down.

Staffing problems peaked the following year when, according to DfE figures, the council’s vacancy rate was 34%, its agency worker rate 39.9%, and its turnover rate 23%, the first two of which are more than double national averages.

In March 2018, Gloucestershire hired Chris Spencer, formerly of Harrow, as its director of children’s services.

Since then, progress has been slow, with Ofsted commenting following a focused visit in November last year that “children’s services in Gloucestershire are still on the road to recovery, with continued weaknesses in some areas”.

But Spencer has argued that Ofsted would rate Gloucestershire as ‘requires improvement’ if it were to inspect the authority now, with improved resourcing, a sufficiency strategy and better-quality placements.

He recognised the fact the Covid-19 pandemic had led to a pause in Ofsted inspections for more than a year, but emphasised that the five-year wait was longer than it had been for other councils.

Sunderland, for instance, was inspected in July, three years and two months after being rated ‘inadequate’ previously.

Gloucestershire’s vacancy and turnover rates were down by a half in 2020 compared to two years earlier, with agency worker rates and caseloads also lower.

Spencer said he has managed to stabilise the council’s workforce somewhat by opening a social work academy, which recruits social workers through fast-track courses Step Up to Social Work and Frontline, as well as through Open University and apprenticeship qualifications.

The council has also recruited 18 social workers from India since Spencer joined through a company that interviews and assessed prospective candidates in the South Asian country.

“Most of them have settled very well and are beginning to do a good job,” said Spencer. “But like the other students entering the profession, they still need inducting and training in order to work effectively within our system.”

The problem for Spencer has been attracting experienced frontline social workers, the number of which he has recruited since joining he said could count “on the fingers of two hands”.

“It’s not because Gloucestershire isn’t an attractive place to live and work. It’s a lovely part of the country. But that label of ‘inadequacy’ I do think is a big barrier to recruitment,” he said.

Challenges to recover from 2017 inspection

Spencer admitted that the council’s ‘inadequate’ Ofsted report from 2017 was “one of the worst” he had ever read and that it had deteriorated further by the time he took over a year later.

“What I inherited was worse because a lot of social workers had left, proportion of agency had increased, no real improvements had taken place because there wasn’t a permanent senior leadership team in position,” he said.

Spencer said he was unsure whether to move from the London borough of Harrow, which had been rated ‘good’ at the time, but went to Gloucestershire because it is his home county.

He said introducing a standard model of practice across the larger area of Gloucestershire was challenging compared to the relatively compact Harrow.

“Here, I’ve got six localities, two of which are bigger than the London borough of Harrow,” he said. “The way the county had evolved, without a single model of practice, was that you had these six individual almost fiefdoms that operated in their own characteristic ways but there wasn’t any coherence to it and certainly no common standards.”

Alongside a standard model of practice, the council created common standards of management oversight and supervision for social workers.

And the DfE has partly funded the council to put all its 400 social workers through a 15-day accredited training course over three-years.

Ofsted’s focused visit to Gloucestershire last year said the council still needed to improve services for children and families at the edge of care, number and choice of suitable placements for children, the use and tracking of pre-proceedings, and personal education plans.

Spencer said the council had taken additional measures to try and improve its performance in these areas.

He said the council now has “sound tracking tools” for pre-proceedings but said progress had been partly hampered by pressures on family courts.

The council has introduced an “intensive family support service”, which aims to prevent children entering care, prevent placements from breaking down and attempt to reunify children with their family if it is in their best interests.

“We’ve got a panel now, which if a social worker thinks a child warrants being taken into care, before we progress that with the courts, because of course a decision about whether they come into care or not is a court decision,” he said.

“The case goes before that panel and we senior managers satisfy ourselves that it is a case that is right and properly one to put before the courts.”

Gloucestershire has “significantly” increased its funding for children’s services by more than £40m since Spencer arrived, and he says money is not holding the department back from improving.

“There is a legacy of failure here or a tail of about 15 years of underperformance, some of that was to do with underinvestment. But we’ve had that investment now,” said Spencer.

However, Spencer said the council now has a third more children in its care, 840 compared to 630, and the average cost of a placement has increased, due to increased complexity of need and market factors, from around £65,000 a year to £114,000 since he joined.

He has attempted to “influence the market by creating strategic partnerships with providers” to create new accommodation such as a 21-bed semi-supported setting for over-18 care leavers, which opened in January.

“We are using old people’s homes basically. Because the drift in adult social care is to care in the community and care at home, so Gloucestershire has less use for old people’s homes. So I’m asking the council to convert them into accommodation for young people,” he said.

“Not only is it saving money, it is providing good outcomes. And we’ve got another two of those in the pipeline. One of them will be for 16-18 year-olds and another will be for mother and baby assessments and placements.”

Spencer said he was under no illusions that his authority would be rated as good by Ofsted now, saying it is still “some way off”, but that is the longer-term aim.

“There’s still an awful lot to do. I want to stabilise the workforce further. That’s the most important thing. I’ve still got one in four of our 400 social workers who are agency. I’ve got to get that down closer to 10% I think,” he said.

He said the council also needed to improve its prevention and early intervention services, which could lower the number of children that end up needing to go into care.

But he said: “All the other ingredients are there to be a good authority. We’ve got sufficient resourcing. We’re doing the right thing in terms of a sufficiency strategy and providing better quality placements.”