By Rob Preston on April 28, 2022 in Children, Social work leaders 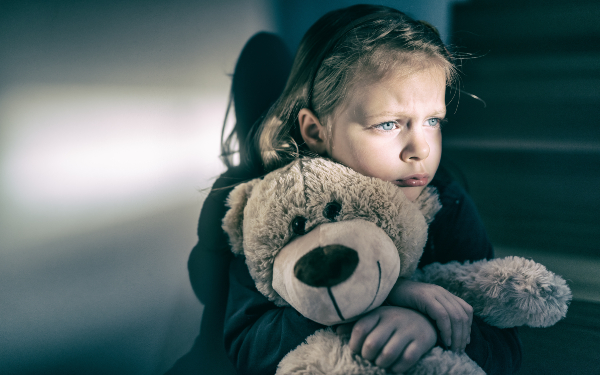 A lack of oversight caused by frequent changes of social worker led to a toddler suffering significant harm, a case review has found.

The safeguarding practice review found multiple failings by Northamptonshire health and social care professionals in relation to the girl (referred to as Child Au), who suffered chronic neglect and serious injuries during the 17 months she was in her parents’ care.

She had three social workers from September 2018 to January 2019, which meant an assessment took three months to complete and then had to be redone, and there was a lack of management oversight “which resulted in Child Au suffering significant harm”.

Community Care Inform Children subscribers can improve their skills and knowledge on neglect by accessing our knowledge and practice hub on the topic, last updated in 2021.
It includes guidance on recognising neglect, understanding its impact on children at different stages of development, risk assessment, decision-making and the legal framework. Find out more about becoming an Inform subscriber here.

The review also heavily criticised the quality of decision-making by Northamptonshire County Council, saying it was “seriously concerning” that it did not initiate child protection procedures. It also heavily criticised a social worker’s decision not to conduct a home visit immediately when informed of an unexplained injury to Child Au.

An inspection of the county council later in 2019, in which it was rated inadequate, suggested Child Au’s experience reflected wider practice failings. Ofsted found children were left for too long on child protection plans when experiencing chronic neglect, with social workers and team managers “over optimistic about change” and accepting self-reporting from carers too readily. Inspectors also criticised management oversight and found longstanding issues with turnover in the council’s “extremely fragile” workforce.

Northamptonshire Children’s Trust, which took control of children’s services from the council in November 2020, apologised for action not being taken sooner to safeguard the child and said there was inadequate support for social workers at the time.

Last year, the toddler’s parents, Sarah Elizabeth Cunnington and Ryan Eames, were both jailed for two years and seven months after pleading guilty to neglecting a child.

Child Au is now being cared for by foster parents and, while the review said she was making progress, it added that she needed specialist intervention to deal with the impact of her early experiences.

Her eight-month check found she was underweight and developmentally delayed, while in a subsequent visit, in July 2018, a health visitor concluded she was “grossly under stimulated and subject to neglect”.

However, the health visitor did not make a referral to the multi-agency safeguarding hub (MASH), leaving Child Au “at risk of serious neglect and significant harm”, the review found.

When a referral by health visitors was made, at the end of September 2018, the review found that the MASH should have initiated a child protection enquiry as it “indicated that Child Au was being neglected, and that her care was compromised by her parents”.

‘Gravity of risk not recognised’

The team manager’s decision to undertake a single assessment instead “did not recognise the gravity of the risk of harm Child Au was facing”.

After visiting the family, the allocated social worker left the council in early October, meaning the case was passed to a second practitioner.

However, the second social worker did not visit the family until the end of October, did not complete the assessment until December 2018 and then concluded that Child Au should be referred to early help.

The review found this conclusion was “profoundly influenced” by a report from a consultant community paediatrician, who found that Child Au was “well cared for” though “developmentally behind”. The report said this was a “concerning” judgment, based on a single consultation that seemingly did not consider underlying reasons for her presentation, besides medical ones.

The social care assessment was then effectively “abandoned” when the second social worker left in December 2018, leading the team manager to commission another assessment by a third practitioner.

Shortly before Christmas that year, a housing support officer informed the third social worker that Child Au had been found in her cot, with her arms taped on a bare mattress.

The review said the practitioner should have visited the home immediately instead of waiting until the following day.

The report found that the practitioner did not seemingly raise the issue of the girl’s arms being taped up with the parents on her visit, nor in supervision. The practitioner did find Child Au subdued, with no bedding on her cot, no food for her in the cupboards and no toys visible.

However, despite this, the team manager decided Child Au was in need and she was left with her parents over Christmas, a view challenged by the housing provider.

“In light of the stark evidence of neglect, the lack of immediate action by children’s social care to initiate child protection procedures raises serious questions of professional judgment,” the review said.

Leaving her in the care of her parents resulted in Child Au suffering injuries, the review found. In early January, the father told the social worker that Child Au had an unexplained swollen arm.

But instead of conducting a home visit and seeking medical advice immediately, she advised him to take the girl to the GP.

The parents did so, but they then waited several hours to take her to A&E, rather than doing so immediately as the doctor advised.

The review found the doctor should have called the social worker to ensure the parents took the child to hospital, with the police summoned if they objected.

“To leave it to the parents to take Child Au, a non-mobile 17-month-old infant, to A&E with an unexplained injury was inappropriate and dangerous,” it found.

Child Au was found to have six fractures, including to her left arm, at different stages of healing and weighed 7.3kg.

The child was taken into police protection and a strategy discussion was held, after which the council applied for an emergency protection order to instigate care proceedings.

‘Not enough to observe and record neglect’

“If there is one important and resounding lesson to be learned from this review [it] is that it is not enough for professionals to observe and record signs of neglect and abuse,” said the report. “Action is required if children are to be protected from significant harm.”

“Concerns about the care provided by Child Au’s parents were documented within weeks of her birth. It took over a year for those concerns to be referred to children’s social care. It is seriously concerning that once the referral was received, two single assessments did not result in child protection procedures being initiated, nor was the action taken by children’s social care challenged, apart from the housing provider.”

It urged Northamptonshire Safeguarding Children’s Partnership to ensure its neglect strategy learns from the review and there is sufficient professional awareness and understanding of neglect.

Julian Wooster, chair of Northamptonshire Children’s Trust, said: “This is an incredibly upsetting case, and we owe it to this child to ensure that the learnings from this report are put into practice.

“We apologise that action wasn’t taken earlier to safeguard this child and acknowledge the findings of the report. It is clear, that at the time there was inadequate support and guidance to social workers.

“Good progress has been made to address the recommendations of the report and we are working closely with our partners to ensure every child and young person is given the safest possible environment in which they can flourish. This child is now very settled in foster care and is thriving with support and care.”

The trust is commissioned to provide children’s services by West and North Northamptonshire councils, which replaced the county last year.

An Ofsted monitoring visit covering children in need and those on child protection plans last July found improvements in supervision and that most children received the right level of support. However, inspectors said there were some children for whom neglect was not recognised soon enough, and there was more to do stabilise the workforce.

“Recent Ofsted visits have identified improvements in our services,” said Wooster. “But of course, there is no room for any complacency, and we will continue to work relentlessly to make improvements to our services so that they are true examples of best practice to ensure we achieve the best possible outcomes for children and young people in Northamptonshire.”