By Alex Turner on July 15, 2022 in Children, Social work leaders 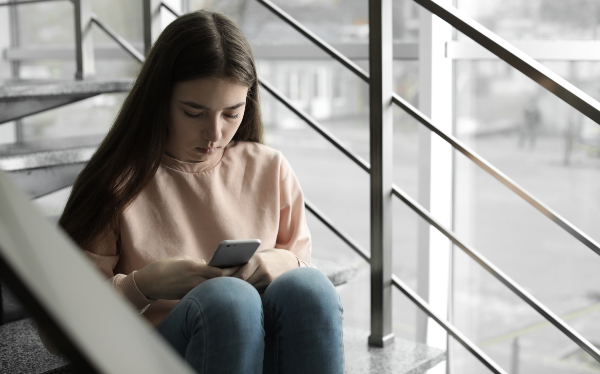 The leader of Telford council has pledged to fund specialist child sexual exploitation staff “not just for the next five years, but beyond” after an investigation into decades of abuse strongly criticised its historic response.

The independent inquiry into child sexual exploitation (CSE) in Telford, led by Tom Crowther QC, found the council and other agencies, including West Mercia Police, blamed victims and ignored abuse. On the latter point the inquiry found “nervousness” about stoking racial tensions, by investigating Asian men suspected of exploitation, was a factor.

Long into the last decade, and after a police investigation, Operation Chalice, culminated in 2013 with seven men’s convictions, the council failed to properly resource, organise and prioritise specialist CSE services, the inquiry found.

Telford’s children abused through exploitation (CATE) team, which at times consisted of just a single employee with no appropriate social work oversight, was described as being a “poor relation” to safeguarding services, which themselves experienced longstanding staffing issues.

The CATE team was almost axed entirely several times as CSE was seen as a lower priority or something that “was over”, with Crowther describing some thinking within the council and local safeguarding children board as “staggering”.

Matters were found to have improved since 2016. But Crowther recommended the council commit to “the continued existence of the CATE Team… at no less than its current strength in both numbers and budget (adjusted for inflation), for a period of no fewer than five years” from the report’s publication.

He made a similar recommendation in relation to West Mercia Police’s child exploitation team.

At a full council meeting on 14 July, Shaun Davies, leader of Telford and Wrekin’s Labour-controlled council, acknowledged that funding of the “dedicated professionals” tackling CSE was a key concern among survivors of abuse.

“The report proposes we make sure the team is properly funded for the next five years,” he said. “I make a personal commitment that for as long as I and our team are running the council, that funding will be protected and I’m sure I speak for everybody in the chamber [when I say] that will be the case for not just the next five years, but beyond.”

‘No attempt’ to put CSE service on sound footing

The inquiry found it was “clear there was a problem” with CSE in Telford from the 1990s and that information was coming from “the community, schools, youth workers [and even] the local press”.

The CATE team came into existence as a “ground-level scheme” formed by youth workers “who had knowledge of the problem and were unprepared simply to stand by”.

But the council’s safeguarding services “quite simply failed to recognise that CSE was a child protection issue”, with the CATE team being sited within youth services and not granted access to relevant IT systems until 2017.

Children’s services imposed arbitrary lines that meant social workers would only investigate CSE cases where victims were under 14 or where parents were implicated in abuse.

“During the initial years, there was no attempt by the [local safeguarding children’s board], by safeguarding or by any politician to put the CATE project on a sound, sustainable financial footing,” the inquiry found.

In 2009, in the midst of Operation Chalice, the CATE team consisted of a single unsupervised individual. Despite being integrated into safeguarding services soon afterwards, the council had “no long-term plan for the team and intended its effective erasure”, cutting a senior staff member and conceiving an ill-defined plan to ‘mainstream’ its work among other teams.

While the CATE team survived a 2012 restructure, it was rehomed within the council’s Cohesion department, which lacked relevant management expertise, and temporarily dwindled again to a single staff member with an “impossible” workload.

In 2013 the LSCB, which the report heavily criticised for continually setting up and dismantling exploitation-focused subgroups in an “embrace of the worst excesses of bureaucracy”, decided CSE need no longer be treated as a priority. The year after, in the context of rising demand, the local authority again considered scrapping the senior CATE practitioner’s role.

“I am driven to the view that the council thought CSE had ended with the listing of the first Chalice trial and that no further response was necessary,” Crowther wrote.

After a meeting of Telford and Wrekin’s children’s scrutiny committee with the CATE team in 2015 highlighted capacity problems, and with the team reintegrated with safeguarding services the following year, the inquiry found it had been “transformed”.

“The Council has, since 2016, finally recognised the importance of the work done by the CATE Team and put that work on a sound financial footing,” Crowther wrote. “The team is properly staffed and supervised [and] is an integrated part of the council’s provision for children and no longer a ‘poor relation’.”

A 2018 review by CSE charity NWG described CATE workers as a “an asset to Telford and Wrekin” and praised its “seamless” relationship with wider child protection services.

The inquiry report noted that the team, now led by a qualified social worker, has the full-time equivalent of 11.6 workers despite receiving the same number of referrals in 2019-20 as it did nine years earlier. The additional capacity was mentioned in Ofsted’s most recent inspection of Telford and Wrekin, where services moved to ‘outstanding’ from the ‘requires improvement’ grade given in 2016.

“The size of the CATE Team was dramatically smaller in 2010/2011,” Crowther noted. “This demonstrates to me the extent of historic underfunding of the CATE service.”

The inquiry found the CATE team’s remit was still focused on a “victim behaviour modification approach”, which it said the council should strive to avoid. Pathway mapping documentation did not reflect the “fluidity and flexibility” that witnesses described the service as now providing, added the report.

The inquiry also remarked on examples of “regrettable phraseology” still present within the CATE pathway, which, for example, referred to children “involved in” exploitation rather than reflecting the presence of coercion and lack of control. It recommended the CATE pathway be reviewed and updated to better demonstrate the service’s function to the public.

The inquiry found risk assessments by the CATE team had recently begun to properly factor in contextual risks to children.

“Furthermore, the close working that I accept currently exists between Safeguarding and CATE should serve to underline that CATE never again becomes – as it began – a substitute for a safeguarding response in CSE cases,” Crowther wrote.

The inquiry recommended that CATE practitioners and social workers undergo regular external training to provide “an up to date understanding of concepts of risk and harm” and the importance of rigorous information recording, which should be backed up by a regular audit.

‘We are fully committed to learning from the report’

A spokesperson for Telford and Wrekin Council said: “We are fully committed to learning from the report and acting on all of the recommendations it makes.

It added that two local CSE survivors, Holly Archer and Scarlett Jones, will play a “major part” in developing the action plan and ensuring victims’ and survivors’ voices are heard.

“One of the concerns survivors put forward in the report is the funding of the CATE team, the team of dedicated professionals who are at the forefront of our response to tackling child sexual exploitation, and who are commended throughout by the inquiry,” the spokesperson added. “The report proposes that the council ensures the team is properly funded for the next five years.  The council’s administration has committed to protecting that funding, not just for the next five years but for as long as they are running the council.”