Half of foster carers considering quitting due to cost of living crisis, finds survey

Large majority of carers having to cut back on essentials, as rising prices risk deepening fostering shortages.

By Anastasia Koutsounia on August 2, 2022 in Children, Social work leaders 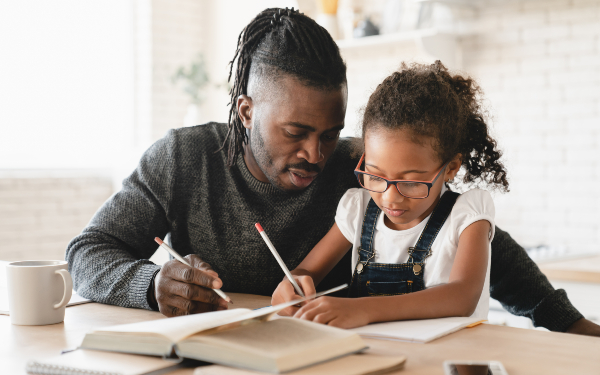 Over half (54%) of foster carers are considering resigning because of the cost of living crisis, a survey of over 1,000 has found.

Information and advice service FosterWiki revealed that, of 1036 respondents to its survey, most (89%) had resorted to cutting back on essentials including food, heating, fuel and everyday activities with children.

A majority (88%) had also received no financial aid from local authorities or independent fostering agencies (IFAs) to battle the rising costs, with 2.5% turning to food banks for help.

With fuel prices soaring, just 6% said they had their mileage costs covered, while for 71% rates did not cover their costs and almost a quarter (23%) got no mileage allowance at all.

The findings come amid significant challenges in recruiting and retaining foster cares, with a 2021 analysis by think-tank the Social Market Foundation predicting a shortage of 25,000 carers in England by 2026.

The Independent Review of Children’s Social Care also raised similar concerns in its final report in May, recommending a drive to recruit 9,000 foster carers in England over the next three years.

‘No one will contemplate fostering’

FosterWiki founder Sarah Anderson said the survey results showed that the fostering community was “struggling for its very existence”.

“No one will contemplate taking on a role in our current socio-economic climate that leaves them in such a vulnerable financial position and an inability to provide for the very children they wanted to care for,” she said.

“Children are already bounced around the system with multiple placements re-traumatising them, creating long-lasting mental health issues and affecting their future outcomes, which are already dire.” 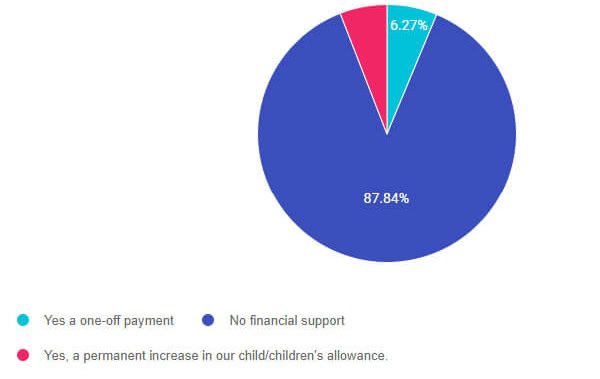 Percentage of foster carers that have received financial help with the cost of living. Photo: FosterWiki

In April, the Department for Education increased the minimum fostering allowances that English councils and agencies should pay carers, by between £3 and £5 a week, depending on the location and age of the child.

However, as of March 2022, the average family’s cost of living has risen by about £400 per month, according to a recent analysis by the Joseph Rowntree Foundation and Loughborough University.

Additionally, the FosterWiki survey found only 5% of providers had passed on the government increase to their carers.

For 40% of respondents, the financial strain was further exacerbated by them having no other source of income.

“I’m terrified the kids are going to be taken away”

Louise, who cares for two foster children alongside her own two children, has had to rely on her husband’s job and dip into savings to make ends meet.

With a total weekly allowance and fee of £300 per child, she is part of the 59% of carers that reported their payments did not meet the full costs of fostering.

“The allowance, what they give us, wasn’t enough 10 years ago and it hasn’t changed since then,” said Louise. “If I’m honest with you, we almost pay to be foster carers.

“What if my husband loses his job? I need to work but I can’t because I need to look after the children. I’m terrified the kids are going to be taken away. They’re very happy here, they’re part of our family – but if we can’t afford to eat, where will they go?

“They’ll be bouncing from home to home in a system that is inadequate.”

Having stopped teaching 10 years ago to meet the requirements of becoming a foster parent, and with almost no savings left to get through the upcoming winter, Louise has resorted to sewing and mending clothes and curtains to bolster her income.

In the past three weeks she has also seen six fellow carers quit because they could no longer afford to choose between eating and fostering.

“I know foster carers who are using food banks,” she added. “The weird twist is we’re absolutely terrified revealing this to our social workers or the local authorities because, if we can’t afford to keep our children, even though we pay for them, we’re worried they will be taken away.”

On the back of the survey, FosterWiki called on the UK government and the Scottish, Welsh and Northern Irish administrations to make one-off payments to foster carers immediately, and then again in November and February 2023, to ease pressures.

“This is essential to stabilise placements, to ensure children’s needs are met, their standards maintained and they remain in secure loving families,” it said.

Responding to the findings, Edwina Grant, chair of the Association of Directors of Children’s Services’ (ADCS) health, care & additional needs policy committee, called the findings “concerning” as “our need for more foster carers is greater than ever”.

She said councils in England were investing in local and regional fostering recruitment campaigns but were hampered by inadequate funding.

She urged the government “to review the situation and then step in quickly to provide any practical solutions required”, and backed the care review’s call for a national recruitment campaign.

“It should focus on the value of foster carers and the good that they do, so we can ensure the right foster home is available at the right time, for every child,” Grant added.

Government ‘must not rely on goodwill’

Harvey Gallagher, chief executive of IFA representative body the Nationwide Association of Fostering Providers, also said that only central government can address this issue, and that it should not be “relying on the goodwill of foster carers” to keep the system going.

While the care review called for better support for foster carers, it did not reference increasing financial support.

Gallagher said was disappointing because, in the context of carer shortages, “

He also urged the UK government to review foster carers’ tax status, which he said was long overdue.

Currently, carers do not pay any tax on the first £10,000 they earn from fostering plus a weekly allowance worth £200 for each child they foster aged under 11 and £250 for older children. However, these rates have remained unchanged since 2003.

“I think that will be an easy win for government, I really don’t understand why they haven’t done it,” he said, adding the sector would need to lobby hard for its inclusion in the government’s response to the care review, due later this year.

In response to the FosterWiki survey, a Department for Education spokesperson said: “We are clear that no foster carer should be out of pocket because of their fostering role”.

“It is the responsibility of fostering service providers to set their own payment structures in accordance with local needs, using the national minimum allowance,” they added, also highlighting the existing tax and benefit arrangements for carers.

‘Why recognising foster carers as workers would provide more stability for children and reduce costs’
What do you value in a social work job?
Community learning disability and autism placements increasingly costlier than inpatient care – report

9 Responses to Half of foster carers considering quitting due to cost of living crisis, finds survey