Five things you need to know about Liberty Protection Safeguards

Following the first parliamentary debate on the Mental Capacity (Amendment) Bill, we list the key features of the LPS and how it differs from DoLS 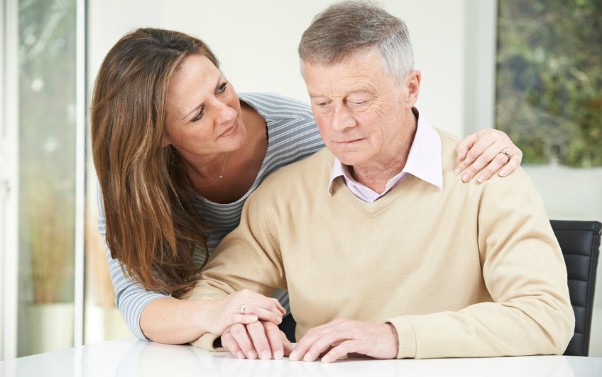 Earlier this month (16 July), Parliament held its first debate on the Mental Capacity (Amendment) Bill, in the House of Lords. During the session, peers discussed the government’s proposed Liberty Protection Safeguards (LPS) model, which will replace the current Deprivation of Liberty Safeguards system (DoLS) after the bill becomes law.

The LPS is based on, but does not fully replicate, proposals made by the Law Commission following its review of deprivation of liberty law in 2017. It is designed to provide a much less bureaucratic system than DoLS for authorising health and social care arrangements that involve a deprivation of liberty to which a person cannot consent.

However, peers highlighted a number of potential problems with LPS, which will next be debated on 5 September, when House of Lords will start scrutinising the bill in detail at its committee stage.

Following the first parliamentary debate, Community Care has worked with Edge Training and Consultancy to produce a survey that allows the social care sector and interested members of the public to voice their opinion about the new safeguarding system.

The results will be reported on Community Care and sent to every MP in England and Wales before the second reading on 5 September.

Here are five key points you should know about LPS.

No statutory definition… but the government is considering one

Last month, before the bill’s publication, Parliament’s influential joint committee on human rights said the government should legislate for a statutory definition of what constitutes a deprivation of liberty. This would limit the scope of deprivation of liberty compared with the Supreme Court’s ‘acid test’, set out in the 2014 Cheshire West judgment, which led to a substantial rise in the number of people whose restrictive care arrangements need legal authorisation.

Besides reducing caseloads, the committee felt such a statutory definition would reduce the level of intrusion on families in relation to cases of people requiring restrictive care arrangements in their own home – a setting which would be covered by the LPS, unlike DoLS.

The committee stated a definition would help to “clarify the application of the Supreme Court’s acid test” and “bring clarity for families and frontline professionals”, adding it would be “unworkable in the domestic sphere” without one.

However, in its 2017 report, the Law Commission  stated that a statutory definition that was narrower than the acid test would be “misguided”. This was because the Supreme Court was based on article 5 (the right to liberty and security) of the European Convention of Human Rights and the case law of the European Court of Human Rights, by which the UK courts are bound. This would mean the Court of Protection would need to authorise deprivations of liberty of people who fell outside such a statutory definition but within article 5.

In the end, the government declined to include a definition in the bill.  However, after peers raised the issue at the second reading of the bill, junior health minister Lord O’Shaughnessy said the government was “listening particularly to the recommendations of the joint committee” on this issue and considering options including having a definition on the face of the bill or in a statutory code of practice.

Under DoLS, a deprivation of liberty authorisation can only be applied to people who are suffering from a mental disorder within the meaning of the Mental Health Act, though, unlike the MHA, DoLS encompasses all people with a learning disability

This was designed to replicate the provisions of article 5, which provides for the deprivation of liberty of people of ‘unsound mind’. However, the Law Commission proposed using the ‘unsound mind’ criterion directly and the government has followed this course in the bill.

The commission’s argument was that there were people of ‘unsound mind’ who are excluded from the definition of mental disorder in DoLS. Using the term would also help the law in England and Wales to adapt to changes in case law from the European Court of Human Rights, a point made by O’Shaughnessy at the second reading debate.

The commission acknowledged that the term is outdated and not in keeping with modern attitudes to people with mental health problems, an argument raised by peers at the second reading.  As with the statutory definition, O’Shaughnessy said the government would consider their concerns but made no further commitment than that.

In line with the Law Commission’s blueprint, the bill would abolish the best interests assessment and put in its place an assessment of whether the arrangements are “necessary and proportionate”. This means that less intrusive measures have been found to be insufficient for safeguarding the person or possibly other people.”

Also, having to meet a best interests test causes complications in cases where the need to deprive a person of their liberty was connected to the risk of harm to other people, said the commission.

However, concerns were raised in the second reading debate about the removal of the best interests assessment, with Labour’s Lord Touhig warning that the “new criteria risk losing sight of what is best for the individual and what the individual wants”.

In response, Lord O’Shaughnessy said there would be “no watering down of the interests of the individual concerned through this process”.

The bill seeks to lighten the burden on local authorities of the DoLS system in a number of ways. Firstly, in England, local authorities will no longer be the body responsible for authorising deprivations of liberty in health settings; this role will pass to hospitals, in the case of hospital arrangements, and to clinical commissioning groups in relation to continuing healthcare arrangements.

Secondly, where the arrangements leading to the deprivation of liberty are in a care home, responsibility for managing the process will fall to the care home manager, though the local authority will be the “responsible body” with the role of signing off the authorisation.

This is one of the most significant departures from the Law Commission’s proposals.

It means that care home managers will need to arrange assessments of whether a person lacks capacity to consent to the arrangements giving rise to the deprivation of liberty, and whether they are of “unsound mind” or decide whether pre-existing assessments can be relied upon.

They must also arrange an assessment of whether the arrangements are necessary and proportionate, which must be carried out by someone with “appropriate experience and knowledge” to make the determination.

The care home manager will also need to have consulted with anyone named by the person as someone to be consulted about such arrangements, along with any attorney or deputy, carer, appropriate person or advocate.

The manager must also have determined whether the person is objecting to the arrangements – if so, their case will be reviewed by an approved mental capacity professional, a new role that will be created by the legislation designed to provide independent oversight.

The government’s view is that this will be more efficient on the basis that it will remove the duplication of assessments that care homes would be doing anyway.

However, this point is hotly contested and the proposals have raised significant concerns, including that care home managers will face a conflict of interest in being responsible as they may be reluctant to identify issues that leave themselves open to greater scrutiny or even legal liability.

Unlike DoLS, under which a fresh authorisation needs to be secured every time an existing one expires, the LPS system makes deprivation of liberty authorisations renewable. A one-year renewal can be awarded after the first year if the responsible body is satisfied that the authorisation conditions continue to be met and it is unlikely that there will be any significant change in the person’s condition during the renewal period. Following this first renewal,  further renewals of up to three years can be authorised.

In care home cases, the local authority is responsible for the renewal, but this is based on a statement made by the care home manager that the authorisation conditions are met, the person’s condition is unlikely to change significantly and the manager has carried out consultation with the same group of people that need to be consulted in the case of an authorisation.

Lord Touhig questioned the provision for three-year renewals in the second reading debate, saying 12-month reviews were more appropriate to fit with reviews of care and support plans.