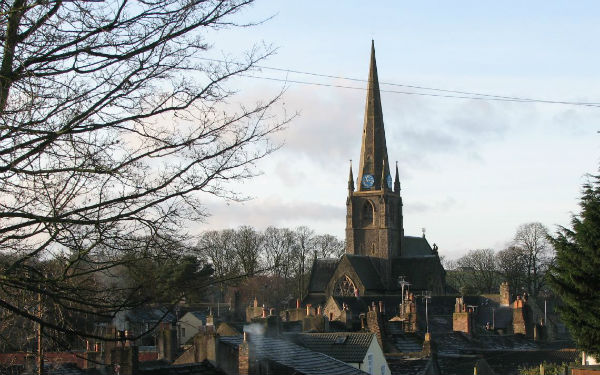 Cockermouth, Cumbria, where an inquest found social worker Annie Peel had taken her own life because of work pressures (image: Tim Herrick)

A senior social worker took her own life after changes at work triggered a severe depression, a coroner’s inquest has been told.

At the inquest, coroner Nicholas Shaw concluded that 66-year-old social worker Annie Peel from Cumbria developed a “severe agitated depression” as a consequence of “stress brought on by changed working arrangements”.

This led to her displaying “strong suicidal ideation”, the inquest record added, and despite interventions by mental health services and the “devoted and intense support of her family”, Peel took her own life in March 2017.

Local paper, the News and Star, reported that the inquest was also told members of Peel’s family had pleaded for an emergency assessment two days before her death.

An informal action plan was drawn up for Peel to help address “competency issues” while employed as a social worker in Cumbria council’s children’s services, but she had seen this as an attack on her credibility and instead wanted to move to a lower graded job, the News and Star reported.

The coroner heard how Peel had suffered from mental health issues before, a stress-related illness in 2004 and anxiety and depression in 2008.

In a statement to the coroner, Peel’s service manager said there had been an audit highlighting concerns about some of her cases, which had upset her despite her welcoming the feedback.

A consultant who had seen Peel told the coroner she was affected by increased work pressure, two complaints against her and a new line manager she did not like.

During the period between 2015 and 2018, Cumbria’s children’s services was considered ‘inadequate’ by Ofsted before moving to a ‘requires improvement’ rating this year.

The council’s deputy chief executive and corporate director for the people directorate, John Macilwraith, said: “We consider the health and wellbeing of all of our staff, including social workers, to be of the utmost importance. Public sector workers continue to be under a high level of pressure, not least due to the difficult financial climate in which they operate.”

Macilwraith added: “In Cumbria, we continue to prioritise and invest in the wellbeing of our workforce, and we have a number of policies and procedures in place to support our staff.  A confident and well-supported workforce is key to help us to meet our duty to deliver high quality services for those in need.

“There was a very difficult and complicated set of circumstances with Annie Peel, and our thoughts continue to be with her family and friends,” he said.