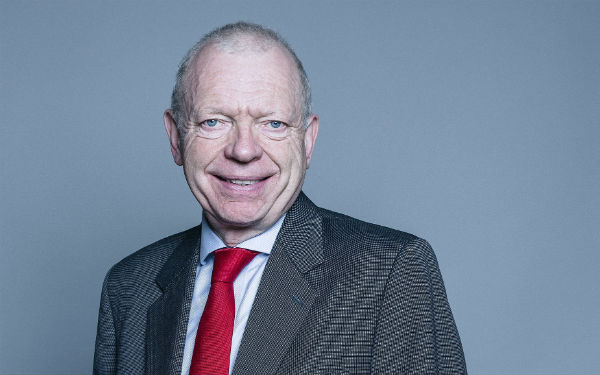 A Labour peer has warned the government must supply a “proper response” to concerns over its proposals for replacing the Deprivation of Liberty Safeguards (DoLS), which face scrutiny in the House of Lords today.

Lord Hunt of King’s Heath has tabled an amendment giving notice of his intent to oppose the insertion of the new Liberty Protection Safeguards (LPS) into the Mental Capacity Act.

In a LinkedIn post earlier this week, Tim Spencer-Lane, who led the Law Commission’s DoLS review that paved the way for the reforms, said the amendment could potentially “kill” the Mental Capacity Act (Amendment) Bill.

Get up to speed with DoLS reform

Are you confused about what will replace DoLS? Then register now for this month’s Community Care Live London where two of the key people behind the reforms will explain what they are likely to mean for your practice. They are Tim Spencer-Lane, the lawyer who led the Law Commission’s project to review the law on deprivation of liberty that formed the basis of the government’s bill, and Sharon Egan, the Department of Health and Social Care who is leading on the reforms.

But Lord Hunt told Community Care he had no intention of trying to shoot down the legislation entirely. He said though that a general debate was needed in order to air concerns around the substance of the bill – in particular around the proposed role given to care home managers in deprivation of liberty assessments.

“My first concern is around the capacity of care providers to do the job properly,” said Lord Hunt, who added that he was “shocked” that the government’s impact assessment did not suggest this would be a major issue.

“Secondly, and more fundamentally, there is a basic conflict of interest between the role of care home providers and in relation to organising and conducting assessments,” Lord Hunt said.

“I don’t disagree with the broad intent of the bill – everyone agrees the current situation is not working – but this decision to extend the responsibility of care providers needs proper debate. [That will happen] today, but I’m sure it will come back at report stage – and if the government hasn’t given a proper response, I think then we will want to make changes to the bill.”

‘Not fit for purpose’

Lord Hunt’s comments echoed the results of a survey of 900 professionals, published earlier this week, which revealed that the majority were opposed to elements of the LPS. Almost nine in 10 disagreed with the proposed extra responsibilities given to care home managers.

Martin Green, the chief executive of provider body Care England, also complained this week about the inherent conflict of interest.

“While reform is necessary, as providers we cannot fathom why the Department of Health and Social Care is intent on driving forward a bill that is simply not fit for purpose,” Green said.

“If we are agreed in the final outcome, namely protecting the vulnerable, the government must draw on the expertise contained in the Law Commission’s extensive report and start again with due consideration to all parties involved in protecting those in need, backed up by proper consultation and impact assessments.”

Lord Hunt said he believed there was broad appetite within the Lords to reverse some of the key changes made by the government to the Law Commission’s original proposals.

As well as the issues around care providers’ responsibilities, these include the question of what age the LPS would apply from (16, rather than 18 in the Law Commission’s proposals) and the weight given to individuals’ wishes in best interests decisions.

“It will be a good debate and [Labour] are serious about trying to change the bill if we don’t get proper answers,” Lord Hunt said. “It’s notable though that the amendments that are listed come from all around the House – that is very significant.”