How social workers can tackle the effects of Islamophobia 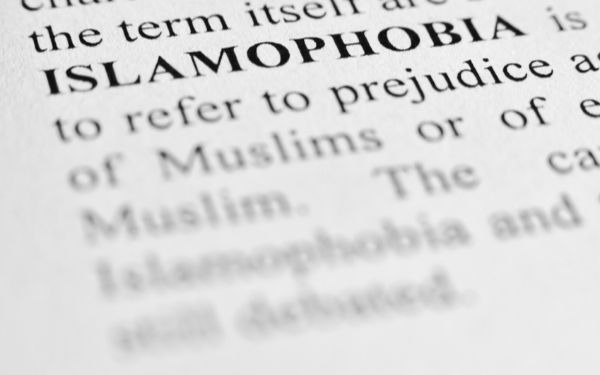 Over the past few months in Britain, we have seen the rise of islamophobia. One of the examples is the ex-foreign secretary, Boris Johnson, making comments about burkas – ‘… looking like a bank robber ….looking like letter boxes’.

This happened in a context of significant increases in physical and verbal attacks, desecration of religious sites and symbols, religious profiling, bans on specific garments and discrimination in education and employment of Muslims, and does raise the question of the progress made under the umbrella of diversity and multiculturalism.

Some of us still believe that we have made progress and should not let Islamophobic acts derail social workers’ endeavors to eradicate discrimination from the inner fabric of our society.

Islamophobia is a contested term and involves more than fear of Islam or of “Muslim”. But it is definitely not a phobia the way psychology and mental health professionals define “phobia”. The problem with the word Islamophobia is that it does not encompass a diverse group of people – e.g. different races, ethnicity, nationalities, and cultures who subscribe Islam as their religion – in relation to discrimination.

Hence, some authors use the term ‘anti-Muslim racism’. Simply, it is about discrimination against people who recognize themselves as “Muslim”. Whatever name we give to this social phenomenon, it is undeniable that people who adhere to Islam as their religion or who ‘look like’ Muslims are experiencing discrimination in British society.

However, in social work, we shy away from discussion on this issue.

According to Latham (2016), there is a silence in social work regarding this matter. It is not going to fade away; we need to face it regardless of our uncomfortable feelings. This is a possible framework for social workers to combat and deal with Islamophobia.

Although there is a plethora of literature about anti-discriminatory practice due to the complexities in relation to areas like demography, ethnicity, culture, and socio-economic and political issues, islamophobia requires a different framework to understand and intervene.

Islamophobia operates on three levels and can be explained by an acronym ‘3 Is’: individual, interpersonal and institutional; and it could manifest in a wide variety of circumstances and relations.

So, tackling this issue requires the use of practical strategies which can be encapsulated within ‘7 Es’ – Explore, Examine, Engage, Enable, Empower, Equal and Eradicate. These operate on three levels that are interconnected and interdependent. This model is based on personal construct theory, strengths-based and person-centered approach. This is how social workers could use ‘7 Es’ on the individual level.

There is two dimensions to the individual level: the inner self and practice with service users.

Social workers need to carry out a self-audit exploring and examining their own stereotypes and prejudiced beliefs about Islam and Muslims. They need to deconstruct their own understanding, stereotypes, and prejudices. A process of self-examination should initiate the process of self-engagement to make a positive change by having an honest dialogue with one’s true self in order to eradicate Islamophobia.

To achieve this, it may be that social workers need to explore and seek information about themselves from valid sources. Social workers have to be confident and keen to challenge themselves.

Explorations and engagement should not be confined to oneself but to service users who associate themselves with Islam. Social workers need to explore how service users see the world and interact with it. They need to be open-minded and should avoid viewing Muslims as a homogeneous group having a homogeneous culture.

Understanding Islamophobia in the context of history is important, social workers should not shy away from accepting and challenging the consequences of imperialism and Orientalism have on service users and their family’s behaviours.

Those salient and widely-used social work skills and values such as treating service users with respect and dignity, communicating effectively including listening actively, and using person-centered approaches are fundamental to bring positive change to service users’ lives.

However, it is difficult to put all these skills in motion unless humanistic values and social justice become the first outcomes and priorities for social workers. Hence, equality sits in the ‘7 Es’ framework. Promoting equal and fair opportunity and choice is fundamental to combat and eradicate Islamophobia.

Islamophobia impacts on the individual’s identity, it undermines service users’ confidence and self-esteem; making them feel unwanted, isolated and marginalised. Hence, as well as practical support, therapeutic support is equally vital. That means social workers need to enable individuals to grow, develop their network and gain new skills to become self-reliant and self-sufficient. We enable them to challenge discrimination appropriately wherever they experience it.

The aim is to enable them to rise above discriminatory behaviour. Social workers need to focus on enhancing a service users’ strengths by empowering them to build up their resilience and their own identity. All these practical strategies aim to operate in an integrated fashion to eradicate the effect of Islamophobia on an individual level in social work.

It is not just about our service users. Social workers themselves need to constructively engage with other professionals, colleagues and managers to change their stereotypes and the prejudice that underpin islamophobia. Engagement also could be on the structural level to challenge discriminatory and oppressive policies and guidance. This is just an example of how the ‘7 Es’ framework operates in interpersonal and institutional level.

Due to workload pressure, an expectation to achieve savings and social demands, it is difficult for social workers to step back from the process-driven agenda that can maintain the status quo and keep a blind eye on discrimination against Islam.

Social workers need to be vigilant and stand up for the rights of vulnerable people. It is about challenging dual loyalty between service users’ rights and accepting policies to control society. We should speak up and challenge where social workers see discrimination and injustice.

Sharif Haider is a lecturer in social worker at the Open University.