Families of four or five were living in one room: how social work and the housing crisis intersect 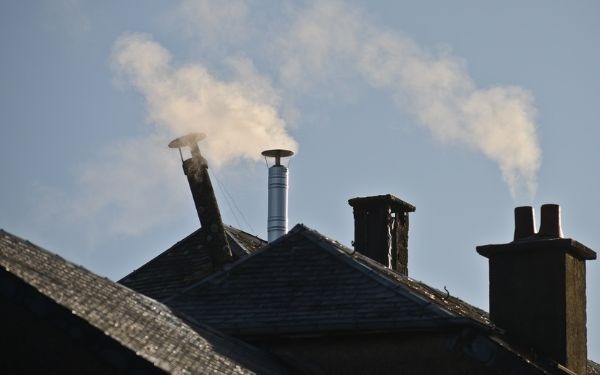 I first witnessed the reality of the housing crisis as a student on my first placement in an inner-city London borough. Having left Coventry, economically a student-focused city, I’d already seen how landlords were dividing family homes into 5 or 6 bedroom houses to draw greater profits and how it was bleeding into communities.

Having spent some time living in similar builds, I can attest to the feelings of alienation and claustrophobia it produces; living on top of each other, not connecting, having little-to-no space outside of one room.

Still, one feels that it’s a step towards stability, a rite of passage for students to live hard in order to live better.

London, however, was a completely different game altogether. I quickly had to adjust to working with families of four or five living in one room of a B&B, sharing two beds, living in squalor, in temporary accommodation with no stability and the threat of eviction at any time, struggling to find a landlord who will accept housing benefit or living miles away from their children’s school/s.

One family, having had to accept living in a mice and cockroach infested home, with no working kitchen appliances, were eventually deemed intentionally homeless when they had fled from a violent partner who was stalking them.

The mother of that family had been complaining of the effect living in that environment was likely to have on her daughter’s health. There is a wealth of academic research nationally and internationally that identifies the effect of poor quality housing on children. From emotional, physical and social developmental delay to respiratory problems to higher risk of exposure to child sexual exploitation, housing permeates the lives of children in a myriad of ways.

Research into housing also suggests that poor or unstable housing is linked to increased rates of poverty. Instead of a home acting as a place of rest and leisure from work it is now another part of a person’s life in which profit is drawn out without sympathy or humanity. The lack of affordable housing in London means that many families who have spent their whole lives in one borough are now forced to leave their communities.

This isolation from support networks adds more stress to providing care to children and increases the work that children’s services has to do. The housing crisis is a deliberate and structural concern that current social work does not pay enough heed to.

Our ability to assess housing is flawed. The common assessment framework in particular seeks to examine housing without investigation. It is, for many social workers, considered an equal need among all other needs. Instead housing should be seen as a factor which either exacerbates or compliments all other needs.

With stable, good quality and affordable housing we see better physical and mental health in children and their caregivers. Without it we see increased symptoms of neglect in children, higher risk of substance misuse, stressors which make domestic violence more frequent, more referrals about risk to children. The knock on effect of not having housing stability is why it is a baseline in a hierarchy of needs. Without it, we can’t ever expect our families to come close to self-actualisation.

This is not to suggest that many of the reasons why social care becomes involved in family life is directly because of housing. Family functioning is complicated and risks to children arise just as much because of individual failures or a lack of adequate skills and tools. The need for individualised therapeutic social work with families cannot be explained away by a critique of the housing crisis.

However, considering the scarcity of resources allocated to the types of families social workers interact with and the cuts to early intervention services, the frequency with which housing departments tend to work in silo (often neglecting their duty to cooperate), the punitive legislation surrounding intentional homelessness which makes it more difficult to access affordable homes later, welfare reforms which target poorer families etc. it’s not much of a stretch to make the links.

I was surprised then, in studying these exact links for my final year dissertation, to realise that they haven’t been made in social work for a quarter of a century. Not since 1993 has research been dedicated in any detail to bridging this gap. Gill and John Stewart argued at this time for a ‘social work approach to housing’ at a point where social housing sell-offs were creating a crisis of scarcity for service users. In recent years, the continuation of that project as well as changes to housing development laws and tenancy rights, the return to that approach seems more and more relevant.

Many social workers I know talk openly about how the work they do is more about fighting fires in times of crisis rather than their preferred relationship-based practice. When families are primarily focused on issues of housing it becomes harder to engage them on other pertinent issues relating to safeguarding their children.

The need for a dialogue around the impacts of the housing crisis on social work is more necessary now than it has been for some time and it would appear that the research mindedness that social workers are expected to foster in their practice is lacking in this regard. This is exampled by the drought of research available to inform practice.

Whether the approach for the future is in community social work, re-establishing links in grassroots organisations around housing (of which there are many), or developing a more acute understanding of the ways in which housing intersects with everyday practice, social workers must seek to find a way to retain the values of their profession and not passively allow families to continue living in these same conditions.

Daniel Sillman is a social work assistant in a safeguarding team. He has just completed his dissertation and will register as a social worker this year.

How a council is reducing caseloads and the emotional burden of child protection for its social workers
Registered Manager, Cheltenham, Gloucestershire. Up to £37,000 per annum + bonus

2 Responses to Families of four or five were living in one room: how social work and the housing crisis intersect