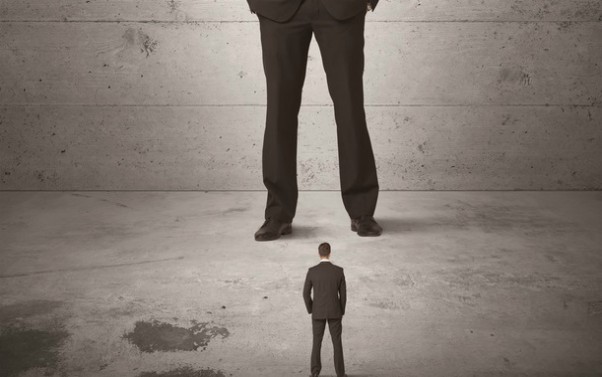 By Colin Slasberg and Peter Beresford

The Local Government Association’s (LGA) contribution to the impending social care green paper, due to be published this autumn, shows how far the sector’s leadership falls short of securing the confidence of the elderly and disabled, who rely on policy and local services.

The report’s title, ‘The lives we want to lead’, alludes to a vision that excites, but the strategy to achieve the vision is utterly inept. The basic premise of the report is that the social care service is in good shape, but needs greater financial backing. Yet, this rose-tinted view of services is flatly contradicted by evidence from numerous surveys and sources.

Meanwhile, the sector hasn’t the first idea of how much money will actually be required for people to “lead the lives [they] want”. It is a prospectus that stands next to no chance of influencing any government, no matter its colour.

True state of the service

The LGA’s green paper report proclaims “social care has delivered”. It says it can “take pride in the role it plays in supporting people’s lives” and states “personal budgets give people choice and control over their care”. Yet, the evidence tells a very different story.

Survey after survey shows the only people who are consistently experiencing better outcomes are the small minority with the confidence, skills, time and energy to escape the mainstream system by managing their own support.

Evidence reveals the concept of a personal budget as an up-front allocation of money to give choice and control is undeliverable, with the strategy now completely moribund. Moreover, inequity is rampant and worsening with service users of councils serving the most affluent communities getting twice the level of support of service users of the lowest.

While satisfaction surveys administered by councils themselves often return positive results, surveys carried out independently show the opposite. Last year, Age UK spoke to older people around the country and found that people were “shocked” by the poor quality of the service.

The sector’s positive view of itself derives more from management spin and hubris than fact. Although further short-term injections of cash may be required to keep the current system afloat and stop older and disabled people experiencing the very worst effects, the LGA’s message of more of the same is both unappealing and unconvincing. It would be throwing good money after bad.

The LGA says £5 billion is required to meet both unmet and under-met need. Unmet need is about people entirely excluded by the system and under-met need is people in the system but who have insufficient support to lead the lives they want. The LGA’s problem is that, because of the way the eligibility test works, the system denies either of these problems exists.

Therein lies a fundamental credibility problem. Why should government provide money to meet needs that councils, through detailed professional assessments of individual need, have decided are not important enough to be a public responsibility? They have been deemed to be mere wants and wishes, not needs. How can government be expected to attach credence to the claim for a large sum of money based on such a dramatic and unexplained volte-face?

The LGA’s report proceeds to dig itself deeper into a hole; where did it get the £5 billion estimate from? Firstly, it speculates about the number of people who might be excluded from the system. It then assumes support for those people based on the profile of existing support. This will, of course, fail to provide a penny more for people in the system with under-met need.

This is people like “Josie”, one of a number of cases the report uses to illustrate the problem of under-met need. Having previously led a professional life, Josie is now in need of support. What she gets enables her only “to exist”, but trapped in her own house, unable to make the contribution to society she believes she still could. The LGA’s methodology would leave Josie, and the many thousands her case illustrates, continuing to lead a life far below the one she wants.

The credibility problem doesn’t stop there. The LGA boasts of councils up and down the country saving millions of pounds from innovations based on combating the tendency of the system to create dependency. Yet, the £5 billion estimate makes no allowance for eliminating this waste. A reasonable tax payer will surely expect any innovations that are truly effective in reducing demand to be applied across the sector to offset funding required for unmet and under-met need.

Finally, the association says a further £1.4 billion is needed to pay a “fair price” to independent providers. While this might stabilise the current market, meeting basic task and volume contracts that allow people to merely exist will fall well short of a price that would enable regulated providers to provide the personalised support required to support people to lead the lives they want.

The LGA describe its estimate as “indicative”. We believe it is being rather generous to itself.

We can be sure the green paper will come up with new proposals for how social care should be funded. But, whatever the source of funding and however convincing or otherwise these proposals are, they will not address the burning questions that determine the nature and quality of the service. What is the purpose of social care, what level of funding is required to achieve that purpose, and how will we get to that level of funding? These are questions successive governments have ducked for decades.

The failure of the sector’s leadership to show how they can be addressed with anything approaching credibility adds to the risk that the green paper will continue to duck them. That would mean the service would continue to be impoverished and institutionalised in character. Increases in funding would come only in reaction to crises, such as threats of market collapse or as a mere adjunct to the NHS. But it need not be this way.

Sector leaders are missing the painfully obvious. The moment a vision is adopted for how life should be, whether expressed in terms, such as the “lives people want” or the more internationally accepted “independent living”, there is an immediate tension between sufficiency of resource on the one hand, and affordability on the other.

The level of support that would be sufficient for any individual to achieve the vision may not be affordable within available resources. The prevailing system eliminates this tension. The eligibility decision is actually determined by the realpolitik of affordability.

Josie’s council would have had no information about the level of support she required to have the life she wanted. They would have told her that all her eligible needs are being met, and it is no more than a personal wish to be able to re-engage with society.

If sector leaders are serious about creating a vision for how life should be for the elderly and disabled, they will have no option but to accept this simple remedy: eligibility of need will have to be replaced with affordability of need as the means to control spending.

Simple as this remedy might be, the implications are far reaching for sector leaders and their staff. Their entire operations are geared to delivering the eligibility process. The skills of practitioners and budget holders are honed to deliver it, and so are all their infrastructure processes.

It’s a system that makes it possible to give political leaders the assurance there is no funding shortfall. The permanent secretary to the Department of Health and Social Care told the Public Accounts Committee only last February there was enough money in the system to meet all obligations under the Care Act. When need is determined by resources, that’s a statement that is always true, no matter how large or small the budget.

Sector leaders need to be aware that adopting a vision for how life should be will not happen with another round of cheap sloganeering; the consequences are profound. They will have to vacate a universe so familiar to them, one which revolves around protection of resources, and move into a new and unfamiliar one that revolves around people.

It can be achieved without any financial risk and within current legislation but it’s a universe where the cost of achieving the vision will become known and the gap between needs and resources will become a political reality. The size of the gap at any point in time will become the true measure of political commitment to the vision.

Social care will join the NHS where waiting times have long fulfilled this function for health care. Within this new universe perhaps lies the path for integration of health and social care as authentic partners.

Peter Beresford is emeritus professor of social policy at Brunel University, professor of citizen participation at Essex University and co-chair of Shaping our Lives; Colin Slasberg is a social care consultant and a former social worker and assistant director of social services

How can we use strengths-based approaches in social work?
Ofsted shakes-up inspections for ‘inadequate’ children’s services