Social work practice doesn't need transforming, Sir Alan Wood, chair of the children's social care What Works Centre, tells Community Care – but more evidence is needed to understand what will have an impact where 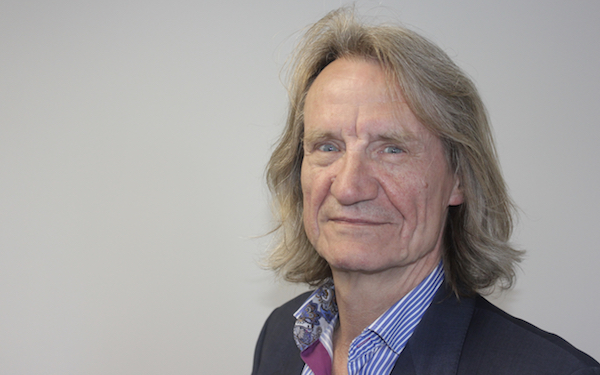 It only takes a few minutes in Sir Alan Wood’s company before his reputation for plain speaking shows itself to be accurate.

The chair of the children’s social care What Works Centre, who has been in post since early summer, begins advancing an argument that his new organisation’s role shouldn’t extend to driving reform.

“It’s not our responsibility to make sure local authorities do X,Y or Z. But at all levels, information and evidence should be made accessible and relevant – that’s our job,” he says of the centre, which has been set up to promote evidence-based best practice.

“We can take the horse to water, we can’t make it drink,” Wood continues before pausing.

“We can give it a good kick though,” he adds with a grin.

Providing children’s services with forceful motivations to improve is something Wood has become synonymous with. As a director at Hackney council, which he joined in 2001, he oversaw a turnaround in the borough’s schools and pioneered Isabelle Trowler and Steve Goodman’s much-imitated Reclaiming Social Work model.

More recently he has conducted government reviews at troubled councils in the wake of negative Ofsted inspections. In 2013, he co-authored the report that sent Doncaster down the then-untrodden path of transferring children’s services out of council control and into an independent trust.

We’re here to find out how that experience translates into offering a way forward for the What Works Centre – which must quickly prove its worth in order to attract funding – and its mission to improve social work practice.

‘Money needs to have an impact’

Two things, Wood says, convinced him to go for the job in the first place.

“First, it was clear to me that a lot of what we did was not based on substantive evidence,” he says. “As we move into a period of very serious resource challenge, we need to know whether what we’re spending money on is having an impact.”

“Second,” Wood goes on, “having started the application process, I became aware of really solid determination from those involved in trying to build the What Works Centre around what it can achieve if successful.”

That aspiration is still far over the horizon. As Wood acknowledged at the National Children and Adult Services Conference (NCASC) in November, the organisation is still “just a contract with the Department for Education and two consortia”.

One of those organisations, the charity Nesta, rents space to the centre within its headquarters by the Thames – an airy glass box installed behind a period facade, which feels light-years from most local authority offices. It’s here we meet Wood, smart-casual in polo shirt and jeans with his trademark blond mane recently trimmed, and running short on time before he has to jump on his bike to make another appointment.

Soon, the What Works Centre plans to relocate into a more permanent home. Last month, meanwhile, it made other concrete moves, publishing its first research pieces – including a review questioning the evidence base behind Signs of Safety, which drew a swift response from the practice model’s proponents.

‘Can you tell me how to set the desks out?’

A crucial role for the centre, Wood says, can be to make practice leaders pause – to build a watertight case – before committing scant resources to changes that may or may not work for them.

“When we introduced Reclaiming [at Hackney], the evidence base didn’t exist – but we created one by ensuring it was evaluated at the same time,” he recalls. “But we then had people ringing us up saying, ‘We are doing Reclaiming Social Work in our council, can you tell me how to set the desks out?’ – it was completely mad!” In 2013, Community Care reported on concerns over councils ‘cherry-picking’ the model without clear ideas of how they expected it to effect change.

Without an embedded culture of using evidence, Wood says, it can be tempting for councils searching for improvement to run with whatever system is making waves. At the What Works Centre’s NCASC session, Forrester described the Signs of Safety review as a “wake-up call”. A serious case review published soon afterwards drew attention to shaky implementation of the practice model as one possible factor affecting poor decision-making around three children suffering chronic neglect.

“Signs of Safety has had lots of promotion, got a big chunk of Innovation Fund money and has been rolled out in dozens of local authorities,” Wood says. “Talk to people and some will say it’s the most effective thing they’ve ever had – but others will say, ‘We’re not so sure,’ and then ask them how they are doing it and it’s not necessarily what you’re supposed to.

“We will be able to say, if something works well it works well in this set of circumstances,” he adds. “If you don’t do this, it won’t work well for you; if X is your objective it may not work for you but if Y is, it probably will.”

What goes for new social work approaches, of course, can also be true of other major changes, including the controversial ‘alternative delivery models’ that have seen some children’s services leave council control, and which Wood is associated with.

In Doncaster, social work has prospered since the formation of its children’s services trust. In January 2018, the formerly ‘inadequate’ organisation was judged ‘good’ across the board by Ofsted.

Other experiments, notably Achieving for Children, which operates services in the London boroughs of Kingston and Richmond and in nearby Windsor and Maidenhead, have also worked well.

But elsewhere, notably in Slough and Sunderland, progress has been uneven, while other local authorities have been given stays of execution, with the risks of outsourcing deemed to outweigh the benefits.

So how does Wood feel the evidence is stacking up for such interventions?

“You’re right, it’s a mixed picture – but it is an improving one,” he insists, adding that he still sees a future for the trust model where it’s clear local government has failed.

Wood adds that he regrets that trials of small-scale community social work practices, similar to legal and medical practices, have not been given more of a chance to prove their worth.

“But I don’t think the sector needs lots more transformations – it needs consistent pushing on the right buttons,” he says.

‘A profession people want to join’

One of these buttons is about keeping the government’s focus on attracting the right people into the profession, Wood says.

“Are Frontline, Step Up to Social Work and so on sufficient? I’m not sure they are – and part of the problem is about making this a profession people actually want to join,” he says. “If the culture is to say, ‘Look at all these terrible problems,’ instead of saying there are specific issues – which we can deal with…” he tails off.

Change, according to Wood, means creating a positive image of social work, based around professional development and opportunities to specialise. “So the expectation is that you will be a highly effective, skilled practitioner, that everything will be done to ensure your practice improves, and to keep you close to practice throughout your career – that is really important,” he says.

Talk of development also brings us onto the subject of the higher education system, which, in a 2014 interview, Wood infamously described as “turning out crap social workers”.

He says that, emotive language notwithstanding, he stands by his assertion that the quality of social workers coming out of schools is still not consistently high enough – in part, because it is not always sufficiently practice-based.

“My view is that the best model is when groups of local authorities work regionally with high-quality local universities and commission them to provide a curriculum for their social work students,” he says. “I think the profession is owed that commitment, to focus much more on high-quality provision of initial training of social workers.”

Joking that what he’s about to say may “freak people out”, Wood suggests that ‘does social work education work?’ could end up being a question the What Works Centre tries to answer.

Doing so, he says, could be one element of a big-picture exploration into why some areas with resource problems, tricky transport situations and high levels of poverty and need attract, retain and develop social workers while others struggle.

“There are local authorities where we have tried hard with different programmes and interventions and nothing is moving,” Wood says. “We just have to go and rethink what is happening and what issues are – we can’t give up and leave them to get on with it.”

Wood is into his stride now and begins animatedly reeling off further areas where the What Works Centre might want to expand the evidence base.

These include whether large rural areas fundamentally need more money per head to do social work well, whether interventions by government departments – including setting up trusts – actually work, and whether inspections help or hinder councils’ improvement journeys.

“The system isn’t in crisis or falling to bits,” Wood says. “It has some identifiable deep challenges and problems, and when we have focused and sought to correct those we can provide remedies.”

These are inquiries for the future though, and in the much shorter term the What Works Centre must prove its usefulness to social workers. Wood acknowledges a need to promote discussion by making as much use as possible of practitioner panels – potentially by setting one up for each region.

For now, 21 partner local authorities are in the process of developing tools and resources around using evidence and research, while another handful will also be announced soon to deliver the centre’s £2 million Change Programme. The latter is exploring devolving budgets to practitioners, and basing them in schools.

The What Works Centre also gave a first look at its interactive ‘evidence store’ at NCASC, which it hopes will provide an accessible, easy-to-navigate one-stop-shop that becomes indispensible for social workers at all levels.

“If we have a research paper we need to have a summary, details represented graphically, key factors that make something work and factors that can hinder it,” Wood says. “People need to be able to see quickly whether an intervention is likely to remedy the challenges they are trying to resolve.”

But with less than a year to prove its worth to potential funders – from which Wood says the centre will be looking for £1-200 million – the clock is ticking.

“We aren’t assuming someone will turn round and say, ‘OK, time’s up, we will give you some money,'” he says. “We’ll have to win over the DfE, the Cabinet Office, the Treasury and the wider sector to saying, ‘This is clearly making progress and having an impact, it has great plans and will be worth investing in – because if we do it will improve outcomes for children.’

“But I’m optimistic,” he adds, picking up his cycle panniers and getting ready to leave. “There won’t be any lack of effort or ingenuity on the part of people here.”