Principal social worker Marion Russell has spent the last six years researching the role for her PhD. Here, she outlines her findings. 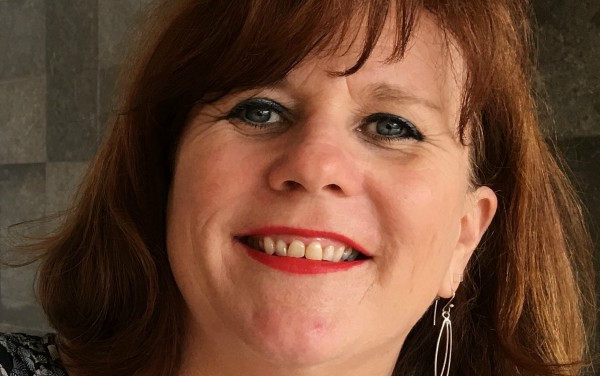 In 2011 when Professor Eileen Munro published her recommendations for the child protection system in England and Wales, it was the culmination of a series of government sponsored investigations into the state of social work influenced by the high-profile deaths of Victoria Climbié and Peter Connolly.

Munro identified that reforms to child protection social work over several decades had in fact moved the system from one which valued professional expertise, accountability and judgment to one that was focused on compliance, transparency and procedure.

She also identified a disconnect of communication and understanding about the realities of frontline social work at senior managerial levels.

A bridge between social workers and senior managers

To change this, Munro recommended every local authority create a Principal Child and Family Social Worker (PCFSW), who would have the status and responsibility of a senior manager but still be actively involved in frontline practice. This role would then act as a bridge between social workers and senior managers, ensuring better communication and challenge.

Munro’s report was considered by many to be innovative and creative and almost all the recommendations were accepted by the coalition government of the day. There were some criticisms around a lack of detail as to how such recommendations could be implemented.

I was the first PCFSW to be appointed following the review and was chair of the fledgling Children and Families Principal Social Worker network six years ago.

My fascination with how the role has been implemented and developed in children’s services led me to base my doctoral thesis on it. This has now just been completed, after six years of very little social life and many late nights as I continued in my day job as the PCFSW and, latterly, head of practice and standards in Cornwall Council.

My research built on findings from the then College of Social Work’s surveys in 2013 and 2014 about the implementation of the role. Extensive interviews were then conducted with 13 senior managers, who had been, or were, responsible for implementing the new role, and two focus groups, with 15 principal social workers in total.

While some standalone PCFSWs did undertake direct practice, this was not the case for all of them and many described their frustration at the ‘managerial’ tasks preventing them from doing so. These standalone roles were often perceived to be closer to practice but had varying levels of ‘status’ and ‘authority’ within the organisation.

The second ‘hybrid’ role was described by some managers as an approach that acknowledged reform was a priority, but PCFSWs in those roles found it difficult to focus on their new and different functions. More often than not it was the pre-existing managerial tasks that took precedence.

Where those functions included quality assurance or learning and development then some level of reform was recognised. However, aspects of the PCFSW role, such as undertaking direct practice, proximity to the frontline and challenging senior leaders tended to be far less prominent.

Many senior managers did not feel that the role necessarily needed to be so close to practice, but this was contested by the PCFSWs, who all shared the notion of ‘practice’ as a defining character of their professional identity and purpose.

Challenge is not welcomed or accepted

Another contested area was around communication and challenge. Senior managers often believed the PCFSW role was improving the communication with frontline social workers and was being successful in challenging senior leadership. However, the typical experience of PCFSWs was that opportunities to challenge were often not there, and any challenge offered tended not to be welcomed or accepted. Even if one senior manager was open to challenge, often the response from other managers in the hierarchy was perceived as a barrier to the change being sought.

In both roles, PCFSWs described tensions and difficulties because of what continued to be linear, top-down approaches to change from senior managers. They also all seemed to encounter continuous negotiation over their status and remit with one participant describing their role as having to ‘dance across the service system’.

Both managers and PCFSWs acknowledged that some of the challenges in implementing Munro’s vision of the role were because of financial, cultural and ideological constraints as well as government imperatives, Ofsted inspection requirements and council priorities.

Recent policy decisions from the Department for Education would seem to have reinforced those traditional and linear service systems.

For example, the introduction of the Knowledge and Skills statement and assessment and accreditation has created a list of competencies to be met by social workers undertaking child protection practice. It appears to have superseded the professional artistry mode of the professional capabilities framework (currently owned by the British Association of Social Workers) for most social work leaders.

Ministers have stated The What Works Centre for Children’s Social Care will develop a powerful evidence base for social work and support its translation into better practice on the ground.

Impact of Munro has been minimal

However, this will require acknowledgement that social work in each local authority area is an ecosystem of complexity that differs from its neighbour. We have very little understanding or evidence on what is the best way to introduce and implement national reform in such circumstances.

I have concluded that the impact of the Munro Review of Child Protection has been minimal, or at least muted, as an influential policy driver for change and reform of social work largely because of a lack of appetite to change the closed systems that operate amongst the leaders of social work systems.

Every day, frontline social workers face changing complexity in their work with service users and this requires them to operate in open and adaptive ways. Increasing their autonomy, learning and professionalism in the ways envisioned by Munro is therefore almost impossible when social work leaders are operating in leadership systems where compliance and managerialism prevail.

Thus, it is highly unlikely that a single role, the PCFSW, can singularly effect any real change within organisations or the wider social work system while this remains the case.