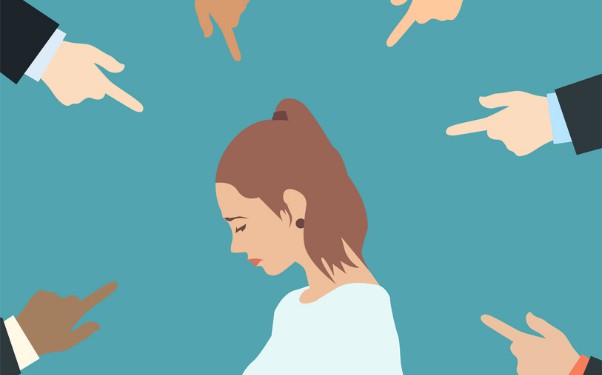 As part of my work with Community Care to develop a social worker retention risk tool, we have used research to identify the key factors that contribute to social workers thriving in their jobs and being more likely to stay in them.

One of these factors is the issue of blame and shame. It affects social workers both young and old, experienced and inexperienced, and contributes to decisions to leave jobs and the profession.

Yet, I would argue it is probably one of the least understood elements within the sector.

Shame is a powerful force which limits potential and capacity.

Much has been written about the blame and shame of individual social workers caught up in high profile and often tragic incidents – the death of children or abuse of vulnerable adults for example. But these are not the only cases where a professional can feel shame or blame or the impact of it.

Most social workers are having to work with service users who also feel ashamed: the sexual abuse victim who blames themselves, the working mother who uses the food bank at night to avoid being seen; the young man who cannot find a job.

In these cases the shame is caused by events that are often out of the service user’s control but are experienced as their responsibility and failure.

Social workers will know how such feelings and emotions can complicate a case and often make improving outcomes much slower and more difficult.

Yet social workers themselves can experience a similar form of shame caused by the current policies of austerity.

For huge numbers of practitioners in the field, being a good social worker and doing good social work involves a professional ethic of helping; of supporting service users to try and achieve positive change.

Yet often they feel unable to do this because of a lack of early help and support services available, the rising nature of thresholds and a lack of time to spend with families.

Social workers experience shame then when they are forced to practice in ways that are experienced by service users as punitive.

For example, if resources are cut back to the point where only the legal requirements of social services can be delivered, this often means social workers end up using the most draconian of interventions, such as the removal of children and mental health sectioning. Relationships with service users then become pervaded by fear, hostility and non-cooperation.

On top of this, criticism from the media creates a backdrop to professional practice of constant public pressure, of not being able to take pride in their jobs because of the poor reputation of social work and the subsequent ever-increasing fear of getting it wrong.

If an employing organisation then adds to this shame by internal policies and structures which contribute to a feeling of being ‘blamed’, even if only as part of a quality assurance programme, then it is perhaps not surprising that many social workers will look to escape and try to find other options for work.

It is a difficult situation to judge for social work leaders, as a quality assurance system is essential for understanding how service users are experiencing frontline practice and there is some evidence it contributes to a social worker’s feeling of being in a safe organisation.

Adapting systems to the current reality of social work

But perhaps more thought needs to be given to how those systems are implemented, managed and experienced by frontline social workers.

Systems that would be fine in a well-funded, well-resourced and confident profession may need to be adapted to the current reality of social work practice and the environment in which it is operating.

An example of more creative thinking in this area can be seen in North Yorkshire, where social workers experienced their audit system as ‘being done to them’ so senior leaders adapted it, actively working to find a solution that could still provide oversight while ensuring social workers felt supported and empowered to improve practice.

Lincolnshire County Council is another example where senior leaders are beginning to examine how existing policies and systems are psychologically impacting on social workers. After undertaking psychometric testing among social workers they found high levels of conscientiousness, commitment but also high fear of failure. As a result they adapted their recruitment processes and the support on offer for job interviews and provided more support for professional development.

It is this kind of sensitive leadership that will go a long way to retaining high-quality, emotionally intelligent social workers and help them improve their practice even against a backdrop of rising demand.

‘Retention risk tool helped us with performance, budget and quality’

Practice quality, not audit: a council’s journey to ‘outstanding’

Strengths-based assessments can improve outcomes but flaws must not be ignored
Social workers: let us know how car parking and hotdesking affects your job