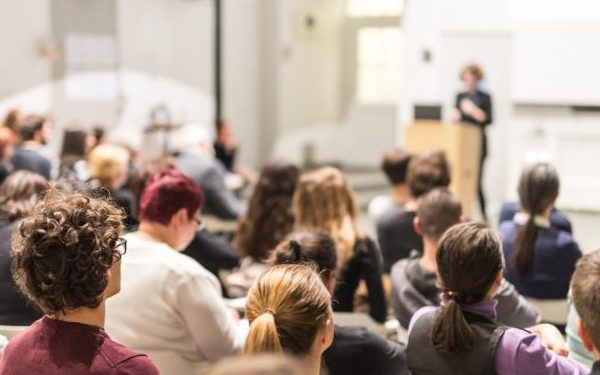 Widening participation is a policy agenda that aims to broaden access and success in higher education to population groups that have historically been less likely to engage or succeed, including students from low-income households, care leavers, students with disabilities, mature students and students from certain ethnic groups.

While there is still more work to be done, in particular around the black student attainment gap, these achievements should be celebrated and built upon, in particular as higher education institutions spend hundreds of millions on widening participation activities every year, rarely seeing much, if any, clear success.

Prior to 2011, these achievements in social work education were generally acknowledged as a positive. The now defunct General Social Care Council made reference to the success in widening access in their 2009 and 2010 Raising Standards reports. In 2009 the Social Work Task Force recognised that social work courses were admitting a diverse student cohort and that postgraduate courses continued to be “popular and show good progression and achievement rates”.

However, more recently these successes have been described in more negative terms. In particular, the Narey and Croisdale-Appleby reports into social work education in 2014 both raised concerns about social work student recruitment focusing too much on widening participation, potentially at the expense of academic rigour.

Buying into the perspective that there are deficiencies in the students being recruited into social work, we have witnessed the rapid introduction of fast-track training routes into the profession, specifically Step Up to Social Work, Frontline and Think Ahead. These new routes have been presented as the answer to the presumed deficits in social work student recruitment, by attracting “talented”, “quality” and “high quality” students.

Think Ahead’s 2017 impact review highlighted that 14% of its intake was from Oxford or Cambridge compared with 0.5% of entrants to social work master’s in 2011-12; the introduction to Frontline’s 2016-17 annual report referred to having recruited “bright, committed graduates”, “many of whom will have foregone more lucrative jobs”; and Step Up’s latest frequently answered questions states that its entry criteria mean that it recruits people who “have proven academic resilience to perform at a high standard for a sustained period of time”.

In order to attract these students, fast-track programmes promise a faster, better funded and leadership-focused route into the profession. Of particular note, financial incentives are provided (to the tune of £16,756 to £19,833 per year for those starting this academic year), making these routes by far the most expensive way (for the taxpayer) to qualify a social worker.

How is this happening?

Though latest figures from Frontline show improvements on diversity measures between its 2017 and 2019 cohorts, its BAME intake rate of 18% remains well below the social work average. There are a number of possible explanations for why fast-track programmes have developed in this way. Most notably, the financial incentives available to them have supported the recruitment of students with particularly strong academic credentials, in a way that traditional university programmes are unable to. Considering the English education system has been shown to consistently reward prior advantage, it should not be surprising that this approach leads to more advantaged students on these programmes.

However, there are other factors that can explain the demographic disparities. The fast-track nature of these programmes means that by necessity they are intensive in nature, and Think Ahead and Frontline both include a summer institute, over five or six weeks, in a specific location that all candidates must attend. In the evaluations of both Frontline and Step Up, students have noted the challenge of balancing their study with other responsibilities, such as caring. Considering mature and working-class students are more likely to have these types of obligations, again it should not be surprising that this impacts on equality of access.

Another potential factor relates to the marketing culture that surrounds social work fast-track programmes. The marketing materials for these programmes make regular reference to students as future leaders, while also highlighting that many of their students are Russell Group educated. Research has shown that this type of advertising can send implicit messages to potential candidates about whether they would be welcome or comfortable in joining a course of this nature.

Most likely the demographic disparities can be explained by a combination of these various factors, as well as many others that are both seen and unseen.

Considering fast-track students are more likely to come from financially advantaged backgrounds, and these programmes receive disproportionately large financial support, it is time to recognise that what is being created in England is a social work education system where those most in need of financial support are least able to access it. This is a status quo that all social workers who are committed to social justice should be actively challenging.

It is important to stress that neither critics nor promoters of fast-track social work education are suggesting that students cannot be great social workers from any route. However, if social work educators are going to support the development of practitioners who are committed to social justice and value diversity, then they are doing their students a disservice if they are not educating them in a way that also epitomises these values. This should include prioritising diversity and equality over segregating students based on prior academic achievement, and inevitably, social advantage.

These issues are examined in more depth in my recent article: ‘The best and the brightest’: widening participation and social justice in contemporary English social work education, European Journal of Social Work