Inspectors praise Westminster and Kensington and Chelsea councils' use of clinicians to support families and social workers, and settled workforces, in awarding across-the-board 'outstanding' judgments

By Alex Turner on October 17, 2019 in Children, Social work leaders 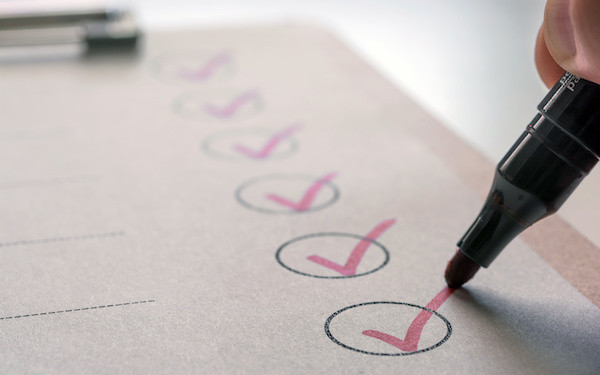 The director of children’s services (DCS) for Westminster and Kensington and Chelsea councils has hailed the authorities’ progress in implementing systemic practice as key to the across-the-board ‘outstanding’ Ofsted judgments both received this week.

Sarah Newman told Community Care she hoped the ‘bi-borough’ councils’ approach, which sees clinicians embedded in teams, could feed discussions around how social work can move on from being rooted in “anxiety about making the right decisions for children”.

“At the last inspection [in 2016] we had only just started on our systemic journey,” Newman said. “Now we have trained a significant portion of frontline staff, as well as managers at every level, to provide consistent language and use tools that help us build relationships with families, develop trust and work in a non-blaming, non-shaming way to tackle issues by getting alongside people.”

What is systemic social work?

“This is a way of acting, thinking and viewing the world, which focuses on relationships and recognises that individuals are always embedded in their social context…In practice this means that problems in families and other living systems are always part of larger processes. This implies that individuals cannot entirely on their own, either for good or ill. Change in one part of a relational pattern, or system, can be expected to create adjustments throughout the family and immediate context.”
Guide to systemic practice, Community Care Inform (Liz Burns and Rudi Dallos)

Following their 2016 visits, inspectors also gave overall ‘outstanding’ verdicts to Westminster and Kensington and Chelsea children’s services while rating them as good for supporting children in need of help and protection. But on return last month to the authorities, Ofsted found both had consolidated and improved on their strengths, leading to each receiving across-the-board top scores, an accolade previously only attained by Hampshire and North Yorkshire councils.

As well as praising the systemic model in place across the bi-borough area, the regulator was impressed by senior leaders’ joint working, by workforce stability and by creative approaches within several areas, including around tackling sexual and criminal exploitation.

Despite Westminster and Kensington and Chelsea councils sharing a DCS and a number of services, children’s social work is set up slightly differently at the two boroughs.

At Kensington and Chelsea, a ‘no transitions’ model has been implemented with the aim that children remain with the same social worker as long as they are receiving services, whether they enter care or not. Westminster, on the other hand, has maintained separate teams handling different stages of children’s and families’ involvement.

Within their different structures, though, both councils embed systemically trained clinicians – 18 across the bi-borough area – which, Newman said, “can support social workers to think through families’ issues and how to prioritise interventions – but can also can do direct work with children and families themselves”.

In their report on September’s visit to Westminster, inspectors noted that the “wide prevalence and availability of this skilled support is an important factor in a very low rate of children’s living arrangements breaking down”.

Newman cited as an example of the bi-borough’s model’s in action, the case of a family recently transferred into the area where “parenting has been considered poor and children have experienced neglect”.

“We’ve realised mum’s self-esteem is low – she’s never worked out how to play with her kids – so we are working with her about how she does that, making videos so can see when she’s doing things better,” she said. “Slowly she is interacting better with her children, and feeling better [about her parenting].

“Because it’s about relationships, and is strengths-based, she is also talking more about her own experience,” Newman added. “We are thinking about additional support around her low mood, so things can get better, better, better.

“Systemic practice gives us a clear theory of change,” she said. “Within that, there are ideas about change at different levels: first-order change – telling people they need to do something different – and then second-order, about changing how they think about something, in order to sustain change.”

The ‘focus on practice’ model, which the two councils share with Hammersmith and Fulham, formerly its partner in the tri-borough arrangement that came to an end in 2017, was originally funded to the tune of £4m by the Department for Education’s innovation programme in 2014.

In 2017, the three authorities set up the Centre for Systemic Social Work to promote systemic practice within the boroughs and further afield, since when it has worked with a number of authorities and established a development programme for new children’s services leaders.

In a report also published this week, Hammersmith and Fulham retained its ‘good’ rating from Ofsted, with inspectors also praising its implementation of systemic practice.

While both bi-borough councils prioritise long-term work with children and families, Ofsted’s recent inspection reports made clear that settled teams – a relative rarity within children’s services – were a key part of the success of this.

“The children’s workforce is very stable, highly experienced and trained to a high standard,” Kensington and Chelsea’s report said. “The successful and consistent use of the established systemic practice model enables staff to develop long-lasting, caring and continuous relationships with children and families, who they know very well.”

Asked about keeping turnover at bay, Newman said that the bi-borough councils’ achievement of low-enough caseloads to build “relationships that impact positively on the lives of children and families” as an “incredibly powerful” factor.

“We’ve also created [progression] pathways so people can remain in practice, either in social care or more of a systemic, family therapist [route] in order to become a clinician,” she said.

But, according to Newman, the bi-borough’s practice model is now well-enough established that it should be able to withstand some churn, should that happen. “It’s now bigger than the team using it,” she said. “People can leave, and new ones come in and quickly get on board with approach – that is powerful in sustaining our way of working.”

Two related areas aside from core social work where the bi-borough area’s model attracted praise from Ofsted were around early help and tackling risks around gangs and sexual exploitation.

Within early help, ‘family navigators’ help link services across schools, parenting programmes, health and housing so families can find their way through what can be a confusing network of provision and get help they need when they need it.

Meanwhile within integrated gang and exploitation’s services, specialist outreach and key workers – again assisted by therapists – interact with young people in a range of settings including schools.

“Again, it’s about relational ways of working,” Newman said. “What Ofsted saw that was particularly useful was information sharing between the police, social care, housing and health to build local intelligence around where where we might need to locate ourselves for outreach support.” She added that Heather Acton, Westminster’s cabinet member for children’s services, has been “incredible at networking in the community and ensuring services are threaded together so everyone knows what’s going on”.

However, Newman said that the bi-borough councils, having achieved top marks, must not tread water. Expanding the work of the gangs and exploitation unit is one area she is looking to explore.

Westminster and Kensington retain close links in this area with Hammersmith and Fulham, but the “intelligence piece” could be expanded further, geographically, she said.

Aside from that, the councils are focusing on a number of areas including early years interventions and improving services for care leavers, as well as implementing a shift towards personalising records – including assessments and records written directly to young people.

“The idea is a person-centred approach in everything we do, to enable practitioners to really focus on the experience for a child,” Newman said. “Records can then become their life story, written in an accessible way and demonstrating how we have cared for that child, and the work we’ve done with their family to support their upbringing.”