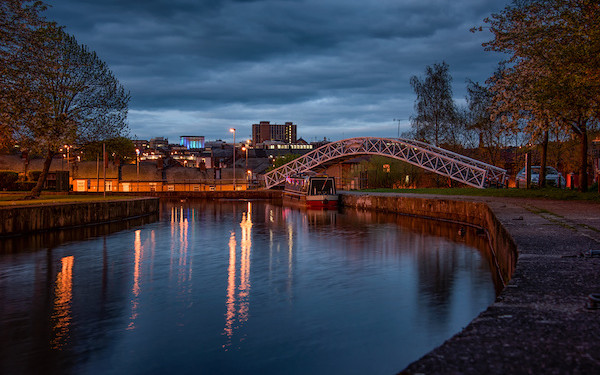 Children’s services in Stoke-on-Trent will remain under the council’s control after a government-appointed commissioner concluded that transferring them to an alternative delivery model, such as an independent trust, would be too disruptive.

In a report for the Department for Education (DfE) published last week, Eleanor Brazil said a long list of serious issues remained at the West Midlands council, which was branded ‘inadequate’ by Ofsted in March.

The review, which praised the commitment and loyalty of Stoke’s frontline staff, found problems had been building for years. These had been fuelled by poverty, political instability, significant senior management changes, failures to implement recommendations made in previous reports, and a series of mismanaged efforts to overhaul children’s services, it found.

But in light of the need to enact change as quickly as possible, and with local government arrangements still fragile, Brazil concluded that transferring services out of council control would be too much of a risk.

Instead Stoke will receive interim support from Essex and Stockport councils – who, as ‘Partners in Practice’ authorities are tasked with carrying out sector-led improvement – and from the West Midlands’ regional improvement partnership, while the council stabilises its senior leadership and finalises a longer-term arrangement.

A revised statutory direction issued by the DfE ordered Stoke to continue working with Brazil and said a “formal partnership arrangement with a strong local authority” must be in place by 31 January 2020.

Some other struggling councils – such as Blackpool and Surrey – have also managed to keep hold of their children’s services after recent critical inspections, usually because of signs they may be able to turn things around. But Northamptonshire, where the county council is being split into two new unitary authorities, will follow the trend set in recent years for ‘inadequate’ services to be transferred to an arms-length trust.

Brazil’s report into services in Stoke identified a number of contextual factors that have made it harder for the borough, which is an area of significant deprivation, with high numbers of children in care, to deliver children’s services effectively.

Stoke has undergone frequent changes of political administration, and the council is also suffering severe financial strain, to the point where it has consulted on making cuts to other service areas –including adult social care – to spend £5.5m on improvements to children’s services.

“The financial pressures facing the council, are serious and lie at the centre of politicians’ concerns,” Brazil said, adding that this factor risked continuing to limit “political drive to… make the necessary improvements a reality”.

In the period following Stoke’s previous full Ofsted inspection in 2015, when it was graded ‘requires improvement’, many opportunities to steady the ship had been missed, the commissioner’s found. These included:

In the wake of this year’s scathing report by Ofsted, which highlighted major failings around cases being closed prematurely, “frightening and unsettling” placement moves and frontline staff not being supervised, Stoke had made efforts to improve, Brazil found.

This had been hampered, though, by the lack of a permanent director of children’s services – the previous permanent DCS left just before Ofsted visited in February – an “overly detailed and complex” improvement plan, and local elections in May that resulted in a new administration.

A visit carried out by senior managers from Leeds children’s services identified long-term deficits in leadership, including a botched implementation of the Signs of Safety practice model, which left staff confused.

“[Leeds] recommended… that a quick decision is made about the model of practice with a proper implementation plan developed to ensure practitioners and partners understand how the model will help to improve outcomes for children and young people in Stoke [and] are fully trained to use it,” Brazil’s report said.

Brazil identified a number of other areas in need of urgent attention in Stoke, including early help services and the local multi-agency safeguarding hub (MASH). A key challenge would be to get a handle on “incoming demand, and at the same time address the impact of historical poor practice on children in its care”, she wrote.

On the plus side, the review noted that Stoke benefited from a loyal workforce, with more than 50% of social workers in post for more than five years. It quoted frontline staff who praised colleagues for “all pulling together”, and said that “relationships keep us in Stoke”.

Abi Brown, the leader of Stoke council and cabinet member for corporate resources, strategy and partnerships, said the authority was “fully committed to doing all we can to improve the quality of our response to vulnerable children”.

“The review by the children’s commissioner recognises that the size and scale of the challenge we are facing is one that needs additional expert leadership, support, capacity and time to meet,” Brown said. “We welcome this help and that the minister and children’s commissioner have allowed us to retain responsibility for children’s services while we continue to work through this.”

Dave Evans, the cabinet member for children and young people, added: “The children’s commissioner recognised through the review that progress is beginning to be made on some issues but that the pace of change is too slow.

“It is going to take time and a lot of hard work and commitment, but with the additional expert advice and support that is being provided by government, we’re confident that improvements can be delivered across all aspects of children services.”