Before they can be independent, we need to give children in care opportunities to be interdependent

Throughout their early lives, young people in care are told they are on their own. It's unhealthy and we need to change the record, argues John Radoux 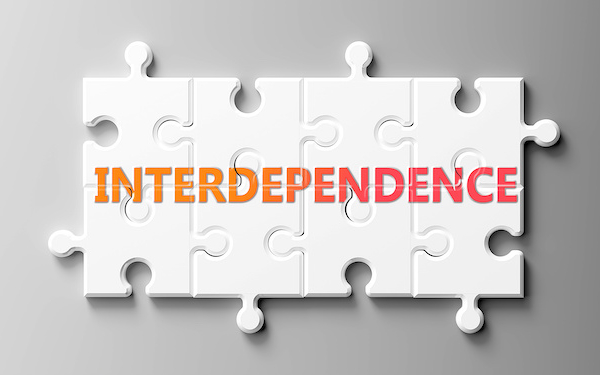 If you are reading this article, you definitely have not – unless you designed and built the electronic device you are reading it on. This would include, for example, drilling for and refining oil to make plastic, mining for the various metals and so on.

And, if you have achieved independence, what are you doing on the internet anyway? What need do you have for the thoughts, ideas, knowledge and advice of others?

We all, of course, do in fact need each other – even people we have never met. The doctor buying halloumi at her local supermarket is dependent on the shift worker who spent the night filling shelves.

Just as important as these practical issues are all the other needs met by our relationships with other people. The need for comfort when distressed, the need for a confidant to talk things through with, the need for shared experiences, the need for a few people in our lives who really know us and see usas we are, are a few of these.

‘You are on your own’

So, given that independence is neither truly desirable nor achievable, why is it something we expect of young people who are, or have been, in the care of the state? Why, for them, is independence something that should be ‘promoted’ or ‘prepared for’?

‘Why didn’t you f*cking restrain me’: when physical restraint can meet a child’s need

Most children who come into care have already been let down, in some way, by adults who were meant to look after them. Unless they are very lucky, they will go on to be let down again and again.

Foster carers, children’s home staff, social workers, therapists and so many others come and go. They are ephemeral figures whose faces can no longer be brought to mind – ghosts.

Pause here for a moment and imagine this experience. A single message is repeatedly reinforced: you are on your own.

For this reason, many young people in care are already excessively self-reliant. It’s an entirely understandable and necessary adaptation to circumstance, but an unhealthy and harmful one nonetheless.

At some point, usually during their teenage years, children in care will hear talk of what happens after care – the first whispers of this place called ‘independence’.

Perhaps, initially, it will be when another young person they know, an older child, has ‘moved to independence’. This is the first indication that, when it is their turn to move to independence, the people who care for them now will not be there.

Then, when they are around 15 years old, they are told they must start preparing for independence. They must learn to plan menus, cook, budget, clean, fill out forms, arrange appointments – they must learn ‘life skills’.

They must learn these skills because ‘there won’t be anyone there to do it for you when you move to independence’.

It is hardly surprising, therefore, that many young people seem to reject much of the care offered to them, never fully trusting it, preferring instead to trust the relationships and associates we often consider unhealthy or harmful. They rush towards the mythical independence too, insisting they are ready, adamant they should be allowed to go now.

This offers us cover doesn’t it? Because we have to listen to their wishes and feelings, don’t we? Even if it is a wish we told them they should have – a feeling we engendered in them.

And what do many find when they arrive in independence? A room in a house, in an area they might not know, surrounded by strangers. ‘Support’ provided by a single, under-trained and underpaid member of staff sitting in what was once a dining room but is now ‘the office’ – any adult with a clean DBS will do.

Of course, as children and young people grow older and move into adulthood, they will gradually have a greater degree of autonomy, but this is an organic process – it cannot be contrived.

And yes, all young people need to learn what might be called life skills. Some will be learned, in an ordinary, informal way from parents or carers, others through experience – from living. But thousands of kids go off to university each year not knowing how to cook, and even many of those who do end up living on Weetabix and noodles. It is absolutely fine – virtually a rite of passage.

I am pleased and grateful for the exposure Newsnight and other mainstream media reports have given to the complete inadequacy of leaving care provision. But simply regulating it, while vital, is not enough.

We need to change our entire thinking about how young people in care move into adulthood and the messages we are giving them from an early age. They need to have a sense that some key relationships are for keeps.

We need to let them know that, no, they will not be on their own and, like every other human being on the planet, they do not have to be independent. Instead they can be interdependent.

You can also read our guide to working with looked-after teenagers which includes guidance on supporting wellbeing and resilience.

Not sure if you have access to Community Care Inform through your organisation or have other questions? Find help here.

3 Responses to Before they can be independent, we need to give children in care opportunities to be interdependent