Channel 4's recent documentary shone a rare spotlight on sibling sexual abuse. A specialist social worker explains what practitioners can do to support victims of this type of harm and their families 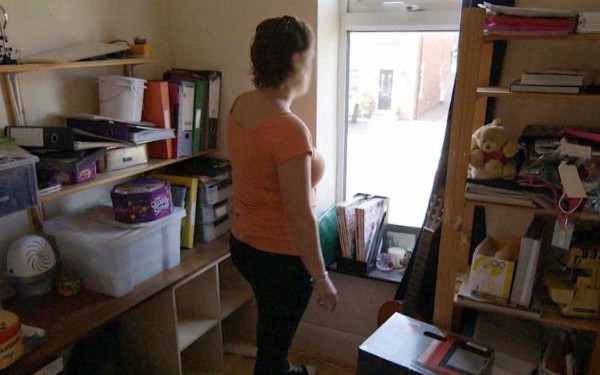 Channel 4 recently aired a one-off documentary on sexual abuse within a family. The Family Secret (available online till 2 January) followed Kath and her family some 25 years after she was abused by her older brother, Robert, in their childhoods. The programme laid bare the traumatic effects of historic sexual abuse on Kath, leading to a restorative justice meeting with Robert in which he heard about the harm Kath experienced and offered an apology.

Programmes such as this are something of a rarity and serve an important role by stimulating discussion about the reality of child sexual abuse. Media representations of abuse influence public perceptions of risk, and consequently the response to such concerns by professionals, organisations and policy-makers (Cowburn and Dominelli, 2001).

However, sibling sexual abuse has received only a small amount of attention in practice, policy and research literature. Research studies vary in quality and are mostly based on small samples, limiting their transferability. Nevertheless, there are a number of key findings from the research that are useful for social workers when responding to this critical practice issue, which this article will briefly summarise. Community Care Inform also provides further guidance and resources for social workers responding to sibling sexual abuse.

What is sibling sexual abuse?

Not all sexual behaviours between siblings are harmful and it is important to distinguish children’s sexual play and exploration from behaviour that constitutes abuse. Similar to harmful sexual behaviour involving children outside of the family, sibling sexual harm usually includes developmentally atypical behaviours, differences in power, some degree of coercion or force and an absence of consent.

Sibling sexual abuse definitions lack consensus and this makes it difficult to estimate rates of sibling sexual harm when comparing such a wide range of behaviours.

Sibling sexual harm is believed to be the most common form of all family sexual abuse (Krienert and Walsh, 2011), with some estimates that it is at least five times more prevalent than parent-to-child sexual abuse (Smith and Israel, 1987). Research suggests that sibling sexual abuse is rarely a one-off occurrence (Katz and Hamama, 2017) and those who sexually harm siblings commit more acts of abuse, and over longer periods of time than young people who abuse extra-familial children (Tidefors et al, 2010).

Sexual abuse between siblings has far-reaching effects on the health and wellbeing of victims (Warrington et al, 2017), and is considered by some as no less harmful than when a parent or other adult is the perpetrator (Caffaro, 2017). Although the most commonly occurring sexual behaviour amongst siblings is exposing, fondling or rubbing genitals (Krienert and Walsh, 2011), penetrative abuse and use of force are higher when compared to harmful sexual behaviours involving non-sibling children (Tidefors et al, 2010).

In the family in the documentary, Kath had been abused by her older brother Robert and this is the most common relationship where we see sibling sexual harm.

However, social workers should also be alert to sexual abuse between same-sex siblings (Krienert and Walsh, 2011). Caution is also urged when making assumptions about sexual behaviours between similar-aged siblings. Age differences typically indicate power differentials between children. However, this appears to be much less reliable when considering sibling abuse, with ages making no significant reported differences to levels of force, coercion or impact on victims in later life (Cyr et al, 2002).

The relationship dynamics between siblings are likely to be of much greater relevance than their age differences (Allardyce and Yates, 2013).

Individual characteristics alone are insufficient when attempting to understand and respond to sibling sexual abuse. Social workers need to consider the wider ecology in which the abuse occurs, including family, community and societal factors.

Sibling sexual abuse commonly takes place within the context of multiple family difficulties, including neglect, physical abuse and family conflict. Parental stress and family difficulties appear to be more extensive in families where the sexual harm has involved sibling children. Some research has found that children who harmed siblings were more likely to have been exposed to adult sexual behaviours or pornography in the absence of direct supervision and clear boundaries. (Smith and Israel, 1987; Latzman et al, 2011)

In family environments where children witness violence and aggressive communication, siblings may model these behaviours. Children who experience rejecting, unavailable, or emotionally absent parenting may increasingly rely on one another for affection and comfort to compensate. Within these conditions, the sibling bond can become sexualised through curiosity, the onset of puberty and inattentive parenting (Worling 1995; Tidefors et al, 2010).

We should therefore consider the wider trauma and abuse both siblings may have been exposed to. Young people who display harmful sexual behaviours have high levels of victimisation, especially sexual victimisation, and may have been exposed to multiple forms of abuse in early childhood (Hackett et al, 2013). There is some evidence that a higher proportion of children who harmed siblings had themselves been sexually abused when compared to those who harmed extra-familial children (Tidefors et al, 2010; Krienert and Walsh, 2011; Latzman et al, 2011).

Viewers of The Family Secret quite naturally expressed anger and castigated Robert for the harm he caused to his sister. However, if we consider sibling sexual abuse to be a family issue, then it is imperative that social workers’ interventions include the whole family rather than focusing only on the victim and the child who harmed. That is not to say that the behaviour is condoned, but a supportive and holistic approach is likely to be more effective than any individual response (Thornton et al, 2008). The responsibility for addressing sibling sexual abuse and ensuring future safety should be shared by the family, and include multi-agency support for all of the children and adults, not only those who were directly harmed.

Sibling sexual abuse is a complex and emotionally-charged issue. Emotions are inextricably tied to practice decisions (Ingram, 2013), however our professional judgement should also be informed by the available evidence-base. Sexual abuse is often hidden and secretive, and professionals need to be confident in recognising non-verbal indicators in order to effectively recognise and respond to it.

Specific attention to the sexual behaviour concerns is crucial, but a systemic perspective on family relationships and abuse dynamics is also needed to provide a more comprehensive understanding of the family’s wider needs. Specialist services can provide expertise through consultation, assessment and interventions.

Given what we know about the broader family difficulties preceding sibling sexual harm, it is also essential that access to community-based groups and family support services is available if we are to prevent sibling sexual behaviours much earlier and before these concerns escalate.

When sibling sexual abuse is unaddressed, the emotional impact throughout the family can be profound and viewers of The Family Secret were left with a palpable sense of the enduring pain for all family members with some relationships fractured beyond repair.

Spencer Bailey is a social worker specialising in practice with children and young people who have displayed harmful sexual behaviours and a postgraduate researcher in the area of sibling sexual abuse. He tweets @SpencerBaileyUK

The material Spencer refers to includes:
– a guide to social work practice and sibling sexual abuse which covers parental awareness and understanding, what to do immediately following a disclosure, apparent incident or allegation and longer term safety planning with a family. Includes case scenarios to reflect on what you do.
– a learn as a group exercise (approx one hour) to support practitioners in considering how to work with parents in these cases
– an anonymised case consultation with a family therapist that considers how to work with seven-year-old Rachel who has been abused by her 14-year-old brother and her family.

Not sure if you have access to Community Care Inform through your organisation or have other questions? Find help here.