Budget: £5bn for coronavirus will help social care but government criticised for lack of sector funding

By Charlotte Carter on March 11, 2020 in Coronavirus 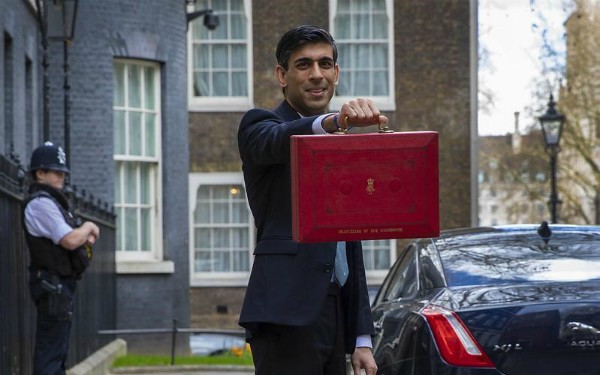 Social care will get a piece of the £5bn fund announced in today’s Budget to fight coronavirus (Covid-19) but the government was heavily criticised for its lack of further action to shore up the sector.

In his first Budget, chancellor Rishi Sunak’s said the coronavirus money would “fund pressures in the NHS, support local authorities to manage pressures on social care and support vulnerable people, and help deal with pressures on other public services”.

However, while Sunak said the NHS would get  “whatever resources it needs to cope with coronavirus”, there was no similar commitment for local authorities in relation to social care – despite the fact that older people and those with long-term health conditions are at particular risk from the virus.

In its response to the Budget, which welcomed the £5bn fund, the Local Government Association (LGA) called for such a commitment.

“It is clear that local government needs the same commitment the NHS has received from the chancellor today, that it will get any immediate financial support it needs to help adult social care services keep vulnerable residents safe and reduce pressure on the NHS,” said Ian Hudspeth, chair of the LGA’s community wellbeing board

It is not clear how the £5bn fund will be distributed and under what circumstances, and Hudspeth said he looked forward to seeing the full details.

The Budget announcement came after a sector leader warned social workers to brace themselves for extra administrative work and the need to arrange longer home care visits as the virus spreads throughout the UK. As at 9am on 11 March, 456 people had tested positive for the virus, with at least 240 in London, the South and the East, 42 in the Midlands and 75 in the North.

The Budget also included a pledge to provide funding over the next three years to speed up the discharge of people with learning disabilities or autism from hospital into the community.

This is in line with NHS England’s commitment to reduce inpatient numbers among this group to less than half of 2015 levels by 2023-24, and a Conservative manifesto commitment to provide £74m over three years towards this. The Budget documents did not specify the sum involved.

However, while sector leaders welcomed the funding, they said it would not be effective without a better-resourced funding settlement for adult social care.

“Councils must also be able to quickly access this funding, so they can build upon the progress they have made to date,” said Hudspeth, in relation to the learning disability and autism funding.

“A sustainable funding settlement for adult social care, which recognises the longer-term costs to councils, is desperately needed as inpatient beds are reduced and we rightly focus on investing in personalised, quality and timely community services for people with complex needs.”

National Autistic Society director of external affairs Jane Harris said: “The learning disability and autism fund, which is extra money for the next three years, will help tackle serious and longstanding funding issues that stop autistic people being able to leave mental health hospitals. We’ll be looking out for the detail on how this will be given to councils and how the government will guarantee that it is spent well.

The Budget confirmed plans outlined last year to extend the government’s planned £1bn injection for 2020-21 in additional funding for social care – both adults’ and children’s – so that would be available for every year of this Parliament, due to end in 2024. In addition to the £1bn, councils will be able to raise about £500m for adult social care by increasing the council tax precept for the sector by 2% in 2020-21.

But while it referenced health secretary Matt Hancock’s invitation to MPs and peers to send him their ideas for reforming social care funding, ahead of cross-party talks due to start in May, the Budget failed to allocate any additional money for social care.

This is despite the LGA estimating that council would face a £3.9bn funding gap to maintain adult care services at current levels by 2024-25 because of rising cost pressures and demand.

Association of Directors of Adult Social Services president Julie Ogley welcomed the £5bn fund for coronavirus, but added: “We are however disappointed that the government has chosen not to address wider pressures on adult social care in today’s budget, the previously announced funding for 2020-21 is not enough to place the sector on a sustainable footing in the short-term.”

She urged the government to set out its vision for the long-term reform of adult social care, echoing criticisms from Labour and charities of Hancock’s announcement on cross-party talks last week on the grounds that it did not include specific reform proposals.

Siva Anandaciva, chief analyst at The King’s Fund, welcomed the emergency fund but said it was “hugely disappointing” that the budget didn’t include an emergency cash injection to help local government address social care needs beyond coronavirus.

“Adult social care remains a pressing and overlooked issue and despite the prime minister’s election commitment to ‘fix it once and for all’ the pressures have only increased in recent months,” he added.

‘Always the bridesmaid, never the bride’

Caroline Abrahams, charity director at Age UK and co-chair of the Care and Support Alliance (CSA), a coalition of care charities, pointed to the substantial increase in infrastructure spending in the Budget and warned that “by the time the government decides on what it wants to do to ‘fix social care’, as it has promised, there may not be the funds left to do all that needs to be done”.

“After so many disappointments there’s bound to be a concern that social care is destined to be always the bridesmaid and never the bride,” she added.

Association of Directors of Children’s Services vice-president Jenny Coles said: “Since 2010, funding for local authorities has been halved but the level and complexity of need we are experiencing has not. Up and down the country, councils are having to make increasingly difficult decisions like cutting the very services that prevent children and families from reaching crisis point and reduce future demand. This is not in children’s best interests.”

And in an echo of the government’s slogan for addressing regional inequalities in the country, she added: “If this government is serious about ‘levelling up’ then greater focus and prioritisation must be given to children and their families, particularly the most vulnerable.”

Sunak also announced further funding for rough sleeping, in addition to the £236m unveiled by prime minister Boris Johnson in December to provide move-on accommodation for up to 6,000 rough sleepers and those at immediate risk of being on the streets.

The extra money in the Budget will go towards associated support services (£144m) and substance misuse support (£262m) designed to help more than 11,000 people a year.

The Budget also included a number of welfare measures as part of its action on coronavirus:

5 Responses to Budget: £5bn for coronavirus will help social care but government criticised for lack of sector funding