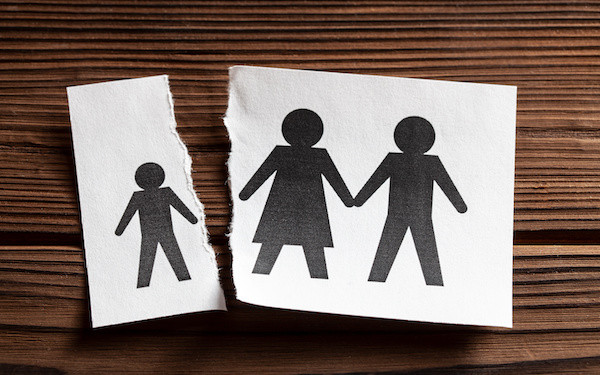 “We are the service who can’t say ‘no’,” the police officer explained. “We have to go, we have to respond – and we will always go.”

I was interviewing the officer as part of a recently released report – Childhood Challenging Violent and Aggressive Behaviour [CCVAB]: Responding to Vulnerable Families – by Northumbria Police, CEL&T and Northumbria University. It was commissioned following the domestic homicide review of ‘Sarah’, a heartbreaking case in which a mother was killed by her son, where there had been years of services involved including the police and social care.

The report considered, among other things, the number of incidents of CCVAB the force was called out to, the relationships within the home and the characteristics of the child. The findings, gathered over a 10-month period, paint a stark picture of the lived reality for many families – but also raise questions of the responses of other services, including children’s social care, and the quality of information sharing that occurs. Those concerns that echo the findings of the domestic homicide review.

Violent and aggressive behaviour by children within the home remains a hidden issue, but within certain demographics and communities it’s well known. Talk to parents or carers of children with special educational needs, kinship carers, guardians and adopters and you’ll hear the stories and anecdotes emerge of violence, assaults, damaged property and worse.

Over the timespan covered by the report, Northumbria Police responded to 515 incidents – to children as young as nine years old, with parents, grandparents and carers calling for help.

‘We have to get serious about child-on-adoptive-parent violence’

Is the current definition of child on parent violence appropriate?

Frequently there was already social work involvement, but parents and carers described fears both of this, and of ineffectual responses or no response. The officer quoted at the top of this piece noted: “The families are at the end of their tether – they’ve tried everything and we’re the last resort, but we’re not social workers.”

Jeannine Hughes, a social worker and senior lecturer at Northumbria University, who co-authored the report, added: “Each call represents a family in crisis, desperate accounts of often vulnerable children behaving in a way that puts their carers or parents and often other children in the home in danger.

“We know that behind these figures there are many families that haven’t reached this level of desperation, but are living with high levels of adversity,” Hughes said. “The resource implications for social work to respond to CCVAB cannot be underestimated – this is a safeguarding issue.”

The issues are complex and each family has unique and specific narratives.

The reasons for children’s challenging behaviour frequently stand at the intersection of biology, experience and systems, with many children struggling to regulate and control their behaviour, exhibiting ‘reactive aggression’ to their environment and those in it, or displaying ‘proactive aggression’ seeking to control their environment and those in it.

Sarah’s story plays out a familiar narrative for many families. Though it ends in tragedy, its elements are too well-known: isolation, victim-blaming, lack of response or what is perceived as ineffective response from services.

Over the past five years, as a social worker, I’ve worked with many families and organisations that support families living with children who display violent and aggressive behaviour. As they look to social workers for help, many describe feeling disbelieved, frequently blamed and often misunderstood.

The consequence of this is that many families become unwilling to seek support until they’ve no other options, until they’re at the ‘end of their tether’. Nobody wants to criminalise their child, or open themselves to the accusation that they can’t control their child – and to potential social work involvement. To call the police means to run that gauntlet.

Social care’s response remains uncertain. Professionals in early help or safeguarding face complex problems where children, who are inherently vulnerable, are also perpetrating behaviour that draws other children and adults into the equation. It’s never simple and the frequently-offered parenting courses have the potential to further isolate and alienate adults caring for children, with very specific needs, in challenging circumstances.

There are some bespoke interventions such as Non Violent Resistance, Break4Change, and the Low Arousal approach – but such resources remain sparse, with many children and family social workers unaware or untrained. Sarah’s domestic homicide review made clear that her son’s behaviour was never fully explored with consideration to safeguarding her and, like so many tragedies before, information sharing with other services was inadequate.

Though anecdotal awareness of CCVAB has been present among many social workers for decades, the evidence base has remained limited. Now, the Northumbria Police report has offered social care a window into the lived experience of many families and the underlying causes of childhood challenging violent and aggressive behaviour, and – just as significantly – an understanding of its prevalence.

The police officer said: “We will always go.” But I believe that as social workers, we need to act to ensure that is truly the very last resort.

Al Coates is an adoptive father and social worker who has received an MBE for services to children. He tweets @mr_al_coates.