By Mithran Samuel on July 7, 2020 in Adults, Coronavirus 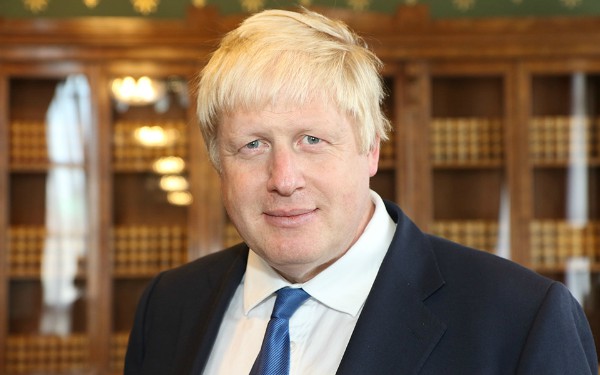 Social care leaders have strongly condemned Boris Johnson’s claim that “too many care homes didn’t really follow the procedures in the way that they could have” in explaining the spread of coronavirus.

Provider leaders said the comments were “hugely insulting” for hundreds of thousands of care workers and managers who had done their best to care for residents and control infection while on the receiving end of fast-changing government guidance and ministerial neglect of the sector, particularly on funding, access to testing and personal protective equipment (PPE).

While the prime minister’s comments yesterday were later “clarified” as referring to the fact that no one knew what the correct procedures were in managing asymptomatic transmission between staff and residents, sector leaders said this was a case of “history rewritten” to cover up for government failure.

The row followed Office for National Statistics figures last week which showed that there were 29,393 more deaths among care home residents in England and Wales in the year up to 12 June, compared with the average for the previous five years, an increase of 50%. Of these 19,394 involved Covid-19.

Speaking on BBC’s Newsnight yesterday, National Care Forum executive director Vic Rayner said care homes were dealing with an “extraordinary amount of government guidance”, appearing “on an almost daily basis, much of it appearing very late on a Friday evening”.

“I worked personally with members on long Bank Holiday weekends when they were trying to interpret and follow that guidance, and follow that guidance to the letter, so the suggestion that they weren’t following procedures as laid out is totally inappropriate and hugely insulting for the hundreds of thousands of care workers who were working beyond all measure,” she added.

Government guidance to and policy on care homes, particularly in the first weeks of the pandemic, has been roundly criticised. Public Health England guidance in force until 13 March – two days after the World Health Organisation declared Covid-19 a pandemic – said it was “very unlikely that people receiving care in a care home or the community will become infected”.

On 19 March, guidance for the NHS set out a plan to discharge 15,000 people by 27 March, including to care homes, with no requirement to test on discharge those who did not have flu-like or respiratory symptoms. Guidance from 2 April for care homes said they needed to make their full capacity available and could admit patients with Covid-19.

Rayner said that the fallout from the comments would be that there would be a “lot of people in the care sector who will feel that their efforts have gone unrecognised, and who I think will feel rightly aggrieved that all the effort and hard work they’ve put in haven’t been acknowledged”.

Speaking on Radio 4 this morning, Mark Adams, chief executive of Community Integrated Care, said the comments were at best “clumsy and cowardly”, but then added: “If this genuinely his view, we are almost entering a Kafkaesque alternative reality, where the government set the rules, we follow them, they don’t like the results they then deny setting the rules and blame the people who were trying to do their best”.

Adams added that, at a time when 1.6m social care workers “on minimum wage, often with no sickness cover, going into work to protect our parents, grandparents, our children, putting their health and potentially their lives at risk, getting perhaps the most senior man in the country turning around and blaming them on what is a travesty of leadership is appalling”.

Both Adams and Rayner rejected the interpretation of the prime minister’s comments as referring to the lack of knowledge of asymptomatic transmission. Adams said it was a case of “history being rewritten in front of us” in a context of “mistake after mistake” from government in its treatment of the sector.

He said the social care system had had to source “90% of the PPE” it needed, testing of staff and residents was delayed and that up to now this had generally been one-off tests, which was “absolutely useless because if you get tested and get on the bus back home and pick up the virus, within a week you’re potentially asymptomatic and infectious”.

Adams said that the sector had been calling out for weekly or twice weekly testing, a call that had only just been heeded with the announcement last week that weekly tests for staff and monthly tests for residents would be rolled out to homes for older people or those with dementia from this week, with all covered by the end of the month. The policy will be rolled out to homes for younger adults in August.

Their comments were backed by others from key national agencies and local government.

Director of operations at Skills for Care workforce development body Andy Tilden said on Twitter that he had been “left fuming” by Johnson’s remarks.

Went to sleep fuming and difficult to recall when I felt as angry. A timely moment to be humble and say Thank You to care workers who 24/7 did and are doing their utmost to provide care and support to enable people to live the best lives possible.

Meanwhile, Hertfordshire council director of adult social care Iain MacBeath said he “couldn’t have asked for more” from care services in his county.

We couldn’t have asked for more from our care homes and care agencies in Hertfordshire throughout this pandemic. And they have been magnificent, proffessional, committed and given love and support when families couldn’t. And I think people, carers and families agree. @HCPALtd