Employee did not receive supervision, breaching contract, and was mistreated by managers and unfairly dismissed after sickness absence relating to ectopic pregnancy 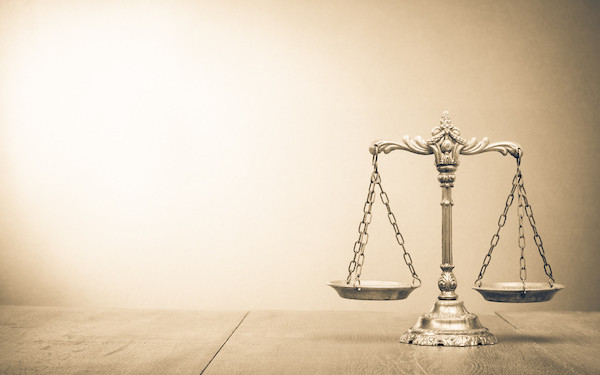 Slough Children’s Services Trust discriminated against a family support worker who was dismissed weeks after returning from sick leave, an employment tribunal has concluded.

The hearing found that Suman Sharma, who was absent for two months of an extended probationary period following emergency surgery relating to an ectopic pregnancy, was not given reasonable extra time to prove herself and was harassed by managers.

“She was not shown any sympathy. She was treated differently to the way she had been treated before her sick leave. She was less supported and more scrutinised,” the tribunal judgment said.

The trust also breached its contract with Sharma throughout her year-long employment at the organisation by failing to provide an induction or to schedule one-to-ones and review meetings as agreed, the tribunal found.

It ordered the trust to pay Sharma a total of £15,844, the bulk of which related to injury to Sharma’s feeling caused by its actions.

Sharma worked for the trust between April 2017 and April 2018. Her two-month probation review meeting did not take place, but after four months in post her ‘second’ review deemed that she was on track to meet job requirements albeit with some areas for improvement.

Shortly after that meeting Sharma was given a new manager, named as Mr Makoni in the judgment, and an incident then occurred where she misunderstood another supervisor’s instructions, leading her to refuse to do interpreting work for social workers.

This “seemed to bring the claimant to the attention” of senior managers, the tribunal found, one of whom carried out her final review – contradicting policy, which said this should be conducted by direct line managers.

Sharma’s probation was subsequently extended, while she raised a grievance – which an HR advisor sought to deflect by suggesting an “informal meeting” with no union rep resentation would be more appropriate.

When the family support worker’s extended probation came to an end in December 2017, the next review was again carried out by a senior manager – the head of service, named as Ms Jacob – who failed to inform her as to whether whether her performance was satisfactory.

Nor was the meeting minuted – but Sharma’s probation was again extended. A letter confirming the extension and setting eight work objectives was dated two days before the meeting, indicating it had been drafted without her input.

In late January 2018 Sharma was suddenly taken ill and on 2 February she had emergency surgery for an ectopic pregnancy, only returning on 3 April.

During her absence she was twice made by Makoni to go back to hospital to correct admin errors on her sick note, and on return was greeted by a terse email from him asking her to cover duty. She received no formal return to work interview.

“The claimant said, and we accept, that after her pregnancy-related sickness absence Mr Makoni’s attitude and behaviour towards her had changed,” the tribunal judgment said.

“The change in behaviour made the claimant feel humiliated, degraded and helpless,” it added.

Over the coming weeks Sharma was made to remain covering duty, with no caseload of her own – unlike colleagues who had similarly been absent, with no supervisions carried out.

“We find it likely that [Makoni] had formed the view that the claimant would be dismissed at her next probationary review, and he did not think it was necessary to conduct supervision meetings with her,” the judgment said.

‘No fair opportunity to improve’

On 18 April 2018 Makoni gave Sharma a letter inviting her to a final probationary review meeting eight days later – which again failed to adhere to policy because it did not say whether her performance had been adequate.

During the meeting Sharma was advised that, again, minutes were not being taken – nor was she ever given any notes – and at the end she was immediately dismissed. Jacob, who had also carried out Sharma’s December 2017 review, wrote that this was because she had not met the standards of her role.

Sharma subsequently appealed against her dismissal and submitted a grievance. But the tribunal found that a hearing on 7 June 2018, which upheld the dismissal, failed to consider whether the trust had adhered to its own probation policies and procedures, or to address Sharma’s complaints of discrimination, bullying and harassment.

It found the employer’s failures to comply with its own rules amounted to a breach of contract. After Sharma’s absence, the judgment said, the trust provided no explanation of why it did not allow her an additional probationary period to make up for the weeks lost to sick leave.

“There was no supervision or support provided to the claimant after 29 January 2018 when she went on pregnancy-related sick leave and little to no assessment of her performance after 29 January 2018 as part of her probationary review on 26/27 April 2018,” it added. “We conclude that the claimant was not given a fair opportunity to improve her performance and was then dismissed.”

The tribunal concluded that the trust’s treatment of Sharma amounted to direct discrimination on the basis of pregnancy and sex.

It also ruled that Makoni’s behaviour on 10 occasions “had the effect of violating the claimant’s dignity or creating an intimidating, hostile or humiliating environment for her”. Jacobs’ unannounced and unasked-for appearance at Sharma’s final review meeting also amounted to harassment, it added.

A number of other allegations made by Sharma were not upheld, though the judgment remarked on several occasions that the trust’s chaotic admin procedures had inconvenienced and frustrated her even though no malice was intended.

A spokesperson for the trust said the organisation “takes all allegations of discrimination seriously and is committed to an inclusive workplace”.

“There were a wide range of claims made against the Trust, most of which were not upheld, nevertheless we fully accept there were some areas where we fell short of the high standards we set ourselves,” the spokesperson added. “The events leading to this tribunal occurred over two years ago and we have already learnt from them and improved our procedures and practice as a result.”