By Charlotte Carter on October 28, 2020 in Adults, Workforce 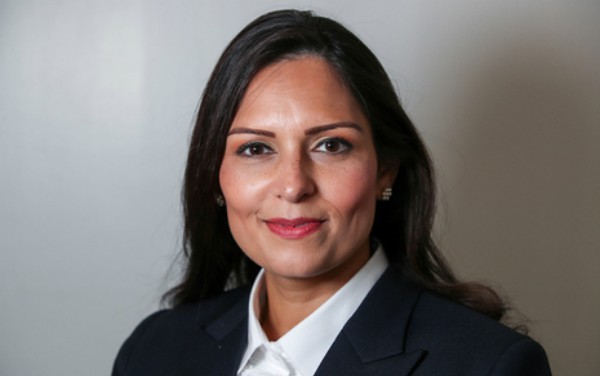 The Home Office has rejected its migration advisers’ calls to make it easier for care providers to recruit staff from abroad under its post-Brexit immigration system, sparking disappointment from sector bodies.

It has said it will not, at this point, accept the Migration Advisory Committee (MAC)’s recommendation, made last month, to place senior care workers and registered managers on the shortage occupation list (SOL). This would have reduced barriers to their recruitment from overseas under the points-based immigration system that will replace free movement for European workers in January 2021.

In a letter to MAC chair Professor Brian Bell, home secretary Priti Patel said the government would wait to gauge the impact of Covid-19 on UK citizens’ employment prospects and that of the new immigration system on the labour market before revising it.

“Before making any changes to the SOLs, we believe it is right to pause and assess how the UK labour market develops and how quickly recovery is evidenced post-Covid 19 and in response to the introduction of the new points-based immigration system, in terms of overall numbers, understanding migrant and employer behaviours, and where incoming migrants go (both geographically and by sector),” wrote Patel, who stressed she was not closing the door on the MAC’s recommendations.

In its report, the MAC raised particular concerns about the impact of ending free movement on social care, saying government needed to increase funding to boost pay and tackle the sector’s chronically high turnover rates and significant vacancy numbers.

In response to this, Patel wrote: “We also want employers to prioritise and invest in those people already in the UK, a point you recognise as being of vital importance in relation to the social care sector, upskilling our current work force rather than automatically seeking to bring in the skills and talents we need from overseas.”

How new migration system will work

The new immigration policy will replace free movement for citizens from the European Economic Area (EEA) and Switzerland and the existing tier 2 visa system for skilled migrants from outside Europe with a points-based system for skilled workers entering the UK.

To qualify for entry, people must also earn a further 20 points through having a minimum salary of £25,600 a year (pro-rated for part-time workers), or the going rate for their job if this higher, or through being in a shortage occupation, as defined by the MAC. In this case they need only earn £20,480.

This is just above the median salary for senior care workers, so if the government had accepted the MAC’s advice to add the role to the shortage list, migrant staff would have been eligible to apply for around half of such roles.

By adding registered managers of services to the list of shortage occupations, over 90% of those roles would qualify.

“Although the proposed expansion of the SOL would have had limited application for many social care employers, some would have found it extremely helpful in sourcing candidates from outside the UK for hard-to-fill roles, including live-in homecare,” Angel said.

He said the government has now “sent a clear message to employers that they must recruit from the domestic workforce”.

“For local councils, who buy the majority of social care services, this highlights the importance of adequate fees which will enable their subcontractors to offer competitive terms and conditions of employment,” he added.

Care England also expressed its disappointment with the decision.

“Covid-19 has shone a spotlight on social care yet there is still a lack of recognition about the need for a short, medium and long-term strategy for recruitment and retention of care workers,” a spokesperson said.

“This when combined with Covid-19 workforce issues has the potential to create a perfect storm for the adult social care sector.”

When mental capacity assessments must delve beneath what people say to what they do
Mental Health Act detentions three times higher in most than least deprived areas, as race gap widens