Ofsted chief inspector highlights “alarming trend” in cases of serious harm to, or deaths of, children under one from suspected abuse or neglect, amid ‘toxic mix’ of poverty, isolation and family proximity

By Alice Blackwell on November 10, 2020 in Children, Coronavirus 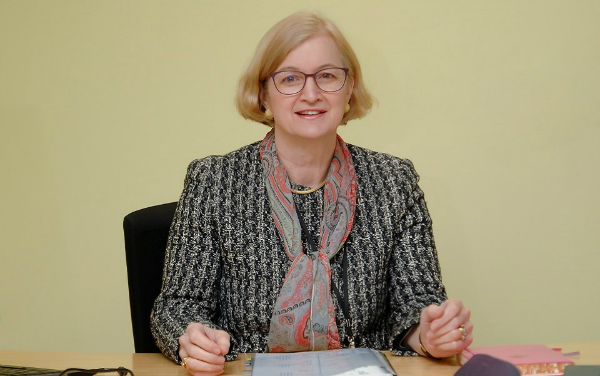 Councils have reported a 20% rise in incidents of serious harm to children under one from suspected abuse or neglect, triggered by the “pressure cooker” created for families by Covid-19, Ofsted’s chief inspector has said.

Amanda Spielman said the “alarming trend” of increasing rates of intentional and unintentional harm to babies reflected the impact of deepening poverty, isolation and close family proximity as a result of the pandemic.

In a speech last week to the National Children and Adults Services Conference (NCASC), Spielman said 40% of 300 serious incident notifications Ofsted received from councils from April to October this year concerned children under one, over a fifth more than in the same period in 2019. Of these, over half – 64 – suffered non-accidental injuries, eight of whom had died.

There were also high numbers of unexpected infant deaths, as a result of babies not being put to sleep properly or sharing a bed or sofa with a parent who had been drinking.

Under section 16C(1) of the Children Act 2004, councils must notify the Child Safeguarding Practice Review Panel if a child it knows or suspects has been abused or neglected dies in its area, or where such a child who is normally resident in its area dies outside England, within five days of becoming aware of it. The panel shares these notifications with Ofsted and the Department for Education.

Spielman said: “The pandemic has brought difficult and stressful times. Financial hardship, loss of employment, isolation and close family proximity have all put extra pressure on families who were already struggling.

“Poverty, inadequate housing, substance misuse and poor mental health – they all add to the toxic mix.”

How has coronavirus affected your practice?

Eight months into the pandemic, how has it affected your practice and working conditions, and the lives of the people you support? Take our latest coronavirus survey to let us know.

She told her audience of sector leaders that the problem needed to be responded to by increased professional curiosity.

“It may not always be comfortable territory,” said Spielman. “But the right questions protect children. All professionals who work with a family where there is a new baby have a role to play. Consider how well parents are coping, and if there’s any help that they might need. And we need to make sure that all staff and volunteers understand the risk factors and what to do if they spot them.”

She also emphasised the importance of supporting and building trust with younger parents – “without labelling or patronising them” – to help them look after their children safely.

Spielman said concerns about the level of harm to babies had predated the pandemic, pointing to the Child Safeguarding Practice Review Panel’s first annual report this year, which said 27% of serious incidents it received from July 2018 to December 2019 involved non-accidental injury to a child under one.

The panel followed this with an inquiry into sudden unexpected death in infancy, which focused on the dangers of parents co-sleeping with infants in unsafe environments, and said promoting safe sleeping needed to become more embedded in social work practice.

Also speaking at the conference, children’s minister Vicky Ford raised concerns about the trend, but said it was “very welcome” that the chief nurse had sent a clear, strong message to NHS leaders that “health professionals working with babies must not be redeployed elsewhere in NHS during Covid”. This was a reference to a letter to NHS directors of nursing last month from Professor Viv Bennett, the chief nurse within Public Health England, and NHS England and Local Government Association leaders, which said health visitors, school nurses and other professionals supporting children and families should not be redeployed because of safeguarding risks.

This point was echoed by Association of Directors of Children’s Services president Jenny Coles, who said “We’re really pleased that we had a letter from the chief nurse to say that community health services, particularly health visitors are not going to be pulled away from their substantive roles, because they play such an important part for new parents and new babies, in terms of accessibility and advice and support.”

She also said that a wider response would be needed to the issue of infant harm, adding: “Protection, safeguarding and support for new parents and babies is a multi-agency response and it’s important we’re all in place to do that.”

More on how Covid-19 has hit children’s services