By Mithran Samuel on November 10, 2020 in Adults, Social work leaders 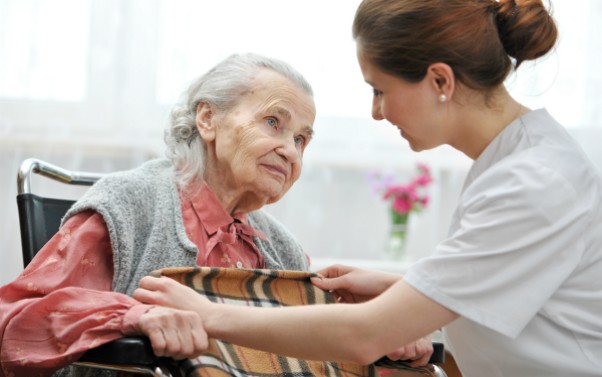 The government has ditched controversial plans for care home managers to be responsible for gathering the key information to determine whether their residents should be deprived of their liberty, under the Liberty Protection Safeguards (LPS).

While the role will be kept under review it will not be implemented when the new system for authorising deprivations of liberty in care comes into force in April 2022, on the basis that it would “not be the right time” to do so. The decision was revealed in minutes from a meeting last month of the government’s steering group for implementing the LPS, which were published today by the Department of Health and Social Care.

Guidance on the LPS

Guidance on what the LPS means for social workers is available on Community Care Inform Adults, written by legal editor Tim Spencer-Lane, who led the Law Commission’s review of the law on deprivation of liberty that was the basis for the LPS.

This includes a quick guide to the LPS, a podcast in which Tim answers key questions on how it will work and a guide to the Mental Capacity (Amendment) Act 2019, which enacts the LPS.

The planned role would have involved care home managers arranging assessments and gathering information to determine whether a person would be deprived of their liberty under proposed care arrangements, whether they objected to the arrangements and whether the arrangements met the required conditions for the deprivation to be authorised. These are that the person lacks capacity to consent, has a mental disorder as defined by the Mental Health Act 1983 and that the arrangements are necessary to prevent harm to the person and proportionate to the likelihood and seriousness of that harm. The care home manager would then supply this information to the “responsible body” – the local authority for the area – who would decide whether the deprivation of liberty should be authorised.

The proposal met widespread opposition from practitioners, sector leaders and parliamentarians throughout the passage of the Mental Capacity (Amendment) Act 2019, the legislative vehicle for the LPS. This was on the grounds that managers would lack the skills to perform the role, and would face a conflict of interest in doing so because they would want to avoid scrutiny for their home.

The government softened the idea in response by amending the legislation so that it would be up to the responsible body to decide if the care home manager should carry out the role in any individual case, and ensure managers could not commission anyone connected to the home to carry out LPS assessments. However, concerns remained.

The minutes from the steering group meeting read: “DHSC officials acknowledged that the role of the care home manager in the MC(A)A 2019 has always been contentious. They explained that the Government has heard representations from across the sector, both for and against this role, and considered its potential very carefully. The Government has decided not to implement this aspect of the MC(A)A in England, for now. The relevant provisions in the Act will therefore not be commencedin April 2022.”

‘Not the right time’

It added: “The care home manager role was originally designed so that people who know the person and understand their wishes and feelings, could lead the LPS process, with the added benefit of reducing the burden on local authorities and CCGs. These aims are still valid, but the Government has decided that now is not the right time to introduce the role. Instead, the Government will focus on introducing all other aspects of the LPS; and working productively with stakeholders to ensure that implementation in 2022 is a success.”

Leading Court of Protection barrister and Mental Capacity Act expert Alex Ruck Keene welcomed the shift, in a post on his blog.

“[The care home manager proposal] caused deep unease amongst many – including many care home managers who felt that they were put in an impossibly conflicted position.  It  also looked like, in many cases, simply being unworkable because of the need to provide so many restrictions upon whom the care managers could call upon that it would have ended up being more complicated and more expensive than simply having the responsible body coordinate the assessment process.”

Advocacy organisation VoiceAbility also welcomed the move but said the government needed to rule out introducing the measure.

“Whilst this decision is good news, it is concerning that the government has not taken the option of care home managers leading the process entirely off the table, instead stating that they will ​‘keep the case under review’. We call on the government to put the matter beyond doubt.”

The minutes also set out the regulations that will be issued to determine how the LPS will be implemented in practice.

One set will cover the training and qualifications required to be approved mental capacity professionals (AMCP), who will be responsible for carrying out “pre-authorisation reviews” – designed to ensure that the conditions for depriving the person of their liberty have been met – in specified cases. These are in cases where the person objects to the arrangements, the arrangements would take place in an independent hospital or where the responsible body determines that an AMCP – rather than another professional without their status or training – should carry out the pre-authorisation review.

Social workers are expected to make up the majority of AMCPs, as is the case with the current best interests assessor (BIA) role under the Deprivation of Liberty Safeguards, which will be abolished, alongside the DoLS, when the LPS comes into force.

As with BIAs, the AMCP role will be open to suitably qualified nurses, occupational therapists and psychologists, as well as social workers; however in addition, speech and language therapists will be able to carry out the new role. The regulations will also set out arrangements for BIAs to become AMCPs through a conversion course.

There will also be separate regulations setting out:

These will be published in draft for consultation in spring 2021, alongside a draft code of practice, which will provide statutory guidance on applying the Mental Capacity Act 2005, as well as the LPS.