Chronic shortage of placements causing huge levels of instability and risk for children in residential care, and situation is getting worse, warns watchdog

By Alice Blackwell on November 16, 2020 in Children 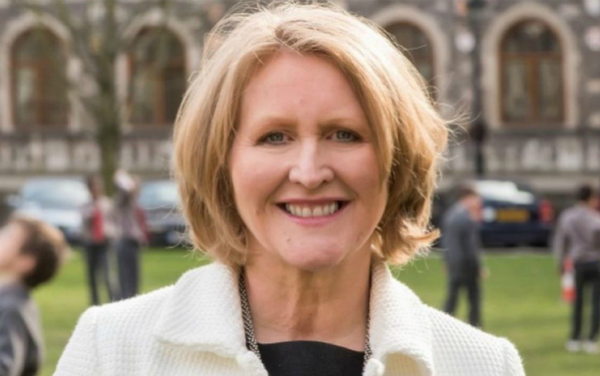 The government’s failure to fund councils to ensure sufficient local accommodation for looked-after children implies “a deep-rooted ambivalence to vulnerable children’s needs”, the Children’s Commissioner for England has warned.

In a report last week, commissioner Anne Longfield said thousands of the country’s most vulnerable children were being “failed by the state” in residential care, through experiencing “huge levels of instability which undermines all their relationships”, being placed far from home or being “left at huge risk waiting for suitable accommodation”, as a result of the “chronic shortage of placements”.

Under section 22G of the Children Act 1989, councils must take steps that secure, so far as reasonably practicable, sufficient accommodation in their area for looked-after children that meets their needs. The report said that while councils had failed to prioritise spending to develop this, the roots of the problem lay with

“It is the Department for Education which has the ultimate responsibility to ensure that councils have the resources to discharge their obligations, and that they actually do so; and to forecast and co-ordinate provision,” it said. The department has failed in each regard. Given the growing crisis in children’s residential care and the mounting evidence of its impact on children, these failures imply a deep-rooted institutional ambivalence to the needs of these very vulnerable children.”

The commissioner said the situation was getting worse, as emphasised by a number of High Court judgments this year concerning children for whom no place could be found in the country.

The report, The children who no-one knows what to do with, said the capacity shortfall left local authorities “ringing round for last-minute, over-priced, possibly inadequate placements”, with cases of multiple councils bidding for one place, leading to the child with the lowest needs being accommodated as that was easiest for the home.

Separate research published alongside the report showed that private children’s home and fostering providers accounted for 73% of the 11,000 growth in the care population from 2011-19, but there was a lack of information about the profits, ownership, costs and debt of these companies that needed to be filled to ensure optimal care for children and value for the taxpayer.

The children who no-one knows what to do with highlighted in particular the experience of three groups of children: those in unstable care, unregulated accommodation and secure care.

The first group encompassed those children who had undergone two or more placement moves in a year.

The commissioner’s annual stability index, also published alongside the residential care report, showed that there were 8,098 of these children in the care system as a whole in 2018-19, 10.4% of the total, a rate that has remained stable since 2015-16.

However, rates were much higher among those whose first placement was in children’s homes (16.7%) or secure or specialist accommodation (25.5%) than in long-term fostering (5%) or other types of foster care (10.8%).

The residential care report said that while some moves were necessary or desired by children, it was never in a child’s best interest to have three or more ‘homes’ within one year”.

The report found that rates of instability varied significantly between local authorities, ranging from an annual average of 3.71% to 16.37% from 2016-19. The commissioner said that nothing linked the areas with the highest rates except “poor planning and presumably a lack of care”.

Instability was closely linked to young people being moved into unregulated accommodation, with the stability index showing that 17% of those who had experienced placement instability in both 2017-18 and 2018-19 being in such placements as of 31 March 2019, compared with 5% of other children in care.

While the government has proposed banning their use for children under 16, it has said they may be appropriate for 16- and 17-year-olds, which the commissioner suggested was down to the gap in supply that would occur should they be removed from the market.

The report also highlighted the “acute lack of capacity” in the secure home sector, with 100 children in care placed in these homes but 200 awaiting secure care, with increasing numbers being deprived of their liberty in other settings through court orders.

On the back of the report, Longfield said the government needed to urgently launch the independent review into the care system promised in the Conservative manifesto, which children’s minister Vicky Ford recently said would commence “imminently”.

The commissioner said there was broad agreement across the sector that capacity needed to be increased across the system, including in long-term and specialist foster care, with priority given to:

This would reduce reliance on unregulated accommodation, placement moves and waiting lists for secure care.

To achieve this, the commissioner called for:

In its response to the report, a Department for Education spokesperson said: “The education secretary has been clear that no child should be denied the opportunity for a loving, stable family life, or be ‘bounced around’ the care system in accommodation that does not meet their needs. We have also set out that children under the age of 16 should not be living in unregulated homes.

“Our bold, broad and independently-led Care Review will launch as soon as possible, and will support improvements in the children’s social care system. This will build on the millions we have invested in secure children’s homes and in projects designed to increase capacity and improve how places for these children are commissioned.”

The commissioner’s findings garnered support from across the sector with children in care charities Become and Coram Voice backing her call for the care review to be launched urgently and address the issues raised in the reports.

Association of Directors of Children’s Services president Jenny Coles – in a reference to the growing presence of private equity-backed providers in the market – said “market forces alone cannot address the capacity, quality or cost challenges as well as the growing geographical imbalance in residential provision”, despite the quality of some such providers.

She said the government needed to provide councils with capital funding to develop their own provision, adding: “If the Treasury were to provide local authorities with the funding we need to develop and shape the market in line with the needs of the children in our care, the long term benefits for children will far outweigh the short term costs.

However, the Independent Children’s Home Association raised concerns about a reversion to more local authority-run homes.

Chief executive Peter Sandiford and deputy chief executive Liz Cooper said: “Whilst there may be currently unsubstantiated but potentially legitimate concerns regarding leverage and the financial sustainability of a minority of companies, the historical collapse of local authority provision across the country suggests that the sector would be as, if not more, unstable if ownership were to return to them.”

The association also raised concerns about the language in the commissioner’s children’s home report, which implied they were  institutions, when most are “suburban homes caring for two or three children”.

However, they said the association broadly welcomed the commissioner’s calls, particularly in relation to unregulated accommodation, adding: “The ICHA agrees that regulation and oversight of all currently unregulated provision must be brought in as a matter of urgency and joins the children’s commissioner in calling on the government to act on this matter.”