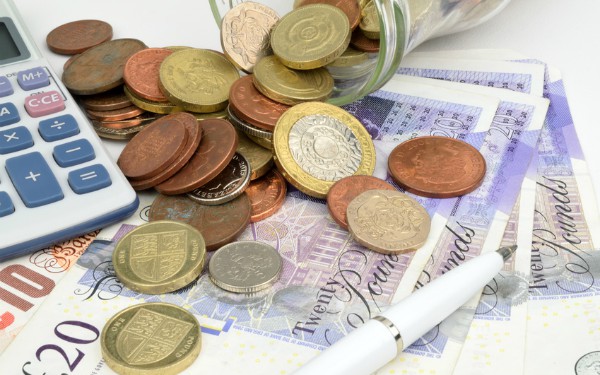 In a last-ditch bid for cash from this week’s government spending review, the Association of Directors of Adult Social Services released a survey report today which found that the billions provided to support adult social care through the pandemic was not sufficient.

Based on completed responses from two-thirds of England’s adult directors in late October and early November, the survey found that needs had increased in key areas – and risks to care services had worsened – since similar research conducted in May.

Off the back of the report, ADASS has urged government to find an extra £2.15bn to see councils through the rest of the financial year – up from the £1.7bn the association calculated was needed earlier this month – and significant additional funding for 2021-22.

Chancellor Rishi Sunak will set out the government’s plans for 2021-22, including the level of resource targeted at local authorities, in this Wednesday’s spending review.

So far, the government has provided councils with £4.6bn in un-ringfenced funding to battle Covid-19, with £1.4bn of the first £3.2bn of this spent on adult social care. In addition, ministers have provided £1.15bn specifically to control infection in adult care services while £1.9bn has also been provided to the NHS to support people’s discharge from hospital, much of which will have been spent on social care.

However, on the back of its latest survey, ADASS president James Bullion said: “This should be a wake-up call for the government, and it must respond. The risk is that unless adult social care is prioritised in the spending review, the caring arrangements that millions of us rely upon will break down and the cost will the paid by society and the economy.

“This is an opportunity to send a clear signal that working-age disabled people, older people and carers are recognised, valued, and protected. Failure to invest now will also make the goal of long-term reform so much harder to achieve.”

Respondents to the survey projected they were on track to overspend their budgets by £3m on average by the end of the 2020-21 financial year which, scaled up, would represent a national overspend of £468m.

However, ADASS warned: “This figure is likely to be subject to significant change given that we are on the cusp on winter and the impact of this on services and budgets is as yet unclear.”

The latest survey provides an update on the position facing councils since ADASS last surveyed directors on the financial impact of Covid, and in key areas the position has got worse.

The proportion of senior leaders saying that safeguarding and domestic abuse needs had risen by at least 10% has doubled since the May survey, from about 20% to 40%, with 69% overall reporting increased needs, up from 42%.

In May, 35% of directors said needs in this area had fallen since the pandemic, with only 8% saying this was the case now, which ADASS attributed to the lockdown hiding safeguarding concerns.

There was also a significant rise, from 41% to 63%, in the proportion of directors reporting increased community referrals, for example as a result of personal assistant breakdown or people having to shield.

Needs arising from carer breakdown, sickness or unavailability were also up, from 53% in May to 64% in the latest survey.

Commenting on this rise, ADASS said both the numbers of people providing unpaid care, and the intensity of such care had increased during the pandemic, adding: “In many cases, if an unpaid carer falls sick, there may be no one else available, or capable, or providing the care and support that their family member or friend requires. In such cases it is often adult social care who provide emergency support to the people they are caring for.”

In addition, 23% of directors said they had no confidence that their budgets would be sufficient to meet all of their statutory duties, with the same proportion saying they were fully confident they would do so.

This represents a better position than in May, when 35% reported no confidence and 4% full confidence, though since that previous survey, the government has allocated £1.4bn in un-ringfenced cash, £546m through the infection control fund and £588m to fund post-discharge care.

Other trends reflect the lifting of restrictions during the summer and early autumn, with a fall from 80% to 65% in the proportion of directors reporting increased need because of providers’ concerns around accepting new clients. There was also a drop, from 74% to 66%, in the proportion reporting increased need from temporary closure of services, such as day centres.

However, the survey also revealed significant concerns about the state of the care market. Forty one per cent reported care home providers closing or ceasing trading in their area, from May to October 2020, up from 25% for the period covering October 2019 to March 2020, with an increase in 15% to 22% in relation to home care providers over the same time.

ADASS reiterated its call for the government to find an extra £1.2bn to provide breaks for unpaid carers, plus £480m for home and community care to deal with the pandemic-induced shift away from residential services, for the rest of the 2020-21 financial year.

It said this should be supplemented by the £468m to fill the projected black hole in councils’ budgets this year.

In relation to the spending review, which will cover 2021-22, it said the government needed to fully fund the ongoing and legacy costs of Covid-19, including to cover safeguarding and domestic abuse-related needs and the increasing proportion of people having care at home.

In addition, it called for an extra £1.3bn to cover demographic and inflationary pressures in adult social care in 2021-22, while urging ministers to ensure other local government services are protected to safeguard adult care from additional pressures.