The voices of those who have benefited from puberty blockers were not apparent in the recent case. It is critical social workers listen to children with gender dysphoria to ensure they get the right support, says Leanne Taylor 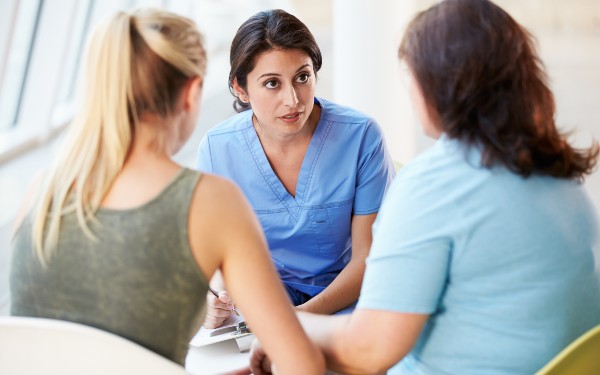 On 22 December 2020, the Tavistock and Portman NHS Foundation Trust (“Tavistock”) lodged its application to the Court of Appeal for permission to appeal the Bell v Tavistock judgment. After a previous refusal of permission by the High Court, this is positive news for those concerned by the judgment.

These proceedings arose in a particularly challenging year for the transgender community, not least with the effects of a global pandemic, but also with an increasingly polarised public media debate on validity of gender identity, and governmental backtracking on legal changes that had been promised for several years.

Though the judgment will not be implemented pending the outcome of the appeal, the ruling has led NHS England to make the following changes to provision:

If the appeal is unsuccessful, it is likely that these provisions will remain in force.

It is without doubt that there are concerning gaps of knowledge pertaining to the long-term effects of PBs for children. Also concerning was the Tavistock’s inability to provide evidence on experiences of transgender treatment pathways into adulthood. It is entirely reasonable to expect more from clinicians, services and medical science in relation to medical interventions for children. However, international professional bodies for transgender health and human rights bodies Amnesty and Liberty have issued statements of concern about the broader impact of the judgment on transgender healthcare and well-being.

A lack of attention given to a broad range of voices from people who had progressed into adulthood having been prescribed PBs, or those who had transitioned in adulthood is apparent in the judgment. The effect of puberty upon children with gender dysphoria (“GD”) can be traumatic.

Unchecked, this has permanent effects, and impedes medical and social gender transition in the future. Stigmatisation and problems with social integration are sadly a feature of life for many people who transition in adulthood.

Puberty blockers as a gateway

The High Court’s consideration that puberty blockers are a stepping-stone to irreversible medical transition by way of cross-sex hormones also needs some thought. This was based on international evidence (see page 57 of the Bell v Tavistock judgment) suggesting the majority of those prescribed PBs did go on to further medical interventions and treatment. The Tavistock was unable to give these figures to the court for a variety of reasons.

Despite this, it seems odd that there was no consideration that the right course of action was taken for those children because they went on to take cross-sex hormones. A lack of information about positive outcomes does not necessarily equate to a broad concept of harm.

What about parental consent?

The General Medical Council’s guidance provides that, where a child requires medical treatment, clinicians are to consider whether the child has achieved sufficient understanding and intelligence to understand fully what is proposed. If the clinician considers the child as not sufficiently mature, then a person with parental responsibility can give consent for them.

The court will become involved where there is disagreement or dispute in relation to capacity or best interests. The Bell v Tavistock judgment disallows a child’s consent to PBs, and the Tavistock’s policy is to not act on parental consent where a child cannot give capacitous consent, in order to give the child control of the pathway. The judgment leaves the court as the sole arbiter on best interests for the child in this scenario. One wonders what the judgment might have been had the Tavistock merely changed its policy and accepted parental consent in relation to PBs, as is advocated here by barristers Nicola Newbegin and Robin Moira White of Old Square Chambers.

Parents will now find themselves as a respondent to court proceedings on PB treatment decisions. If they wish to have their views presented according to the complex legal landscape in this area, legal representation would be advantageous. This comes at a cost, leaving those without resources to rely on the narrow eligibility tests of the Legal Aid Agency, and many low-income parents being denied legal advocacy.

The complexities that develop in this light for looked-after children is something social workers and guardians will have to come to terms with, especially given that research has found  a general lack of awareness around transgender issues within the profession.

The question that arises at this point is what does all of this mean for social workers? The British Association of Social Workers (BASW) Code of Ethics and the Social Work England professional standards hold concepts of social justice, self-determination, human dignity and well-being as core to all social work. Whilst the protection of vulnerable children and adults is a key focus, so is an acceptance of diverse identities, and valuing the voices of all.

Whatever the outcome of the Court of Appeal’s considerations in the Bell v Tavistock case, it is important that social workers listen to children when they express thoughts around their gender identity. They should understand that a lack of family support in relation to expressions of transgender identity can be damaging, and conversely that support of a child’s transgender identity is not inherently harmful (see page 4 of Transgender awareness in child and family social work education).

Social workers should ensure that children are referred to the appropriate health and social services to assist with the emotional distress and social exclusion that growing up with gender dysphoria brings. It is important to recognise that there are children who find peace after a social transition and benefit from the administration of puberty blocking medication. These children are able to then progress into adulthood according to their sense of identity and live fulfilled lives.

Leanne Taylor is a registered social worker and lecturer in social work and mental health law at the University of Kent, where she is part of the Trans Awareness in Social Work project.