By Charlotte Carter on February 22, 2021 in Adults 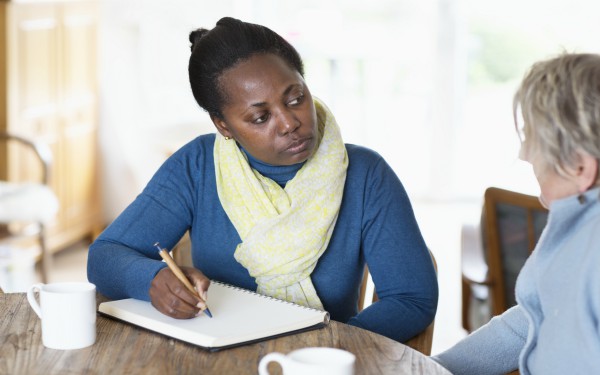 People are being unlawfully deprived of their liberty because professionals lack a common understanding about whether to use the Mental Capacity Act or Mental Health Act to do so, a report has found.

The government-research by the King’s Fund found professionals tended to make decisions about which piece of legislation to use based on their particular professional role and training and raised concerns about the use of ‘blanket rules’ which did not consider the individual case.

Respondents also said the codes of practice for the two acts and relevant case law were difficult to understand and keep up to date with.

The Mental Health Act 1983 (MHA) and the Mental Capacity Act 2005 (MCA) both provide a legal means to admit people to hospital and deprive them of liberty.

A key interface arises where an individual with a mental disorder lacks the capacity to decide whether to be admitted to hospital to receive care and treatment and they are not objecting to admission or treatment. Then, a practitioner may need to consider whether that person should be detained under the MHA or instead made subject to a Deprivation of Liberty Safeguards (DoLS) or Court of Protection order.

Community Care Inform Adults users can get further guidance by reading our guide to the interface.

The study was based on an online survey of approved mental health professionals (AMHPs), best interests assessors (BIAs), section 12 doctors, who are approved to authorise detention under the MHA, and approved clinicians, who are responsible for the care of patients subject to the MHA.

It found a lack of a common understanding around fundamental factors that influenced how decisions are made, including the key concepts of capacity and objection.

Survey respondents shared examples of professionals saying that capacity was either present or absent in a person, rather than decision or time specific, a lack of capacity being conflated with lack of insight and practitioners believing, wrongly, that the MHA could not be used if the person were not objecting.

The research also found that people’s professional role had an impact on which route they typically took when assessing someone who lacked capacity to be admitted to hospital for assessment or treatment, and who was not objecting to admission or treatment.

“This demonstrates that, in practice, practitioners do not approach this decision from a position in which the two Acts are considered on an equal basis,” the report said. “This may in part reflect that professions are most likely to make these decisions in relation to their area of training.”

The study also uncovered fundamental differences in the way each act was conceived by professionals. The MCA was seen as having fewer safeguards, for example, because the DoLS could authorise care or treatment for 12 months, but was seen as better at protecting people’s autonomy.

By contrast, the MHA was seen as inherently restrictive, undermining the basis of decision-making at the interface, which is designed to be based on the least restrictive option.

The research also highlighted how practitioners applied blanket rules when making decisions at the interface, which it said was “most concerning”.

One interviewee shared a reluctance by AMHPs to use the MHA within an acute trust due to concerns about it being able to provide appropriate treatment.

The report found participants opted for practical solutions, such as choosing legislation that avoided the risk of multiple assessments, delays in access to care, or not having a legal framework in place for care – at the expense of considering the ‘least restrictive’ approach.

“This is perhaps most concerning in relation to how this decision is made in practice, because by nature of a blanket rule, there is no decision.”

“The differences in how these blanket rules apply introduces a level of variation such that the rights accorded to people admitted and treated in some settings and areas of England may not be afforded to those in other settings and areas,” the report added.

The report comes with the government consulting on a White Paper to reform the MHA, and ahead of the implementation next year of the Liberty Protection Safeguards to govern deprivations of liberty under the MCA.

The Independent Review of the Mental Health Act, which reported in 2018, proposed that all patients without the relevant capacity who did not object to care and treatment should be treated under the DoLS/LPS and not under the MHA.

The government is seeking views on this through the White Paper consultation but will assess the impact of the implementation of LPS next year before making changes to the interface.

In response to the report, Steve Chamberlain, chair of the AMHP leads network, said: “I’ve got no doubt that on the veracity of what they’re saying around people decide based on their profession and what they’re most comfortable with rather than based on the individual circumstances they come up with, or, alternatively what’s available.”

He added: “With DoLS, local authorities have huge backlogs, so if you go down that route people are saying well they’re not going to be seen for another six months anyway, even if they thought DoLS was adequate.”

He said the report highlighted the need to try and make decision-making at the MHA and MCA-DoLS interface as straightforward as possible, or at least reduce the confusion.

“Whilst we’ve got two bits of legislation and they’re bound to bump into each other, the answer is to reduce the confusion at the interface and make it as clear as possible, as well as updating the codes of practice which are very old now.

“The review team themselves said the ideal long-term solution is what’s called ‘fusion legislation’, so just one piece of legislation covering the MHA and MCA but they acknowledged it’s a really big deal and its unlikely to happen,” he said.

The King’s Fund designed a mixed-methods study with an online survey to capture the diversity of factors that influence decision-making across clinical groups and qualitative interviews with clinicians and professionals to explore in depth their understanding of the interface and experiences of making this decision in practice.

Data was collected between 7 March and 1 April 2020. In total, 634 people completed the survey, with 482 people completing all quantitative components of the questionnaire.