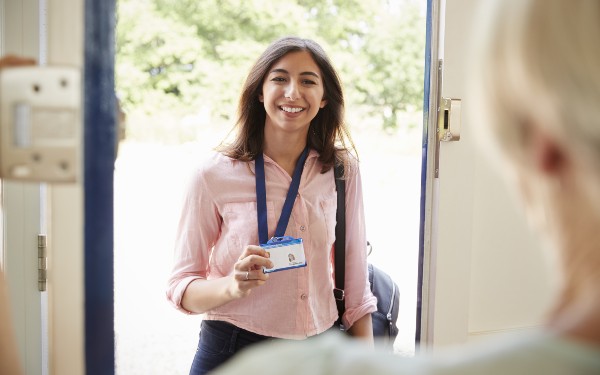 Staff from overseas will be able to come and work in the UK as senior care workers and registered managers, after ministers accepted advisers’ recommendations to add the roles to its shortage occupation list (SOL).

Provider leaders gave the move a cautious welcome but said that the concession needed to be extended to all care roles, amid widespread concerns that the government’s post-Brexit points-based immigration system will worsen staff shortages in the sector. Skills for Care estimated there were 112,000 vacant roles in adult social care in England last year.

When it came into force in January, the points-based system cut off the vast majority of care roles from new staff from overseas.

In a September 2020 report, the Migration Advisory Committee (MAC) recommended senior care workers and registered managers be added to the SOL, a move it said would reduce barriers to their recruitment from overseas.

In an initial response in October, home secretary Priti Patel said the government would wait to gauge the impact of Covid-19 on UK citizens’ employment prospects and that of the new immigration system on the labour market, before revising it.

However, last week, the Home Office said senior care workers and registered managers would be added to the SOL.

The government has replaced free movement for citizens from the European Economic Area (EEA) and Switzerland and the previous tier 2 visa system for skilled migrants from outside Europe with a points-based system for skilled workers entering the UK from any part of the world..

To qualify for entry, people must also earn a further 20 points through having a minimum salary of £25,600 a year (pro-rated for part-time workers), or the going rate for their job if this higher, or through being in a shortage occupation. In this case they need only earn £20,480.

This is just above the median salary for senior care workers, so now the government has accepted the MAC’s advice to add the role to the shortage list, migrant staff will be eligible to apply for around half of such roles.

By adding registered managers of services to the list of shortage occupations, over 90% of those roles qualify.

Minister for future borders and immigration Kevin Foster said the Home Office did not reject the MAC’s recommendation but decided more time was needed to assess the pandemic’s impact on the labour market and to see how the new points-based immigration system was working.

“Whilst we have now added roles in the healthcare sector to the shortage occupation list, these are subject to the appropriate minimum salary thresholds as immigration must be considered alongside our strategy for the UK labour market and ensuring UK-based care workers get the rewarding packages they deserve, rather than as an alternative to it.”

Responding to the announcement, Care England chief executive Martin Green said he was pleased that the government has acknowledged the challenges of recruiting social care managers, as this was something Care England “has long called for”.

“We hope that this is the start of a process towards the creation of a migration system which supports rather than undermines the development of the adult social care workforce.”