Caseloads have got less manageable for children’s social workers under Covid, survey finds

By Alice Blackwell on April 1, 2021 in Children, Workforce 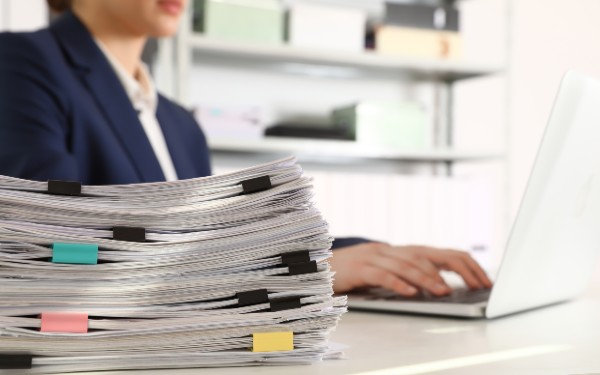 Over three-quarters of statutory children’s social workers  in England are struggling with their caseloads, and the situation has got worse over the course of the pandemic, research suggests.

Seventy nine per cent of respondents to Community Care’s annual caseloads survey, carried out last month, said their caseloads were either “completely unmanageable” (23%) or “hard to manage” (56%). This is up from 72% in our poll last year, carried out on the eve of the pandemic. Just over 800 children’s practitioners responded to the 2021 survey, all of whom work for English local authorities or children’s services trusts

Just 4% of practitioners perceived their work as “comfortably manageable”, while 18% said it was “mostly manageable”. 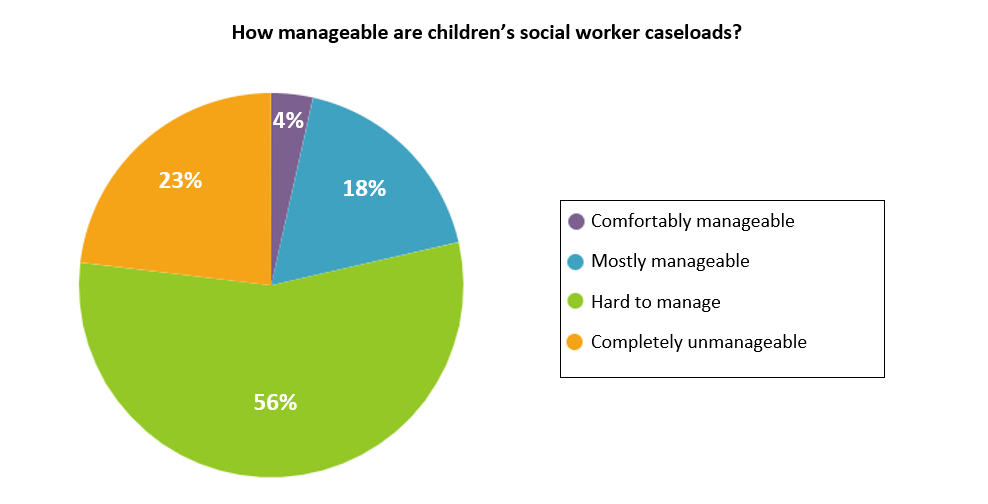 One safeguarding social worker in Yorkshire and Humberside, who said their caseload was completely unmanageable, said: “Expectations and volume of work are beyond any individual social worker’s capacity. Number does not reflect the complexity of cases. I and my team are operating at harmful levels of stress. Staff are burning out, despite the emotional support from management. I feel I have no long-term future in safeguarding children.”

Among those who classed their cases as hard to manage, one senior social worker in the South East said: “I’m meant to be on leave this week. However, I worked a full day yesterday, two hours today and need to work another full day before Monday to complete paperwork. I’m looking at leaving social work in the very near future.”

The results add to a growing body of evidence of the impact of the pandemic on social workers. A recently published survey found that UK practitioners’ wellbeing had declined between the summer and autumn of 2020, and a separate Community Care poll found three-quarters of social workers in England felt worse about their working life last November compared to the previous year.

In our latest survey, the average caseload figure for full-time case-holding practitioners was 23.9, compared with 24.4 last year, but well above the 16.3 given last month by the Department for Education as the average for full-time equivalent children’s social workers in England, as of September 2020.

Community Care’s survey ran during the middle two weeks of March 2021 and was open to case-holding children’s social workers working in English local authorities or children’s trusts, receiving 823 responses. Average caseload numbers were calculated using the responses from the 614 social workers who said they worked full-time.
As with the DfE’s annual  workforce census, the number was based on the number of individual children staff worked with or, in the case of fostering social workers, the number of carers they supported. However, the research differs from the DfE’s census in being based on a self-selecting sample of practitioners that is not representative, rather than national data submitted by all local authorities about their staff; and is determined by practitioners’ reports of their own caseloads rather than by dividing the total number of cases reported by councils by the number of case-holding social workers.

As in previous years, the DfE statistic was widely questioned by children’s social workers, who said their workload was much higher.

Among teams, cases were highest on average among referral and assessment teams (26.3), with practitioners in safeguarding teams holding 23.6  cases on average and those in children in care teams 20.7. 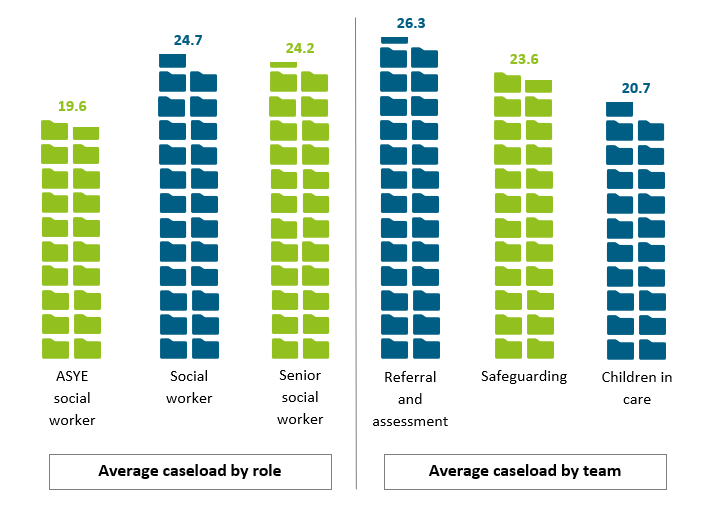 British Association of Social Workers professional officer Gavin Moorghen said: “Children and families don’t want tired social workers, they don’t want social workers who are burnt out. But that’s the position that they’re being put in and, with the best will in the world, too much pressure means that, long-term, you’re not going to get the best outcomes for children and families and that’s where our concerns lie.”

Unison’s national officer for local government, Gill Archer, said: “Social workers are being pushed to the brink of exhaustion. The pandemic has put significant strain on a sector that is already suffering from years of under-investment.

“Demand for services has soared over lockdown, while coronavirus has meant more staff have had to take time off sick or to isolate. This means that those who are able to work face an unbearable caseload.

“The sector needs urgent funding from the government, or many staff will find it too difficult to continue in their roles.”

‘We are facing a crisis’

He added. “If the stated increase in caseloads is not addressed then we will be facing a crisis; impacting on the loss of skilled, well trained and necessary staff who impact daily on our lives from the work social workers do covering all ages and backgrounds.  The government needs to listen to this.

From an employers’ perspective, Association of Directors of Children’s Services vice president Charlotte Ramsden said the results gave “cause for concern”.

“If social workers feel overwhelmed by their work this will have a knock-on effect on their mental health and wellbeing as well as on their work with children and families, so there are some important messages for local authorities and national government to take away from this survey,” she added.

“We are now seeing greater complexity of need being presented by children and families and this is likely to have been exacerbated at a time when members of staff have fallen ill or needed to self-isolate due to Covid-19.

‘No magic number for cases’

“There is no ‘magic’ number of children or families in a caseload and social care cases will vary in complexity. While it is obviously preferable for social workers to have smaller caseloads, enabling them to work more intensively with children and families, a range of factors need to be considered during the allocation process from complexity, risk and the experience of the social worker.”

Yvette Stanley, Ofsted national director for regulation and social care, said it was “obviously concerning that many social workers say they have unmanageable caseloads”.”

“We know that higher caseloads are a common challenge for local authorities, but many are making significant efforts to decrease them by investing in social workers, their practice and the support services children and families need.

“This leads to an environment of high challenge, high support, where social workers are able to do their best work and where managers and leaders have a clear line of sight on practice and the risks to children, which are being managed in the community.”

Children’s social worker caseloads continue year-on-year fall, according to DfE figures
Family justice overhaul bids to limit number of care proceedings
‘I love being a social worker but it takes over your life’: children’s practitioners on their caseloads

7 Responses to Caseloads have got less manageable for children’s social workers under Covid, survey finds