The lack of reference to anti-racism in social work standards and the over-representation of practitioners of colour in fitness to practise require urgent action. But so far Social Work England has fallen short, argues Wayne Reid 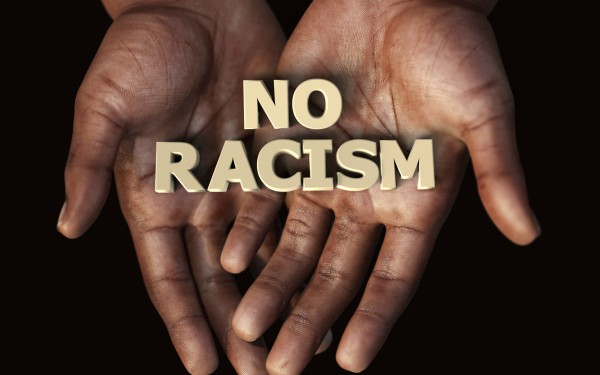 This article represents my personal perspectives and not the views or sentiments of my employer or any other organisation, nor those of other social workers or people of colour.

Editor’s note (22 April 2022)
Since this article was published, Social Work England has, with What Works for Children’s Social Care and the principal social worker networks, formed an Anti-Racist Social Work Steering Group. Last year, the group carried out a survey of social workers on their experiences of racism, which reported in March 2021, finding that 28% of social workers had had at least one experience of racism from a colleague or manager in the previous year.The regulator also published an equality, diversity and inclusion (EDI) plan in February 2022. This committed Social Work England to, among other things, developing learning outcomes for what should be expected of social workers, on qualification, in relation to EDI. Its professional standards have not been amended since the article was written, while it has also said that efforts to tackle racial inequalities in the fitness to practise system have been hampered by a lack of data on social workers’ diversity.

In this article, I outline how social work regulation perpetuates white supremacy. My premise is that “morality cannot be legislated, but behaviour can be regulated” (Martin Luther King).

Since George Floyd’s killing, I’ve reported widely on the lack of protections and support for social workers of colour; their over-representation in fitness to practise cases and their disproportionately negative outcomes on assessed and supported year in employment (ASYE) programmes.

The coverage and prominence of anti-racism in social work in recent months has been inescapable. However, the silence from Social Work England and MPs is perplexing.

Standards that discriminate and oppress

In a previous article, I emphasised my disappointment that: “neither [the] education and training standards for 2019 or 2020, nor the professional standards for social workers, explicitly refer[s] to anti-discriminatory (ADP), anti-oppressive (AOP) or anti-racist practice (ARP).”  And: “Their omission in social work regulation is a travesty of social justice in itself.”

Yet they are considered as accepted wisdom – even though they implicitly convey that “white is best.”

I’ve commentated widely on how many social workers of colour feel unsupported during fitness to practise investigations. Indeed, their statistical over-representation implies the current standards overtly dominates and punishes them.

At best, the standards are non-racist (or neutral/colour-blind), but definitely not anti-racist. Due to the omissions of ADP, AOP and ARP, I conclude that central aspects of the education, training and the professional standards in social work are inadequate and unfit for purpose. Perversely, the standards risk being perceived as tools wielded to discriminate against and oppress social workers of colour (and, consequently, people of colour who use services).

Disproportionate representation in fitness to practise

Community Care articles (from February 2021 and March 2021) have reported on the “delays in fitness to practise processes having ‘life-changing impacts’”. Social workers of colour are over-represented in these cases. Therefore, it’s probably safe to assume they are being disproportionately affected by the delays.

Another article (from July 2020) cited the lack of ethnic diversity within the Social Work England workforce. Confidence is not instilled when there is no transparency about how this is being addressed/reversed. I’ve previously queried whether this was being treated as a priority, as this could be mistaken for pigmentocracy rather than meritocracy  – but I’ve had no response.

Also, I’m concerned that Social Work England has only, and just recently, employed one person to manage all its equality diversity and inclusion (EDI) activities, both within the organisation and across the profession.

I do wonder how incidents of racism (and other forms of discrimination) have been (and are being) properly resolved. My hope is that Social Work England will make this a priority, with improved partnership working with BASW and myself on related matters.

In collaboration with allies and colleagues (inside and outside of BASW England), I’ve amplified the voices of social workers of colour in OUTLANDERS. I’ve published an anti-racist social work framework and outlined readily deployable strategies.

I’ve developed a comprehensive ‘anti-racism in social work’ presentation and delivered it at nearly 100 online events internationally since May 2020. I founded the BASW England Black & Ethnic Minority Professionals Symposium (BPS), which is a multi-talented network of professionals across England.  I’ve created a repository of anti-racism resources, which is utilised by many social workers, organisations and stakeholders across the UK. Here is my ‘anti-racism in social work’ portfolio.

OUTLANDERS: Hidden narratives from Social Workers of Colour is an anthology of essays, stories, poems and other miscellaneous works – which I co-edited and compiled in collaboration with Siobhan Maclean.

I’m proud to have been involved with OUTLANDERS and the richness and uniqueness it exudes. The profits will go to the Social Workers Benevolent Trust (SWBT). At the time of writing, the book has sold over 1,000 copies and raised £1,000 for the SWBT. As far as I’m concerned, OUTLANDERS is a legacy piece of social work history and literature.

Despite my prolific work in this area, I’m disheartened not to have been approached by Social Work England or responsible MPs to explore my anti-racism in social work solutions. I fear losing any momentum we have.

I remain patiently waiting for any opportunity to progress this work meaningfully. Admittedly, I’m crestfallen, because I do not want to interpret the lack of responsivity as denial and rejection of my knowledge, expertise and lived (personal and professional) experiences.

I don’t wish to appear populist or journalistic in my observations, but I genuinely don’t know whether some of the senior personnel at Social Work England are unaware of my work or just ignoring it.

I would prefer transparency and to be told that my efforts are not in accordance with their perceived vision – if that is the case. I recognise there are minefields and pitfalls in embedding anti-racism in social work. However, my door has remained metaphorically wide open for months.

Those who govern the profession’s policies must do more than just be seen to acknowledge the advent of another social justice celebration (eg Black History Month, Holocaust Memorial Day etc).

These occasions are often met with bland blogs (if it all).

There is rarely accountability, substance or, more importantly – action.”

Lack of proof of intent

My intelligence feels insulted when I read, in Social Work England’s statement of intent on equality, diversity and inclusion, that this is deemed to be “core business”, when no actual proof is presented or when ‘anti-racism’ is only mentioned once within the entire document.

Sadly, none of the anti-racism in social work activities that I’ve been involved in have generated endorsement or support from Social Work England.

I sent an invitation for Social Work England representatives to view an online presentation I was delivering at the Anglia Ruskin University last month. Unfortunately, I did not receive a reply. I shared a draft version of this article (with my portfolio and presentation) to offer them the right to reply and/or shape the final versions. I received the following reply:

“[We do not wish to make any comment at this point.]  We will continue our dialogue with the sector more broadly, as well as various representative groups within it, on all matters relating to equality, diversity, and inclusion (including anti-racism) as we continue to develop our work and approach. The strategic conversations we are involved with at a national level will also drive conversation and change.  Good luck with the article and your portfolio.”

I’ll continue working effectively with organisational leaders and relevant stakeholders nationally to integrate anti-racism into social work at every level. I will genuinely engage and collaborate with authentic allies and professionals who want to improve the circumstances of social workers of colour, as well as those receiving services – people who are honest about where they (and their organisations) are at on their anti-racism journey.

Sir William Macpherson (RIP) coined the term ‘institutional racism’ when reporting on the racially motivated murder of Stephen Lawrence in 1999.

In 2019, Ibram X Kendi (in his book ‘How to be an Antiracist’) suggested substituting the term ‘institutional racism’ with ‘racist policies‘.

I understand and appreciate both positions and their contemporary relevance to social work.  My previous article on this received widespread agreement (and acclaim) from my peers.  However, sadly, it failed to generate any response from Social Work England – the very institution responsible for policy changes in social work.

I’m pleased the chief social workers for adults and children & families have acknowledged previous shortcomings in the leadership of the profession and re-emphasised the importance of anti-racism.

Hopefully, this will involve the workforce race equality standards (WRES) they have developed, which are being rolled out in 18 local authorities, becoming mandatory and universal across the profession (with a sense of urgency) and supplemented by other national initiatives from key social work stakeholders and policymakers.

Black human rights activists are rarely welcomed by ‘the establishment’. The obstacles social workers of colour face are simply the latest manifestations of what people like me have battled against continuously for centuries. I remain convinced the two main obstacles to progress are ignorance and ‘wilful blindness’.

Let’s not forget, “when you’re accustomed to privilege, equality feels like oppression”.

‘One world, one race… the human race!’

As always, thanks for reading. The full version of this article is available here.

The anniversary of George Floyd’s killing is on 25 May. I want to map the anti-racism activism that has taken place across social work since then.

I want to showcase the strides being made in the profession and spotlight where the ‘anti-racism deficits’ exist.  Please send me any evidence you have, such as: articles, flyers, group activities, posters, virtual events, statements, updated guidance/policies/procedures etc to protect and support social workers of colour.

Contact me at wayne.reid@basw.co.uk or @wayne_reid79 on Twitter to give your accomplishments a platform. I’ll do whatever I can to promote organisations that are really serious about  anti-racism in social work. The closing date for submissions is 14 May 2021 at 5pm.

50 Responses to How does social work regulation perpetuate institutional racism?