By Mithran Samuel on May 7, 2021 in Social work leaders, Workforce 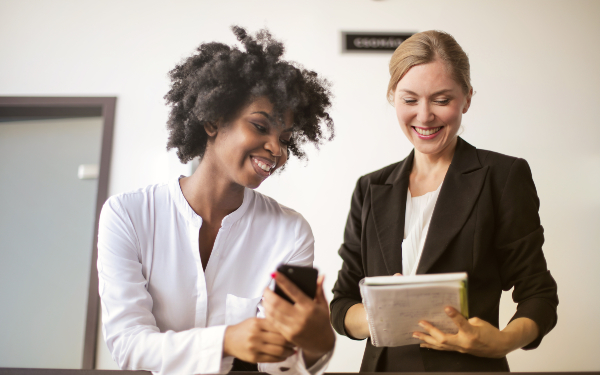 Jo Davidson, principal of the Staff College, made the comments after the Association of Directors of Children’s Services released data showing that 6% of directors were from black or ethnic minority groups in 2021, based on figures from two-thirds of authorities.

This compares with 14% of the population in England and Wales (as of the 2011 census) and 23% of statutory children’s social workers, according to Department for Education data.

Since 2012, the Staff College has run a three-day leadership programme for Black and ethnic minority staff, the Black and Asian Leadership Initiative, which has so far supported 250 children’s services managers to prepare for more senior roles.

Davidson said that while she was pleased that “quite a number” of this group had progressed into more senior roles, quite a few had moved outside of children’s services or local government to do so, for example, by becoming voluntary sector chief executives.

“We’ve seen some progress in the middle leader levels but what remains frustratingly low is the proportion of black and Asian leaders who make it to DCS or chief executive level,” Davidson said.

She added “We’ve had a look at that and we are now expanding what we are doing, not just in relation to building the confidence and skills of black and Asian leaders, but also looking at issues relating to white leaders who support and develop their teams and who also make recruiting decisions in the early stages of careers.

“What we’ve been really clear about is that, in common with a lot of other organisations, we’ve fallen by default into saying that this is an issue for black and Asian leaders to deal with but that’s far from the case. Progression of people into middle and senior leadership positions is something for everyone to focus on….We’ve found there are barriers in the way of black and Asian leaders and barriers in the way white leaders think about diversity.”

She said the college would be publishing a report shortly into what white leaders could do to develop more diverse senior management teams.

“To create diverse teams, the white leaders play a fundamental role so the first thing is confronting that truth – it’s not someone else’s responsibility, it’s all white leaders’ responsibility to look at their own perspectives on people’s skills,” she said. “We know that black and Asian staff feature more prominently in failing probation periods, disciplinaries and grievances, so we are asking white leaders to look at all that data.”

Davidson said the college was also looking to widen representation on its other programmes, notably its aspirant directors’ scheme, to which it is currently recruiting for a second time. Fifty managers with the potential to become a DCS within the next three years are due to start the programme in September.

This is a widening of the entry criteria from the first round of the programme, which was for those with the potential to rise to DCS within 18 months. In that round, while about 20% of applicants were from black or ethnic minority groups, this fell to just 10% of those accepted to the programme.

Davidson said this drop-off was due to the fact that it had been looking for people “on the brink of becoming directors”, for example, those in head of service or assistant director roles, which black and ethnic minority managers also faced barriers in attaining.

The DCS’s annual data showed that, of 12 permanent director appointments made in 2020-21, nine were promotions from assistant director or equivalent level within the same authority, and three came from this second tier of management from different authorities.

“What we are trying to do is fast-track people through these leadership roles,” Davidson added. “For the next cohort we will be looking at people who will be ready to be a director within the next three years, which will make it more of a level-playing field.”

“These are tough things for people to confront and people need to have honest conversations with themselves and others – and that will involve, in some organisations, confronting some unpalatable truths.

“One of the things we hear is that white leaders find it more difficult to have performance conversations with black leaders because they are worried about saying the wrong thing. But black leaders say, ‘I really need those honest conversations’, but people get stuck about how to have those conversations. So there is some really fundamental work that needs to happen.”

In response to its data, ADCS president Charlotte Ramsden said: “There are unfortunately not enough black and minority ethnic directors across the country. The DCS role is one of the best in local government and although ethnicity, gender or disability is irrelevant to a person’s capability to do the job, it is important that our workforce reflect our local communities.”

The association referred to the work of the Staff College and the workforce race equality standard, which is being overseen by the chief social workers and has been adopted in 18 local authorities, as key to tackling the issue.

A British Association of Social Workers spokesperson said: “BASW recognises the importance of diversity data and we welcome ADCS’ conclusion that there are not enough black and minority ethnic directors across the country. The disparity in makeup between leadership and workforce is clear and has been for some time, which is why the entire social work sector needs to create better pathways for black and ethnic minority social workers to step up into leadership positions.”

The spokesperson pointed to BASW’s establishment of an equality, diversity and inclusion group, “to head our strategy in raising awareness, creating opportunities for social workers and promoting an anti-racist agenda”.

The ADCS data showed that 91 directors were women and 59 men in 2021, a similar figure to last year. However, the proportion of women at senior level (two-thirds) is far lower than the proportion of female social workers (86%).

These changes happened across 34 authorities, meaning 77% councils did not undergo a change during 2020-21. The increased stability is reflected in the fact that the average tenure of a DCS in post is now 32 months, up from 29 months last year.

The number of DCSs also responsible for adults’ services fell to 26, down from 31 last year and the lowest level since 2010. Government statutory guidance on the DCS role warns councils to give serious consideration before giving DCSs additional responsibilities, given the demands of the role.

Ramsden said it was “up to councils to decide how they design local systems for the benefit of communities”, but added: “As local needs change as will roles, however, there must be a clear and ultimate line of accountability for children’s outcomes in a local area.”