By Rob Preston on September 14, 2021 in Children, Social work leaders 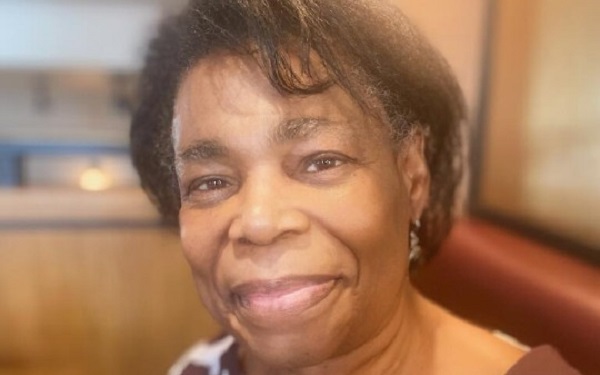 An NHS trust has been ordered to pay one of its social workers £20,000 after an employment tribunal ruled she had suffered “injury to “feelings” after blowing the whistle on practice concerns.

The tribunal found Appleby suffered “detriment” in response to making five “protected disclosures” – issues raised by workers in the public interest – which is contrary to the Employment Rights Act 1996.

The GIDS assesses young people who have difficulties with their gender identity, provides therapeutic support and, in some cases, refers them to other hospitals for treatment with puberty blockers to give them more time to reflect on their gender identity. They may then receive cross-sex hormones as part of a gender transition.

Appleby, a social worker and psychoanalytical psychotherapist, has been the trust’s named safeguarding lead for children since 2004, a role that involves advising the board on child protection, strategically and in relation to day-to-day practice. She first reported concerns about GIDS in 2016, highlighting deficiencies in case recording and warning that rising referrals were having a distressing impact. GIDS’s caseloads had been rising since it became a specialised NHS service in 2009, a trend that accelerated when it became a national service in 2016.

Appleby made her first two protected disclosures in October and November 2017, respectively, in emails to her then manager – trust medical director Dr Rob Senior. These reported concerns from GIDS staff including a culture that made it difficult to report safeguarding concerns for fear of being labelled transphobic, and that some young children were “being actively encouraged to be transgender without effective scrutiny of their circumstances”. She also cited reports of the service’s director, Dr Polly Carmichael, being unwilling to listen to the concerns.

However, Senior did not respond, leading Appleby to forward both messages to him in January 2018, on return from a period of sick leave.

This led to a meeting with Carmichael in February – which constituted the third protected disclosure – at which they discussed her emails to Senior. Appleby subsequently emailed Carmichael with a record of the meeting and proposed actions, including that she would talk to GIDS’ safeguarding lead, Garry Richardson, on strengthening safeguarding leadership at the service. However, Carmichael did not respond.

In a subsequent conversation with Richarsdson, Appleby warned that “if they were not careful a Jimmy Savile type situation could arise”, in terms of “an institution turning a blind eye to what was in front of them”. This was a reference Appleby routinely used in training sessions to illustrate the importance of staff vigilance regarding child safeguarding. Richardson, however, interpreted this as an attack on colleagues as being complicit in abuse.

Through the rest of 2018, Appleby raised further safeguarding concerns reported to her by staff, with Senior, Richardson and the Tavistock’s then director of children, young adults and families, Sally Hodges. These included concerns about children’s ability to give informed consent to medication, premature use of puberty blockers, high caseloads and staff feeling unable to raise concerns. Analysis by Appleby also found low levels of safeguarding supervision at GIDS, and of safeguarding referrals from it to other agencies.

Also that year, Dr David Bell, an adult psychiatrist and Tavistock staff governor, wrote a report to his fellow trust governors saying the GIDS “as it now functions and children’s needs are being met in a woeful (sic) inadequate manner and some will live on with the damaging consequences”.

Appleby asked Bell to remove the opening paragraph of the report, which said that she had “been closely involved throughout preparation and has read and discuss with me this final version to which she has made a number of very important contributions”, but he had already submitted it.

The tribunal found that, while Appleby agreed safeguarding was not being properly handled at GIDS, she disagreed with the tone of the report, which came across as an attack on the service’s management.

Dr Dinesh Sinha replaced Senior in 2018 as trust medical director and conducted a review of GIDS, during which Appleby made her fifth protected disclosure, details of an exit interview in which a staff member referred to a “climate of fear” at GIDS. Appleby’s reference to Jimmy Savile was raised with Sinha twice, by Richardson and another member of staff, during his review.

In July 2019, after Appleby’s return to work following another period of ill-health, she was asked to attend an informal meeting with Sinha regarding GIDS. However, an HR staff member was present and Sinha told her she would be receiving a letter about the Savile comment that would remain on her file, but without providing context as the remarks were made in confidence. The letter said that the comparison had made a colleague feel “very disrespected” and that, though this was not a formal procedure, Sinha warned he may need to investigate Appleby formally if there were further such reports.

‘The sense of injustice is obvious’

The tribunal ruled that this constituted a detriment to Appleby, for which the trust must pay her £12,500 in compensation.

Despite Sinha saying it was an informal meeting, the tribunal found Appleby was right to have seen it as a disciplinary process, and the outcome was, in some ways, “worse than a disciplinary warning”, as it was not time-limited and there was no right of appeal. There had also been no investigation; had there been one, Sinha would have found that the Savile example was one Appleby used routinely in training.

“The letter on her file contained an explicit threat that it would be taken into account later if there was a recurrence of an obscure event,” said the judgment.

“She had no opportunity to clear her name or get another view, as would happen if there was an appeal, and it was to remain on her file indefinitely, and it still is on her file. The resulting sense of injustice is obvious. Anyone would lose sleep over this.”

The tribunal said Dr Sinha’s treatment of Appleby “can only be explained as materially influenced by her disclosures, which were viewed by him (and others) as unwarranted interference, overstepping her proper role”.

The second area in which the tribunal found detriment to Appleby was in relation to staff being discouraged from referring safeguarding matters to her, despite her being the trust safeguarding children lead. Though nothing was put in writing, the tribunal found “there was a message being communicated to GIDS staff by Dr Carmichael at the time of the Sinha review, that they should not take safeguarding issues to the claimant, not because she was not a clinician familiar with the complexities (as had been suggested to some staff when they took concerns to the speak up champion) but because she was hostile to GIDS”.

“That must have been hurtful, and must have made carrying on with her duties painful and difficult, especially when the trust denied that had occurred, and was asserting that she bore the responsibility for any difficulty,” said the tribunal, who ordered the trust to pay Appleby another £7,500 for this detriment.

Trust to learn from ‘difficult situation’

In response to the ruling,  the trust said it “wholeheartedly supports staff raising concerns and has strengthened its mechanisms for doing so in recent years”.

“It is important that all staff can raise concerns without fear of detriment and have them properly addressed,” a spokesperson said.

“There is always room for improvement and learning from these difficult situations and we are looking carefully at what this decision means for us and what we should take from it going forward, including how we best support our staff and protect our patients.”

Appleby opened a crowdfunding page to help cover the legal costs of her case and posted a response to the ruling on the website last week.

She said the decision to instigate proceedings against her employer was a “nearly overwhelming experience” but that she was “very pleased with the outcome”.

“I want to thank you, my witnesses, my legal team and all of the very many people who have supported me during the tribunal process,” she said.

“The last two years, as a claimant and employee, have been increasingly brutal.

“However, I want to focus on you and to express my sincere thanks for your humanity and your financial support, without which I would never have been able to bring my case.

“Standing by me as you all did, supported the primacy of childhood, keeping our children safe, and hopefully sending a message that those who strive to do their jobs are not miscreants.”

Arrested children in London ‘will continue to be held in police cells’ despite court ruling
Social Worker – NI-CO on behalf of the Goverment of Tristan da Cunha
Inadequate-rated council finds £1.1m from reserves to tackle children’s social worker shortage