Government says councils' 'spending power' will increase by 3% a year from 2022-25, but commentators warn spending review fails to address scale of pressures on sector 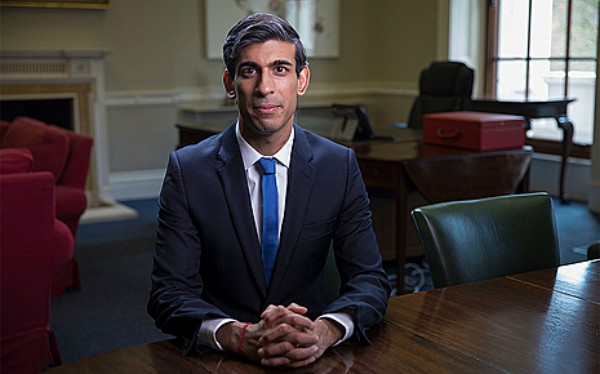 Increased funding for councils in England over the next three years is “not enough to address the disastrous situation in social care”.

That was the warning from think-tank the Nuffield Trust, echoed by council leaders, charities and unions, after Chancellor Rishi Sunak unveiled the government’s autumn budget and spending review today, setting out public expenditure plans for 2022-25.

Councils’ ‘spending power’ – the maximum amount they have at their disposal – will rise by 3% a year in real terms, faster than from 2019-21,

However, this includes £3.6bn for councils to fund the government’s reforms to adult social care, announced last month. In an analysis published after the spending review, the Institute for Fiscal Studies said that, discounting this money, existing council services, including social care, would only be receiving a rise of 1.8% in real terms a year, lower than the 3.3% average for government departments.

And this is contingent on authorities raising council tax by 2% a year, the maximum rise permitted without a local referendum and the adult social care precept by 1% annually, which is lower than the 3% precept rise permitted this year.

The settlement also includes a £4.8bn increase in government grant funding for councils over the three-year period, which Sunak said was the “largest increase in core funding for over a decade”.

However, council leaders and other sector bodies warned that the sums fell far short of what was needed to address shortfalls in adult social care, in the context of longstanding and current pressures, manifest in rising staff shortages.

These pressures will increase as a result of another measure announced today – the rise from £8.91 to £9.50 an hour in the national living wage (NLW) from April 2022. This 6.6% rise will significantly raise costs for care providers and, without sufficient funding from commissioners and self-funders, reduce their ability to reward more senior staff who already earn above the NLW while raising the wage floor.

“Increases of 3% across all local government services are welcome, but they are not enough to address the disastrous situation in social care,” said Nuffield Trust chief executive Simon Edwards.

He said the increase in the NLW, along with the 1.25 percentage point rise in national insurance coming in next year to boost the health services and fund social care reforms, would “drive up the costs of expanding the social care workforce still further at a time when vacancies are spiralling”.

Edwards also said that council tax was “not a fair or optimal way to increase funds and widens the gap between areas able to raise more funds and those that can’t”.

Richard Murray, chief executive of fellow think-tank the King’s Fund, said social care was “at breaking point” and could “not continue in its current form”.

He added: “The devil will be in the detail but on the face of it the uplift to local government funding announced today is not enough to keep pace with demand and meet current pressures, including being able to adequately reward the workforce.”

In its response, the Association of Directors of Adult Social Services (ADASS), focused on the absence of funding Sunak provided to help social care services through the winter, beyond the £162.5m already allocated to support recruitment and retention and £388m for Covid infection control and testing.

“It is deeply disappointing that the Chancellor failed to recognise the crisis in social care that is already upon us and will now only deepen this winter,” said ADASS vice-president Sarah McClinton.”

She added: “We must have immediate investment so that the dedicated, skilled people providing care and support are paid a proper social care wage that can compete the retail and hospitality sectors. It is unconscionable that we continue to expect them to work for less than they would get flipping burgers or stacking shelves.”

In relation to the 2022-25 funding settlement, McClinton said the additional £1.6bn a year for councils “will do little more than meet the costs of the rise in the national living wage for care workers from next April”.

Prior to the spending review, the Local Government Association (LGA) said adult social care needed £1.5bn now to stabilise the provider market – in the context of significant workforce pressures – plus an extra £1.1bn a year over the next three years to meet rising demand and improve quality and access.

He also pointed out that the funding allocated was dependent on authorities raising council tax by 3% per year.

The £3.6bn allocated to councils for reforming adult social care is designed to fund the introduction of an £86,000 cap on what people would be expected to spend on their care and a more generous means-test system, from October 2023. It is also supposed to fund councils to pay providers a fair rate for care.

The spending review document said the sector would also receive £1.7bn “to improve the wider social care system, including the quality and integration of care”, with at least £500m of this, as previously announced, allocated to improving the “qualifications, skills and wellbeing” of the workforce.

The funds will be raised by the national insurance rise and a similar increase in taxes on dividends – which will be badged as a health and care levy, as the money raised will be ring-fenced for those services

However, Jamieson added: “We remain concerned that the money allocated to social care from the health and care levy will be insufficient to fund reforms.”

In its response, Age UK and charity coalition the Care and Support Alliance (CSA) said Sunak failed to give social care the “big injection of guaranteed, additional funding for now and the future,” that it needed.

Age UK charity director and CSA co-chair Caroline Abrahams said: “The extra money that was announced for local government was not ring-fenced for social care and will need to be stretched thinly across council services, after a decade of under-funding.”

UNISON general secretary Christina McAnea said the settlement provided “next to nothing to deal with the social care emergency”.

On children’s social care, the spending review provides, over the three years:

The children’s home fund was originally announced in July but this is the first time details of its size and scope have been published.

The Treasury said the £259m by 2025 would “maintain capacity and expand provision in secure and open residential children’s homes”.

“This will provide high quality, safe homes for some of our most vulnerable children and young people,” it added.

This and the £104m for unregulated care respond to longstanding concerns around the insufficiency and inadequacy of placements for looked-after children, raised most recently by the Competition and Markets Authority last week.

Creating additional placements was one of three priority areas for the spending review flagged up by children’s social care review lead Josh MacAlister, in a letter to ministers in August, the others being early help and mental health support for looked-after children.

There is nothing explicit on the latter, though on the former, MacAlister has welcomed a £200m expansion in the Supporting Families programme, which provides key worker support for families with multiple disadvantages. This is part of a £500m package that will also include the roll-out of family hubs, which provide a centre to integrate services, perinatal mental health support and parenting programmes in half of council areas.

Children’s social care will also be able to benefit from at least some of the the £4.8 billion rise in grant funding and any rises in council tax.

It is unclear how far the government’s plans include headroom to implement the recommendations of the children’s social care review, due to report next spring, or the LGA’s call for councils to receive an extra £2.7bn by 2024-25 for the service.

In a tweet on Saturday, MacAlister said that the government would be able to consider the “full resources needed to implement the plan from the review” once he has published his final “detailed and costed recommendations”.

However, his contract with the Department for Education states that any reforms he proposes must be cost-neutral for the government as a whole over time.

The Association of Directors of Children’s Services welcomed today’s settlement, including the funding for Supporting Families and family hubs, which it said was recognition of the need to invest in early help.

President Charlotte Ramsden added: “Nevertheless, any additional funding for local authorities will also need to take account of the rising costs of delivering services and the increasing demand many local authorities are experiencing.”

Today’s announcement also included a plan to improve support for people receiving universal credit who are in work, by reducing, from 63% to 55%, the “taper rate” at which the benefit is withdrawn when people’s earnings increase. This comes in the wake of the controversial withdrawal this month of the £20 weekly uplift in the benefit, introduced to support low-income families through the pandemic.

In response to this measure, the British Association of Social Workers’ chief executive, Ruth Allen, said: “This does not even come close to replacing the money lost by the universal credit cut. The lowest earners will still be worse off. The Chancellor also fails to recognise that for those who cannot work, his announcements have done nothing to help them.

“Social workers are on the frontline, and see first-hand the impact that poverty has on people. Social workers see how poverty can make everyday life difficult and challenging. The impact it has on children, disabled people, people with mental health illness, older people, and families.”

Other measures in the spending review included an increase of £639m a year in funding to tackle rough sleeping and homelessness by 2024-25, which Sunak said was an 85% rise, in cash terms, compared with 2019.

The Chancellor also removed the one-year freeze on public sector pay in 2021-22, though this did not apply to local government staff. Unions for council workers and employers are locked in dispute over the latter’s 1.75% offer for staff in England, Wales and Northern Ireland for 2021-22, which unions have flatly rejected.