By Rob Preston on November 12, 2021 in Children, Social work leaders 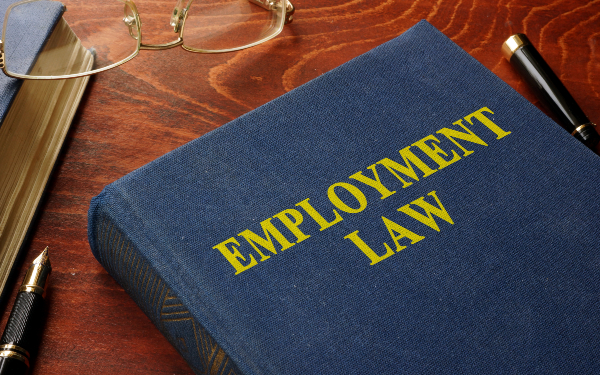 A social worker has won an appeal against an employment tribunal’s decision to throw out her claims of discrimination against her former employer, meaning they will be reconsidered.

An employment appeal tribunal (EAT) ruled last month that the original tribunal had mistakenly struck out Maria Rooney’s sex and disability discrimination claims against Leicester City Council “without adequately analysing them” and gave “insufficient reasons” for its decision to do so.

The EAT also found that the tribunal wrongly refused Rooney’s application to amend her claim to cover alleged detriment based on blowing the whistle on practice concerns.

As a result, Rooney’s claims against Leicester will be heard by a fresh tribunal.

Speaking to Community Care, Rooney said she felt let down and frustrated at the mistakes made in the original employment tribunal, which has led to a “considerable delay” in her case being heard.

She added: “This case has taken over my whole life for the past two years and I will be glad when it’s all over and done with so I can put it all behind me and move on with my life.”

‘No alternative but to resign’

Rooney worked as a children’s social worker for Leicester City Council for 12 years, and was in the sector for 20 years overall, before she resigned in 2018.

She told the original tribunal she started experiencing work-related stress in 2017 as a result of having to work excessive hours, sometimes travelling long distances, a lack of managerial support, bullying, harassment and intimidation. She said this led to her going off on sick leave on 6 December 2017.

Rooney had an early mediation hearing with the council before submitting a claim via solicitors in January 2019 for constructive unfair dismissal, non-payment of holiday pay and seeking outstanding expenses, unpaid overtime, and reimbursement of university fees. The claim said she was suffering from work-related stress due to Leicester’s conduct, but that this and menopausal symptoms did not amount to a disability that would have given rise to a separate discrimination claim.

Rooney said this was inserted without her permission. She then sacked her solicitors and submitted a second claim, acting on her own behalf, alleging sex and disability discrimination, with the latter on the grounds of her menopausal symptoms. These included insomnia, light headedness, confusion, stress, depression, anxiety, palpitations, memory loss, migraines and hot flushes, and she said they had left her struggling to cope mentally and physically.

She said that the council failed to take her situation into account when it made decisions about her employment, such as sending her a written warning for her sickness absence, which she said had a detrimental effect on her confidence and left her feeling she had “no other alternative” but to leave her job.

She subsequently also set out five alleged acts of sex discrimination, which included her managerq issuing a written warning for sickness absence and that the appeal panel that upheld this decision consisted wholly of men. Also, she alleged that, on one occasion, her manager had said that he got hot in the office when she had reported experiencing hot flushes.

She also made claims for harassment and victimisation by her employer on grounds of sex and disability.

Following a preliminary hearing in November 2019, employment Judge M Butler dismissed Rooney’s claims for harassment and victimisation, and said her sex discrimination claims had no reasonable prospect of success. He also struck out her claim of disability discrimination  on the grounds that her “alleged medical conditions of anxiety and depression and menopausal symptoms do not amount to a disability for the purposes of the Equality Act 2010,”.  The act defines a disability as a physical or mental impairment that has a substantial and long-term adverse effect on the person’s ability to carry out normal day-to-day activities.

She also amended her claim to include an alleged protected disclosure detriment after she realised from reading through her hearing bundle that a safeguarding concern she had raised about a child sexual exploitation case at the council had not been kept confidential as she had previously believed. She said she then suffered harassment and intimidation by her then service manager as a result.

In March this year, senior Judge Auerbach granted permission for Rooney to appeal against the finding that she was not a disabled person.

Then in May, Judge Tayler, who presided over the EAT hearing, directed that her appeal should proceed to a full hearing along with her other grounds of appeal.

Judge Tayler found that in dismissing her disability discrimination claim, the tribunal’s analysis was not consistent with Rooney’s evidence, which it had not rejected.

For example, the tribunal concluded that Rooney had not relied on her menopausal symptoms for her claim, when the EAT found that she clearly had. The tribunal also found that her symptoms were not “longstanding” or had a “substantial adverse effect on her ability to carry out day to day activities”, when Rooney’s evidence was contrary to that.

“I consider that the tribunal erred in law in holding that the claimant was not a disabled person at the relevant time,” Judge Taylor said.

“Determination of whether the claimant was a disabled person will require a careful factual analysis. The issue must be remitted to the employment tribunal.”

“The decision fails to comply with the fundamental requirement to explain to the claimant why her complaints were struck out,” he said.

“Accordingly, the appeal against the strike out of the discrimination sex claims must be allowed.”

But Judge Tayler was most critical of the decision to dismiss Rooney’s victimisation and harassment complaints, saying “no reasoning was given by the judge.

“The claimant cannot know why the claims were dismissed,” he said. “The appeal on this ground is allowed.”

Judge Tayler also said that Rooney’s reason for amending her original claim to include alleged detriment following a protected disclosure was valid.

“The claimant had given an explanation of why the application to amend was made late,” he said.

“She contended that she had been unaware that she had an arguable complaint until she had seen documentation provided in the tribunal bundle.”

Judge Tayler ruled that Rooney’s case should be reheard in an employment tribunal with different judges to Ahmed and Butler.

He said: “I consider it is appropriate that the matter be remitted for consideration by employment judges other than those who made the two decisions that have been appealed as the matter will need to be considered afresh, there has been considerable delay, this delay would be exacerbated by having to find dates on which the original judges are available, and so I consider a remission for consideration by a new tribunal is proportionate.”

Rooney said that she had been told to prepare for another preliminary hearing soon.

‘It has traumatised me’

Rooney is currently unemployed, which she said was partly due to the amount of preparation she had had commit to her case.

“The time that goes into working in employment tribunal cases is immense; it is like a full-time job,” she said. “I’m a social worker so I’m very particular. I have to check everything to make sure it’s factual & correct.

“I will be glad when it’s all over & done with so I can put it all behind me and move on with my life.”

But Rooney said her experience had put her off working in the sector longer term.

Leicester City Council declined to comment on the employment appeal tribunal hearing as there was no ruling on any finding of fault by the authority.