By Mithran Samuel on November 18, 2021 in Adults, Social work leaders 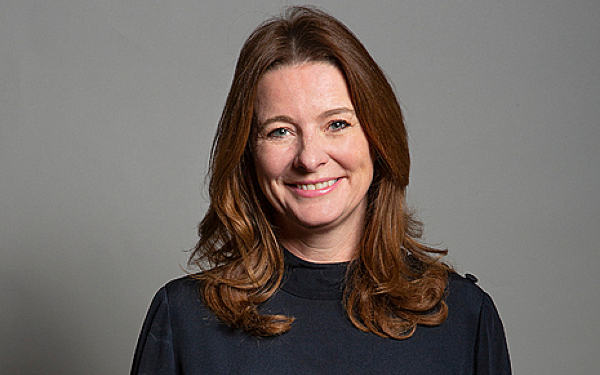 The government’s care funding reforms will do very little for those with longstanding needs and modest wealth, following changes that reduce their benefit for the less well-off.

That was the warning today from Andrew Dilnot, whose commission devised the blueprint for the cap on care costs that the government will bring in from 2023, after the changes announced yesterday by care minister Gillian Keegan.

She said that, for people receiving means-tested support from their local authority, only what they pay in care charges will contribute to the £86,000 cap.

This is contrary to the system currently legislated for, but not yet implemented, in the Care Act 2014, and that proposed in 2011 by the Dilnot commission. Under this, what would have counted towards the cap would be the person’s client contributions plus whatever their local authority spends on their care,  excluding care home living costs.

The change, which was not revealed when the government unveiled its reform plans in September, will mean that people with lower levels of assets will need to spend the same as wealthier people before reaching the cap, after which care and support is free apart from care home living costs.

MPs will vote on the change to the Care Act next week in a government amendment to the current Health and Social Care Bill, which should succeed given its working majority of 77.

In a written statement to Parliament yesterday, Keegan said: “This change will reduce complexity; it will ensure individuals receive the support they need through the means test but are not unfairly reaching the cap at an artificially faster rate than what they contribute.”

In an accompanying policy paper, the Department of Health and Social Care said people with lower levels of assets would be helped by changes to the social care means-test, under which those with less than £100,000 in chargeable assets would be eligible for some state support for their care, up from the current upper capital threshold of £23,250. In addition, those with less than £20,000 in assets would not have to contribute to their care from their savings, up from £14,250 now, though this change broadly accounts for the impact of inflation given the freeze in the capital thresholds since 2010.

However, Dilnot, in an apperance today before Parliament’s treasury select committee, joined charities, think-tanks and the Labour Party in criticising the change announced yesterday by Keegan because of its impact on those with lower levels of wealth but high and longstanding care needs.

No benefit for less well off

“Essentially for those who have significant care needs, the less well off will not gain any benefit from the cap. Instead of running your assets down to your last £14,250 you would run them down to your last £20,000. The people who are most harsly affected by this change are people with assets of exactly £106,000, the £86,000 of cap minus the £20,000 that’s protected by the means-tested system. But everyone with assets of less than £186,000 will do less well under what the government is proposing than the proposals that we made…and the proposals legislated for [in the Care Act]. That’s a big change. I think it’s disappointing. It finds savings exclusively from the less well off group.”

Caroline Abrahams, charity director at Age UK, echoed Dilnot’s criticisms, saying that the change the government money “at the cost of protecting the finances of older home owners who are not terribly affluent if they need care for a long time”.

“This feels like completely the wrong policy choice and we are extremely disappointed that the government has made it – and that it is only announcing it now, rather than two months ago when the prime minister set out his plan,” she added.

Sally Warren, director of policy at the King’s Fund, said she too was disappointed by the changes, adding that “the people who need the most protection from catastrophically high care costs – those with low to moderate levels of wealth – will get less protection than wealthier people”.

On Twitter, Torsten Bell, chief executive of fellow think-tank the Resolution Foundation, said: “With the cap’s benefit for those with under £100k of assets much reduced – this techy sounding shift could double your care costs if you’ve got around £90k but makes no difference to someone with £500k who gets almost all their assets protected.

“Just to be clear – the means test will still make a big difference to this group with fewer assets. But if the exam question is whose assets are being protected by this reform, the answer on the basis of this change is much more distinctly the asset rich than previously thought.”

“We already knew most people won’t hit the cap because it doesn’t cover board and lodging in care homes, and that at £86,000 the cap would still mean many people will have to sell their homes to pay for their care – against everything Boris Johnson promised,” she added.

“It has now been revealed that the poorest pensioners will have to pay even more, something Andrew Dilnot – who proposed the cap – explicitly ruled out because it was so unfair.

Dilnot said the changes added to several other ways in which the government’s proposals were less generous than those he put forward in 2011:

‘Everyone is better off’

However, he pointed out that, in some respects, the government’s plans were more generous than either those he proposed or those which the then government put forward in 2015 when it had planned to implement the change before dropping it in 2016. For one, his proposed changes to the means-test would not have applied to people receiving care in their own home, who would benefit from the government’s plans.

And the 2015 proposals would have required people in care homes to pay £230 per week towards their daily living costs after reaching the cap, while this sum would also not count towards the cap for any resident before they reached it.

However, the government yesterday said it would set a daily living costs sum of £200 per week, which it said would enable people to keep more of their income and assets than was the case in 2015.

A DHSC spokesperson said: “These charging reforms will mean everyone is better off. Compared to the current system more people will be supported with their social care costs, have greater certainty over what they need to pay and receive higher quality care.”