By Rob Preston on March 14, 2022 in Children, Social work leaders 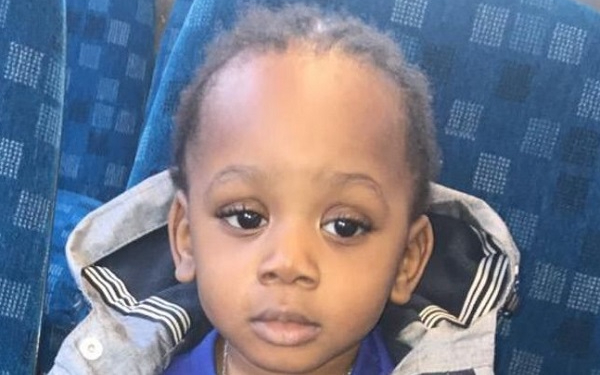 A “crisis-led” approach saw a council close a hospital referral over a boy’s unexplained injuries, months before he was murdered by his mother’s partner, a review has found.

Croydon council was wrong to overturn its original decision to assess Kyrell Matthews in May 2019 without informing the referrer, after he was taken to hospital with a head injury and bruising to his face, found a child safeguarding practice review.

Kyrell died with significant injuries in October 2019, aged two, and, earlier this month, his mother, Phylesia Shirley, was found guilty of manslaughter and her partner. Kemar Brown, found guilty of murder.

The review, for the Croydon Safeguarding Children Partnership, found the decision not to assess – taken by a senior manager in children’s social care – came at a time when the safeguarding system in Croydon was “more crisis-led” and “seeking to accept only the highest priority referrals”.

The council, which was rated ‘inadequate’ by Ofsted at the time but has since been upgraded to ‘good’, said there was a “disconnect” between the failings identified in the  review and current practice, and that a “huge amount of work” had been done to improve its systems since 2019.

After Kyrell, then aged 20 months, was taken to hospital in May 2019, hospital staff concluded, following tests, that his in injury was more likely to be accidental and consistent with Shirley’s account that he had jumped from a sofa and hit his head on the base of a highchair.

However, Shirley, who split up with Kyrell’s father before his birth, had disclosed that her partner was in the kitchen at the time of the incident, while other family members observed that the boy regularly flung himself from furniture.

The named nurse concluded that the injuries were extensive for a fall, that Shirley was in a new relationship with an unknown man and, even if accidental, the injury should raise concerns about Kyrell’s lack of supervision.

Children’s social care had also shared its previous involvement with Shirley with the hospital. This included a pre-birth referral related to an alleged assault on Shirley by her mother, which was closed, and a 2018 assessment prompted by domestic abuse concerns regarding Kyrell’s father, which resulted in no further action.

The nurse conveyed her concerns to the manager of the council’s multi-agency safeguarding hub. and children’s social care agreed to undertake a home visit and to share family background information.

Following her conversation with children’s services, the named nurse understood that a child and family assessment would be undertaken and that an early help referral would be made if social work was not required.

But a senior manager in the council’s children’s social care team ruled that the threshold for a referral had not been met and overturned the decision to undertake a home visit. They understood from the written referral that Kyrell’s injury had been accidental and concluded it was not proportionate to assess based on Kyrell’s mother’s personal history and the hospital staff’s “professional anxiety”.

The council did not tell the hospital safeguarding team about overturning the decision to carry out an assessment nor its decision to close the referral.

The safeguarding report said the council’s decision to close the case without informing the hospital was a mistake as “this would have led to further dialogue about the hospital’s concerns”.

Though the review found that the hospital’s referral lacked depth in relation to the uncertainty that surrounded Kyrell’s injuries, it said that children’s social care’s decision to close the referral “did not take into account wider issues of the context of the injuries”.

These included “the nature of [Kyrell’s] possible overactive behaviour, a new and unknown male partner in the household, and that [Kyrell] was not being seen by universal and pre-school services”.

The inquiry found the decision was made in a “bigger systems context” of numerous unsuccessful referrals being made to social care because parents “were not fully engaged, had not given consent and there was not a clear threshold for child protection”.

“The safeguarding system was slowly emerging from being ‘inadequate’ and was more crisis-led and thus seeking to accept only the highest priority referrals,” it concluded.

The review also identified a number of missed opportunities for services to intervene in Kyrell’s life.

The first was children’s social care’s decision to close the pre-birth referral in 2017 after allegations that Shirley, then 19, had been assaulted by her mother, who counter-alleged that Shirley was using drink and drugs.

The case was closed on the grounds that there was no risk to Shirley’s younger brother, who was disabled.

“This was a missed opportunity to consider unborn [Kyrell’s] needs, including the allegation of Ms A’s use of alcohol and drugs,” found the review.

A second missed opportunity involved the police’s failure to make a referral to children’s services in July 2019 after reports of domestic abuse by Brown on Shirley, when Kyrell and Brown’s child were present. Though Shirley denied Brown had assaulted her, the review found the Brown’s violent background and previous convictions, including in relation to robbery, assault and domestic abuse, would have been known to police.

“The police call out in July 2019 when [Brown] was identified was not shared with children’s services, as it should have been, and given information about Mr D would probably have led to a child and family assessment,” said the review. “This would have identified potential risk to [Kyrell].”

Debbie Jones, Croydon’s interim director of children’s services since October 2020 and chair of the safeguarding partnership, said the authority had been on an “improvement journey” at the time of Kyrell’s death.

“It took a very long time for the serious practice review to get published because of course this was a murder case and that means there was a disconnect in terms of what was then and what is now. It is important that people recognise that,” she said, speaking to Community Care.

An Ofsted report in 2020 rated the authority as good, and noted “vastly improved understanding of thresholds”, and “re-invigorated” engagement with partner agencies.

A focused visit to the council’s front door services last year also found staff were making “safe and appropriate decisions on most referrals”.

“What happened in Croydon following the inadequate judgment – Croydon like everyone else, it goes inadequate, there’s an exodus of staff,” said Jones.

“My predecessor, Rob Henderson, put lots of measures in place, a lot of money was invested in children’s services, staff retention was prioritised, there were huge amounts of improvements made in terms of the social work practice model as well as improving the money. All of that did improve us and got us in a much better position.”

Croydon stopped all “non-essential” spending from November 2020 to March 2021 due to financial pressures.

“With the problems that Croydon had money-wise, there was pressure on our staff. [But] staff morale here is now better,” said Jones.

Jones also said that pressures on the system for caring for unaccompanied asylum-seeking children had become more manageable at the authority, which has long had high case numbers due to the asylum intake unit based in the borough.

Last year, Croydon said it would have to make £2.357m-worth of cuts to children’s services if central government did not support it further to accommodate unaccompanied children.

Jones said the Home Office and Department for Education (DfE) provided it with the funding it requested “in recognition of our exceptional position”.

She also said the Home Office’s move to force all councils to accept children through the national transfer scheme was “having an impact”.

A recent report from a panel appointed by government to oversee Croydon’s finances said that the council was now looking after 138 unaccompanied children. This is down from 156 last August, but 72 more than the target for each authority of 0.07% of their child population.

Jones added that pressures remained because “those young people are in the system and they have gone into the leaving care side of the business”.

Jones said the Covid pandemic had also reduced the number of young people arriving in recent years so pressure could increase in future and that the council remained “in constant dialogue” with the Home Office and the DfE.

* The story has been updated to insert Kyrell’s names into relevant quotes from the report, replacing the name he was referred to in the report.