From refugee to asylum campaigner to Children’s Commissioner

Rocio Cifuentes says helping upskill ‘stretched’ social workers in working with young asylum seekers, drawing on personal and professional experience, will be a priority when she becomes Welsh commissioner next month 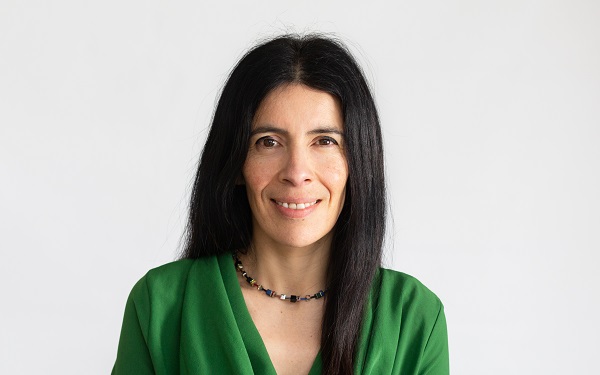 Cifuentes, who is due to take over the role from Sally Holland in April, has spent almost her entire life involved in the Welsh asylum system, both professionally and through her own personal experience as a political refugee.

She arrived in Wales as a 13-month-old baby with her parents, who had been forced to flee Chile after her father was imprisoned and tortured for being an opponent of Augusto Pinochet’s dictatorship.

Swansea University offered Cifuentes’ parents the opportunity to continue their studies at the institution and the family settled in the south Wales city.

Cifuentes says she has “always been grateful” for being able to grow in “a very happy and safe childhood” in Wales.

“That’s what’s motivated to want to make sure that other children and young people in Wales also are able to be safe, able to be valued, able to belong, to contribute, to be their best selves, as I’ve been able to do.”

Professionally, Cifuentes has worked with children for 17 years. She will give up her roles as chief executive of Ethnic Minorities & Youth Support Team (EYST) Wales, chair of the Welsh Refugee Coalition and committee member of the Equality and Human Rights Commission’s (EHRC) Wales committee when she becomes commissioner next month.

This professional experience, along with her upbringing, Cifuentes says, means she is likely to focus more on support for unaccompanied asylum-seeking children than Holland, a trained social worker who has been commissioner since 2015.

Holland’s office says it welcomes the “expertise and experience in working with refugees and asylum-seeking children and families” that Cifuentes will bring to the role, “building on our existing work in this area”.

Cifuentes says one way she will look to improve support for unaccompanied asylum-seeking children is to promote improved training for social workers to work better with them, and address the religious and cultural needs of children from diverse backgrounds.

“I’ve been very aware of perhaps some of the needs to really upskill the social care workforce in relation to supporting a group of young people that are children that they may have not encountered or experienced before.

“I think when social workers who are already very overworked and stretched are having to deal with a child who is of a cultural background that they don’t have much experience or knowledge of themselves, in a place that has historically had very little diversity, I think that can then present a challenge for the social workers and for any foster families and so on.”

Cifuentes says social workers are key to making connections with local charities and religious organisations, which may be able offer additional support to children.

She adds: “That is an example of the issues that I am going to be looking at, which I don’t think has had much attention from the current team.

Since September, all local authorities in the UK have been required to take unaccompanied asylum-seeking children into their care through the government’s now-mandatory national transfer scheme.

The Welsh government, along with its Scottish counterpart, has voiced concerns over whether councils with be sufficiently remunerated for the care they are now required to provide.

Cifuentes says some of the “tension” regarding the scheme was due to “misinformation and misunderstanding” about how much resource was required to support unaccompanied asylum seekers, which is “quite damaging”.

More broadly, however, she says the Welsh government encouraged local authorities to accept child and adult refugees into their care as part of its ‘nation of sanctuary’ plan.

Cifuentes says she is concerned about the UK government’s general asylum policy, including changes it plans to introduce as part of its Nationality and Borders Bill.

This includes introducing ‘scientific’ age assessments of young people arriving in the country.

Under the changes, assessors would be able to use methods such as “examining or measuring parts of a person’s body, including by the use of imaging technology” or analysing their saliva or other bodily samples to determine their age.

“I think some of the proposals contained within the UK government’s proposed legislation in terms of age assessments and so on are quite alarming and potentially do threaten children’s rights,” she says.

In a vote last week, the House of Lords amended this section of the bill to ensure that such age assessments would be carried out by a local authority social worker and only conducted when there were significant reasons to doubt the young person’s age. However, the government could overturn these checks when the bill returns to the Commons.

Cifuentes says the Covid-19 pandemic and measures to contain the virus have affected children more than the rest of the population, with the mental health impact “likely to continue for many years to come”.

She says children with less favourable home lives have struggled more with periods of home learning during successive lockdowns, widening the gap with those more fortunate.

“There does need to be a number of interventions I think to try and relevel the playing field.

“I will be pushing for that to happen as much as possible because children do need to be supported to catch up, but also just to find that emotionally balanced place in their lives where they can actually be happy and healthy and play with their friends and look forward to their own futures.”

Cifuentes says more resources need to be put into providing mental and physical health services for children and young people that have suffered during the pandemic.

“It is a long-term piece of work that will need to be done to make sure that children are not negatively impacted for the rest of their lives.”

During Covid, the Welsh Government often took a different approach to its UK counterpart on restrictions, and the same is true on children’s policy.

Later this month, it will ban all physical punishment of children, whereas last month it announced plans to pay young people £1,600 a month for the two years after they leave care as part of a pilot scheme running until at least 2025.

“Young care leavers face huge challenges once they formally leave care aged 18, and having a guaranteed basic income will alleviate some of those challenges, although not all of them by any means.

“This pilot is also a useful starting point to inform discussions about a more universal basic income which I think could prove to be an effective way of minimising child poverty.”

On the physical punishment ban, she says it will give children the same protection from assaults as adults.

Read about the implications of the physical punishment ban for social work.

“There has already been a long and I think effective campaign in Wales to make sure that parents, schools and communities are aware and onboard with the impending change in legislation.”

In England, following the enactment of section 58 of Children Act 2004, the defence of “reasonable punishment” can be used if the parent of the child or a person acting in loco parentis is charged with common assault only, though not any other crime involving assault. Scotland outlawed physical punishment of children in 2020.