Report for DfE says North East Lincolnshire council must find a strong partner authority to establish integrated leadership of children's services, or removal of services may be reconsidered

By Alex Turner on June 6, 2022 in Children, Social work leaders 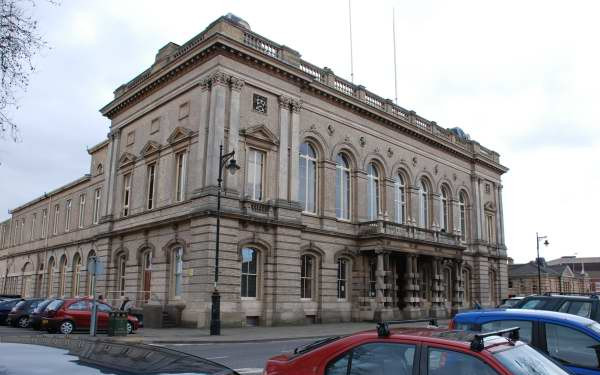 North East Lincolnshire council has for now avoided having its children’s services transferred to an independent trust, after a government commissioner’s review found such a move posed a “significant risk” of causing services to deteriorate further.

Instead, the Department for Education (DfE) has directed the council – found to be ‘inadequate’ in all areas by Ofsted in November 2021 – to enter a formal partnership with a peer authority, to be identified by the DfE.

The verdict came after the commissioner, Peter Dwyer, found many weaknesses remained at North East Lincolnshire, highlighting in particular its struggles delivering major change while “firefighting” operational challenges such as high caseloads and unallocated work.

“[Firefighting] approaches have a long history in the organisation, with pressing issues distracting leadership from coherent strategic change activity,” Dwyer warned in the new review.

Problems at the council emerged in 2019 when a visit by Ofsted found “exceedingly high” caseloads were putting children at risk. The full inspection late last year concluded that leaders had subsequently failed to prioritise children’s needs, invest sufficiently in services or address priority actions identified by Ofsted.

The DfE had said in a statutory direction issued earlier this year that it would require “compelling reasons” for North East Lincolnshire’s children’s services not to be removed from the council’s control.

But with establishing children’s services trusts entailing an initial period of extra disruption, and with no guarantee they will achieve success, Dwyer concluded that going down that route was too risky. Only Bradford council, which was this month the subject of a national review into the circumstances surrounding the murder of toddler Star Hobson, has recently been directed to hand over control of its children’s services.

The DfE has accepted this recommendation and will commission an options appraisal to determine how the partnership should work. Partner candidates include outstanding-rated Lincolnshire council, which Dwyer said had “many years’ experience of undertaking partnering improvement work with other LAs”.

But the review added that if a formal partnership could not be established then alternative arrangements, including setting up a trust, should be looked at again in the autumn. The DfE has appointed a new commissioner, former Cafcass head Anthony Douglas, to oversee progress.

Dwyer’s review for the DfE sought a “wide cross section of views” from across North East Lincolnshire, taking in interviews with senior staff, politicians, Ofsted and trade union representatives as well as focus groups with staff.

He noted that Ofsted’s harsh verdict on the state of its children’s services was “an almost cumulative judgement” based on persistent underperformance and the council’s failure to address recommendations from previous reports.

Inspectors had also been “rightly concerned” by the discrepancy between leaders’ more positive self-assessment of practice and the reality on the ground.

While finding positives relating to individuals in senior positions, Dwyer said the council’s small size had hampered its ability to recruit experienced directors and, as a result, to improve services.

Staff were quoted as saying they were “constantly told” they were on an improvement journey without that process being adequately defined, and that senior leaders were “out of touch” and prone to micromanage problems rather than tackling their root causes.

Overall the management system was deemed to be over-complicated, potentially leading to “fragmentation”. Dwyer particularly criticised the fact that most social workers were supervised by assistant team managers (ATMs), which not only took the most experienced practitioners away from direct practice, but also led to drift and delay as ATMs lacked decision-making responsibility.

Dwyer found caseloads were still an issue at the authority, with an average of 25 as of January 2022, but with some staff carrying significantly more work than this, on the back of rising demand across the service.

He said he was “particularly concerned” about significant levels of unallocated cases. Though senior leaders were addressing this through the use of agency teams, Dwyer warned “this would further increase inconsistency of involvement into the lives of children and families”.

An improvement board set up after Ofsted’s 2019 focused visit first identified problems had “operated as though the job was done when the strategy was completed not when its implementation and impact was seen”, one interviewee told Dwyer. As a result it had ended its work “prematurely” in March 2021, with liaison with the DfE being reduced to caseload monitoring and other audit activity.

‘Key ingredients’ not in place

Since being found ‘inadequate’ across the board by Ofsted, North East Lincolnshire had taken a number of positive steps, Dwyer found.

Correction
The article originally stated that the Ofsted inspection report triggered the resignation of then director of children’s services Lisa Arthey. It should have stated that her resignation followed the Ofsted report. In a statement following her resignation in November last year, North East Lincolnshire said that, during her eight months as director, “significant inroads [were] made into the changes that [were] required”. In his report, Peter Dwyer said that Lisa Arthey’s resignation was not at the council’s request, as it “rightly recognised that her practice knowledge and leadership may well have been of value to the future improvement journey”.

It had moved quickly to address some areas of concern, put in place a fresh improvement plan, enhanced leadership capacity and approved measures to increase resourcing of children’s services, the review noted.

Unlike many councils in similar positions, partnership working in North East Lincolnshire “does not look totally fractured”, added the review. It also praised the council’s openness to accepting outside support from peers, including ‘outstanding’ North Yorkshire and Lincolnshire councils, and the Local Government Association.

Nonetheless, Dwyer wrote, “it is of considerable concern that the key ingredients for delivery of the strategic change agenda are not yet secured”.

He added: “Pragmatic leadership arrangements are in place which bring strengths and experience, but are clearly not the arrangements which will be able to see the LA through a change programme of significant duration.”

The fact that governance arrangements to oversee improvement work had not yet been put in place was a concern, the review found, with elected member-led arrangements lacking sufficient credibility.

Reflecting this Dwyer recommended the establishment of a new improvement board comprising senior council and partner leaders, and external experts, to oversee progress against the authority’s improvement plan. The DfE said this would be chaired by Douglas, as commissioner.

Responding to the review findings, council leader Philip Jackson said the authority welcomed “the opportunity to work with [peers], using their experiences and support for the good of our future”.

He said Dwyer had “fairly and accurately identified the improvements that had been made and the challenges we have ahead to address our weaknesses.

Jackson added: “His recommendations are accepted, and we must continue to look forward, working with fellow members, officers, and partners to ensure the improvement of our service for the benefit of our families, young people and communities as a whole. This will be done.”

*The story has been corrected to state that Lisa Arthey’s resignation followed the Ofsted inspection report that rated the council as inadequate, rather than was triggered by it.