By Rob Preston on January 26, 2022 in Children, Social work leaders 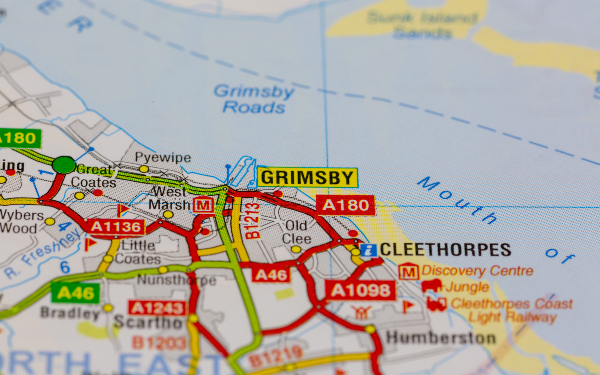 The Department for Education “presumes” it will remove North East Lincolnshire’s children’s social care services from the council’s direct control unless a commissioner provides “compelling reasons” not to.

The DfE issued a statutory direction to North East Lincolnshire after an Ofsted report in November rated the authority’s children’s services as inadequate. It has appointed consultant Peter Dwyer, a former director, as a commissioner to oversee improvements.

In the direction, the DfE said the council had “systemically failed” in its provision of children’s services, on the grounds that Ofsted rated it as inadequate across all areas.

‘Presumption’ services will be removed

“There is a presumption in cases of persistent or systemic failure that children’s social care services will be removed from local authority control, for a period of time, in order to bring about sustainable improvement, unless there are compelling reasons not to do so,” it said in its statutory notice.

Following an inspection in October, Ofsted found that children were at risk at harm and social workers “significantly under-resourced” as a result of leaders’ failure to prioritise the service. Following its publication, director of children’s services Lisa Arthey resigned.

The DfE expects Dwyer to report to the department by 31 March, with recommendations on whether the council has the capacity and capability to improve itself and, if not, on options to outsource provision.

The council said its team were keen to work “hand-in-hand” with Dwyer to “effect positive change”.

“We have an opportunity here to build our service to overcome the challenges we have, supporting our most vulnerable families and young people,” said portfolio holder for children and education, Ian Lindley.

“We will not shy away from this challenge,”

Currently, children’s social care services are run outside of council control in 11 of the 152 English council areas, either because of voluntary decisions by councils or through government imposition. The government announced yesterday that Bradford would join them after a commissioner concluded that the council lacked the capacity to improve its own services.

Council out of intervention following improvement

Elsewhere, the DfE has revoked a direction it issued to Wakefield council after Ofsted rated the authority’s children’s services as good, three years after an inadequate rating.

Meanwhile, the department has issued an improvement notice – a less intensive form of intervention than a direction – to Bury council after Ofsted rated it inadequate last month. Inspectors found “serious failures which leave too many children at risk of harm in Bury” in an inspection in October.

The DfE has appointed an adviser to oversee progress at the Greater Manchester authority, which will have to submit an improvement plan to the department by the end of March. Officials will review progress against this every six months.

In a report this month, the authority said the improvement plan would involve action to reduce caseloads, improve its recruitment offer to social workers, boost learning and development and enhance workforce wellbeing.

In its latest full inspection report, Ofsted praised Bedford council’s “relentless focus on strengthening practice” as it rated its children’s services as good following a visit in November.

In the report published this month, the inspectorate said the council had progressed in most areas identified for improvement in its last full inspection, in 2017, which yielded a requires improvement rating.

Ofsted said Bedford’s vacancy rates and use of agency staff were lower than at the last full inspection but said staff turnover and workload pressures “continue to affect some children’s experiences”.

“As in many other authorities, the recruitment of experienced social workers remains a challenge for Bedford,” Ofsted added.

Martin Purbrick, the council’s interim director of children’s services, said: “We have worked incredibly hard to make improvements and get to where we are today.

“I am very proud of everyone who has played their part, it was a real team effort, thank you. We will enjoy this moment but know there is more to be done and we are committed to improving experiences for children and families in Bedford.”

At a monitoring visit in November, Ofsted criticised St Helens council for a slow rate of improvement since its last visit to the ‘inadequate’ authority in May last year.

In a visit focused on children in need and those with a child protection plan, it said the quality of social work and leaders’ understanding of children’s circumstances had not improved despite a renewed quality assurance framework.

“Challenges in the stability of the workforce, ineffective management oversight and the recent introduction of a new recording process for the social work practice model have all contributed to this lack of progress,” it said.

Nova Charlton, the council’s cabinet member for children and young people, said: “While it is disappointing to hear inspectors did not see the kind of progress we would like, it is important to remember crucially they found that no child was at risk of immediate harm and no serious risks of practice were identified.

“We have revised and refreshed our arrangements and plans to continue our journey of improvement based on the feedback from this latest inspection and look forward to the opportunity to demonstrate how we are determined to continue our progress into the future.”

Ofsted praised services in Sandwell, which are run by an trust, for improvements it had made to services for looked-after children, in its seventh visit to the authority since rating it as inadequate in 2018. However, it said it had to do “a lot more” to secure permanence for many in the authority’s care.

It said Emma Taylor, who became trust chief executive in April 2021, had “quickly reset priorities” for the organisation and brought “increased drive and focus” to its improvement programme.

Inspectors said Sandwell had improved its responses to exploitation risks for children looked after, and when children present as homeless, but they said too many children were waiting for permanence plans to be developed or implemented.

Taylor said: “We know there is still a lot of work to do; we know ourselves very well and we are focused on making further improvements alongside all our partners. We know we need to be more consistent in how we help the families we work with and we are particularly focused on securing permanent, loving homes for children as swiftly as possible.”

Following a monitoring visit in November, the inspectorate said social workers felt supported by managers at all levels but that some team managers were “not always effective in their role in ensuring that children’s plans are progressing at pace”.

It said the council also needed to improve the impact that its auditing activity had for individual children.

Pauline Turner, director of children’s services, said: “We continue on our improvement journey, but this monitoring visit outcome is clear that we are making real, measurable progress in our work to help, protect and support children in Hull.”

Improvements made despite Covid outbreak

Ofsted said social work at Oldham council was “often purposeful and makes a difference to vulnerable children’s lives” at a monitoring visit in November to the authority rated requires improvement rating in 2019.

It said senior leaders had “maintained a clear focus on keeping children safe and improving the quality of social work practice” in the borough, which suffered particularly high rates of Covid-19 infection.

But it said further work was required to ensure a more consistent approach to the quality of practice across the service.

Eddie Moores, cabinet member for children and young people at Oldham council, said he was “proud” of the way the council’s children’s services had been reflected in the report.

“I’ve offered my heartfelt thanks to our brilliant social workers for achieving the high standards of care that have been shown,” he said.

“Work will continue so we can improve where we need to and maintain where we are already doing well so that we can ensure every young person in Oldham gets the best possible start in life.”