Bill to remove social work from councils in Scotland published 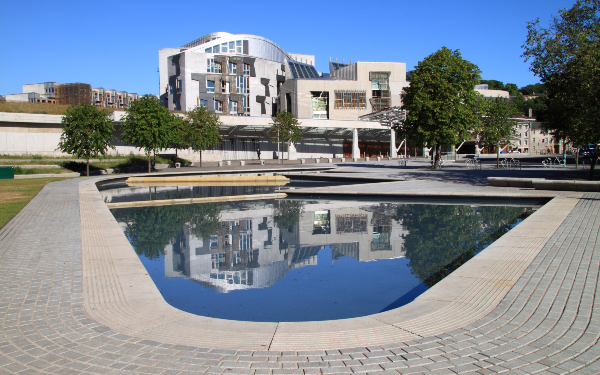 Legislation to remove responsibility for social work from councils in Scotland to create a National Care Service (NCS) was published this week.

The National Care Service (Scotland) Bill would make social care the responsibility of the Scottish Government, and allow ministers to transfer local authority functions to the NCS or to new care boards, which the bill would create to commission care locally under government direction.

However, the NCS, which the Scottish Government intends to be in place by 2026, would only include adults’ services initially, with the bill requiring ministers to carry out further consultation before adding children’s and justice social work to it.

Unveiling the bill this week, Scottish cabinet secretary for health and social care Humza Yousaf said the NCS would “end the postcode lottery of care in Scotland”.

“Through the National Care Service we’re going to ensure everyone has access to consistently high-quality care and support so they can live a full life,” he added. “This is our ambitious goal and while it will not be easy to achieve it is vital that we do.”

The bill’s proposals are based on those of the Independent Review of Adult Social Care (IRASC), published last year, which recommended the Scottish Government create an NCS for adults’ services.

In its consultation last year on creating an NCS, the Scottish Government had proposed including all social care services in Scotland within the NCS, saying that to do otherwise would increase fragmentation of care and support and complexity for people who use services.

However, it now intends to just transfer councils’ adult social care functions to the NCS, or care boards, in the first instance.

In a policy memorandum on the bill, the Scottish Government said that, while there was a “strong rationale” for including children’s services, as the IRASC did not consider this, the same evidence did not exist as did for the inclusion of adults’ services.

So it would carry out further consultation and evidence gathering on the issue before deciding whether to add children’s services to the NCS.

It said a key issue would be assessing the impact of inclusion for children’s services on the delivery of The Promise – the proposals arising from the 2017-20 Independent Care Review.

It made a similar argument in relation to justice social work, saying it was “important that the risks and opportunities, costs and benefits
are fully assessed before a decision is made to implement the transfer”.

The bill also allows the Scottish Government to transfer NHS functions from health boards to the NCS or care boards, and ministers intend that the care boards will also take responsibility for community health services.

This is similar to current integration authorities, to which councils and health boards must currently delegate adult social care and community health services.

However, the IRASC said these had not worked as well as intended in achieving health and social care integration because of inconsistencies between areas and a lack of national oversight, which it said an NCS would address.

Councils would still be able to directly provide adult social care services, commissioned by care boards, under the NCS plans, with decisions about whether to transfer these to the boards being up to local areas.

The bill does not need to create the NCS as it would be a part of the Scottish Government. It also does not mention the National Social Work Agency (NWSA) that ministers intend to establish as part of the NCS.

As set out in the consultation last year, this would oversee social work education, professional development, improvement, workforce planning and terms and conditions.

“The NSWA’s objectives will be to support and invest in the social work profession
by providing national leadership,” said the Scottish Government, adding that it would enable social workers to “implement rights-based practice”.

Responding to the bill, Scottish Association of Social Workers (SASW) national director Alison Bavidge said: “This is a major piece of legislation that will bring significant change to social work and social care in Scotland. It is a high-level framework bill, with much of the detail expected to be fleshed out through secondary legislation.

“As the bill passes through parliament, SASW’s focus will be to work with MSPs, the Scottish Government and other partners to influence and shape this legislation to achieve the best outcome for social work.”

“Change is needed, and at Social Work Scotland we have long been calling for a combination of reform and investment which can unlock the potential of social work and social care as forces for equity, social justice and empowerment,” he said. “The jury is still out on whether this bill delivers on that.

“Much of the critical detail remains to be written, and the risks inherent in such profound change are significant. The Scottish Government has listened to feedback which Social Work Scotland members have given to date, and we will engage constructively over current months to ensure that the Scottish Parliament has the data and insight it needs to make an informed decision about whether this is the best next step for Scotland.

He also said that Social Work Scotland would remain focused on “shoring up social work and social care systems which are already in crisis”, with recruitment and retention of social workers an “increasing challenge”.

This message was echoed by local government body COSLA’s health and social care spokesperson, Paul Kelly, who said: “We are also clear that there are underlying challenges across the system requiring urgent and significant improvement, and which cannot wait for a National Care Service.”

Kelly said COSLA would take time to consider the legislation to understand its impact, adding: “We have always been clear that local government should be central to the provision and delivery of high-quality, locally accountable care services, that play a key role in promoting the wellbeing of our communities. We would reiterate our previous position that local democratic accountability is central to the way in which social care services are delivered.”