By Alex Turner on June 24, 2022 in Children, Social work leaders 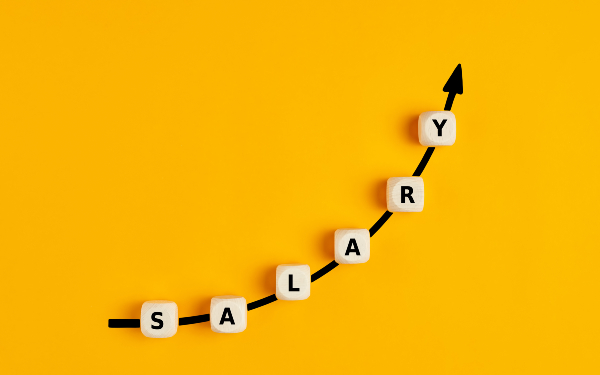 Unions have called for a 10.8% pay increase for Cafcass workers, after management warnings that it risked a staffing exodus over government wage constraints.

The claim – a 3% pay rise plus the 7.8% retail prices index (RPI) measure of inflation as recorded on 1 April 2022 – was made jointly this month by Napo, the main union for staff at the organisation, and UNISON.

The proposed increase – equivalent to what unions are urging for local authority social workers in England and Wales – would also cover fuel rates and other allowances.

However, the pay rise will need to be agreed by the Ministry of Justice, Cafcass’s sponsoring government department, which is limited by Treasury pay restrictions that are well below the unions’ claim.

‘Appealling treatment over pay over more than decade’

A statement from Napo to members said the claim “will no doubt be seen as ambitious but reflects the facts about the impact of the cost of living crisis, the rise in inflation and the appalling treatment suffered by Cafcass staff on pay over more than a decade”.

Cafcass’ freedom to set pay is restricted by Treasury rules relating to its sponsoring government department, the Ministry of Justice.

While local authority social workers gained a 1.75% pay increase for 2021-22 after protracted discussions, social workers at Cafcass were hit by the public-sector pay freeze for that year. Cafcass staff have received a lower pay rise than local government employers in five of the past six years, its January board meeting heard.

Pay offers likely to be well below union claims

Pay offers for the two groups of staff are likely to be similar this year – and well below what unions are claiming. Local government employers are reportedly budgeting for a 2% cost-of-living rise for staff this year.

For 2022-23, the Treasury has allowed government departments to raise overall pay bills by 2% but this includes any increments for career progression, as well as cost-of-living increases. Departments are allowed to increase this to 3% if they can make a strong business case, based on progress against “key long-term priorities”.

Tiotto told Cafcass’s board meeting last month: “We can’t be in the position of having our pay as uncompetitive as it is. We need to get a business case through.”

In its statement to members, Napo said: “Paying staff decently is one of the easier ways in which the government can show that it cares about the Cafcass workforce and that it understands that valuing employees is vital to future performance.

“Failure to reward staff properly sends the opposite message.”

The union is “looking for [Cafcass] to show some willing to lobby government with us, to try and make the case” for adequate remuneration to address its recruitment and retention difficulties, he said.

“We want investment, and that’s why we’re looking to ministers to look carefully at Cafcass as a special case,” Lawrence added. “We cannot sustain the sorts of workload problems that we’ve got – people are waiting even longer now for the family courts, and the social difficulties out there among families are huge.”

In issuing her warnings earlier this year, Tiotto said Cafcass was losing about 20 family court advisers (FCAs) a month, and this could increase to 40.

A spokesperson for the family courts body said it lost 19 FCAs in May but 14 had left, or were due to leave, during June.

They also said workforce stability was higher at Cafcass than in comparable organisations, with a turnover rate of 12.2% in 2021-22, below the 15.4% among local authority children’s social workers in the year to September 2021.

“Cafcass’s staff turnover rate and agency rate are below the average for social workers nationally and also below that for the average of other organisations rated outstanding by Ofsted,” said the spokesperson.

In relation to pay, as of 2021, FCA rates ranged between £38,974 and £43,459, with an additional £4,582 a year for those in London, found Community Care’s annual Total Reward survey of pay and benefits in social work. This was broadly similar to rates for local authority advanced practitioners.

Besides attrition, Cafcass has faced significant challenges with staff workloads on the back of pandemic-related case backlogs.

In its statement, Napo said investment “cannot just be in the form of additional staff, although we obviously acknowledge this is essential to address the workloads crisis in Cafcass, it must also involve a substantial increase in the value of Cafcass pay”.

The MoJ declined to comment during ongoing pay negotiations.