The challenges of tackling county lines in a rural area 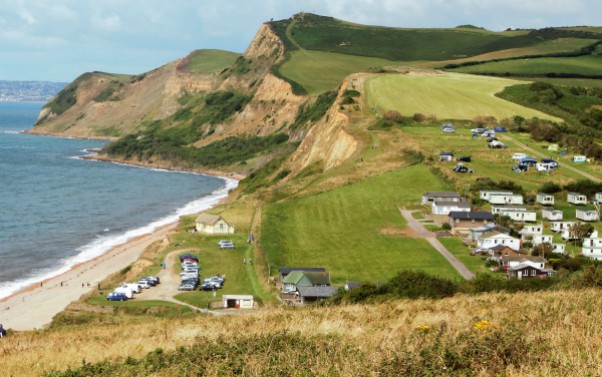 I clearly remember first becoming aware of the existence and terminology of county lines. I was working as an assessment team manager in a rural county in south-west England in 2014-15. There appeared to be a new pattern in some of the referrals coming through for young people and vulnerable parents. I learned the word ‘cuckooing’ (see box below) and increasing numbers of cases mentioned drug running, coercion and sexual exploitation of boys and girls in small rural towns. Stories were being shared in schools of young people being taken by gang elders into the back of a van, and being sexually and physically abused.

What are ‘county lines’?

The Home Office defines county lines as: “The police term for urban gangs supplying drugs to suburban areas and market and coastal towns using dedicated mobile phone lines or “deal lines”. It involves child criminal exploitation (CCE) as gangs use children and vulnerable people to move drugs and money. Gangs establish a base in the market location, typically by taking over the homes of local vulnerable adults by force or coercion in a practice referred to as ‘cuckooing’.”

Agencies have expanded on this definition. For example, Lambeth Safeguarding Children’s Board’s definition describes how: “Gangs typically recruit and exploit children and vulnerable young people to courier drugs and cash. Typically, users ask for drugs via a mobile phone line used by the gang. Couriers travel between the gang’s urban base and the county or coastal locations on a regular basis to collect cash and deliver drugs. Gangs recruit children and young people through deception, intimidation, violence, debt bondage and/or grooming.”

We were alerted to young people carrying class A drugs internally and I remember vividly how worried I was about a 15-year-old boy who had apparently brought crystal meth to sell at school. It turned out to be ground bath crystals but the professional anxieties for all involved with the children in the small rural town grew immensely. The victims were usually young people considered ‘difficult to engage’ and for services it was challenging to overcome those barriers.

As manager of the assessment team, I could see data of all young people and families referred to children’s services and the IT system allowed us to record connections and friendships between individuals. So I started to map out the known victims of sexual and criminal exploitation, mindful that many young people may have presented as perpetrators as well as victims.

Over weeks I continued to map on many meters of lining paper, spread across filing cabinets in the office, and invited colleagues from other teams to add their knowledge of connections.

This exercise meant social workers could undertake more effective risk assessments. As an area office, we became aware of hot spots and could narrow it down to individual families.

In some cases, the parents of young people who were at risk or involved in exploitation were vulnerable themselves. Mothers and father who had a long-standing drug addiction had been cuckooed and their children were drawn into county lines by the same gangs. We were able to share information with partner agencies in strategy discussions and could look out for connections in new referrals.

Since those days, there has been growing awareness of criminal exploitation. MASH teams in a number of local authorities undertake this kind of mapping now and new reporting tools like exploitation risk assessment make it easier to ask the right questions.

Professionals now receive training on recognising the signs, and serious case reviews (for example, Newham’s ‘Chris’), Ofsted and other reports offer recommendations for practice. Media coverage means there’s growing understanding in the public too that those involved in drug-related crime might be victims

But understanding of county lines, and training on how to identify those who may be at risk does not give us all the answers to help keep them safe.

For rural areas that have traditionally dealt less with young people involved in gangs (although gangs have long operated in both urban and rural areas – giving a sense of belonging that adolescents in particular crave) the need feels particularly acute.

In a February 2019 report, the Children’s Commissioner for England, Anne Longfield, found there was a lack of research into gangs generally, but also that gangs are often seen as an issue for inner cities and not identified and addressed by rural services. There is a distinct lack of targeted early intervention and education for rural communities. This is in part due to the evidence base, or lack of it. Fraser (2018) has found funding is targeted to groups or localities perceived as ‘gang areas’ but which are by no means evidenced as such. For rural areas across the UK that subsequently means little or no funding for specialist intervention.

Craig Kelly, a criminology lecturer at Birmingham City University, has said the data shows knife crime is a national issue, rising faster outside the capital, but politicians, media and academics are “far too focused on London”. Knife crime is something quite new to rural communities; we are having to learn fast how to respond.

Professional bias that gangs and criminal exploitation are a black youth issue for cities needs to be challenged. A joint targeted area inspection (JTAI) of part of our region (Dorset) in 2018 found the extent of child criminal exploitation and the risks posed by gangs was not well understood outside of the police and made recommendations for better multi-agency working and to combat the problem of cases being closed or stepped down prematurely when the risks were still there.

Listen to an episode of Community Care Inform’s podcast, Learn on the go, where a parent and professional discuss how they worked to protect a boy drawn into county lines:

In my own work, I’ve found that professionals don’t always see the link between the young person on their caseload who is running drugs, knife crime and criminal exploitation.

Only recently local authorities in south-west England have started to ask the specific questions in assessments to establish if a young person or someone in their household is involved in gang activity, is being criminally exploited or is a victim of trafficking. New tools can help guide thinking and prompt us to look further for signs of abuse and coercion.

But we need to be constantly vigilant and ensure our approach keeps pace as drug gangs become ever more sophisticated and increase their grip on our communities. Addaction drug services in Bournemouth tell me that the ‘market’ has changed drastically. There’s no need to seek out a dealer anymore – a drug user will get ‘special offers’ and constant text messages from dealers and runners until they eventually give in and buy. Saying “no” has become harder.

Four months ago, I moved from my social work team manager role to be a lecturer practitioner consultant’ in the Pan-Dorset & Wiltshire Social Work Teaching Partnership, with a focus on research. This role means I can overstep service and local authority boundaries, scope and network across agencies and dive deep into the issues around county lines. I am working to understand the impact on our communities and what could be the way forward.

Currently, education, health, police, early help and statutory services are not sufficiently equipped to ensure that vulnerable young people can get out of gangs and stay out. The lure of gangs and risk of relapse is high.

Funding cuts have meant that professionals across agencies have high workloads but we know that finding time to build trustful and effective relationships is crucial to keeping young people safe. Who can build these relationships? In rural south-west England, there are no specialist services for these young people; youth services have been significantly reduced and non-statutory interventions are minimal. Some bigger towns like Bournemouth have specialist youth workers but smaller town and villages are struggling to respond.

Furthermore, many young people involved in gangs and criminal exploitation do not reach the high thresholds of statutory interventions. Even if they are considered to be ‘children in need’, very few cases are currently categorised as ‘child protection’, creating dilemmas around effective information sharing. Information which would help safeguard young people, such as intelligence from police, health or education, may not be possible to share under section 17 (children in need) when there has not been explicit consent from the young person and their parents.

Plus, even if systems could talk to each other across service and geographical boundaries, we have to be mindful that we cannot keep our own intelligence data like the police and individuals have a right to keep their information private and confidential unless a risk of significant harm is evidenced.

Read more by Carlene Firmin, who developed the contextual safeguarding approach, on responding to abuse outside of the family

There is clearly a lot to understand and we are still in the early stages of this work, learning what is working in other areas that have implemented different strategies to protect those affected by, and at risk of being drawn into, county lines.

In our region, Somerset County Council have started to implement contextual safeguarding and are using this as a framework to guide practice. Within the teaching partnership, other local authorities and safeguarding boards are looking to see how this works and how it could be implemented more widely.

What about vulnerable adults?

It’s increasingly clear that agencies need to work together – both within and across county/local authority boundaries – if we want to rise to the challenge that organised crime has set us. One aspect in this I have rarely heard mentioned is the role of adult services.

In May 2019, numerous news headlines shared that police had “cracked down” on county lines-associated properties in the south-west and across the country. Nationally, police were reported to have “safeguarded” or “rescued” over 350 children, but also over 500 vulnerable adults. However, it’s not clear what the safeguarding response for these adults is. My research found there is no reporting or risk assessment tool in adult services in local authorities within the Pan-Dorset & Wiltshire Teaching Partnership.

This means that social workers and partner agencies are not able to capture the scale of the problem and vulnerable adults are falling through the net. Gang leaders know where the gaps and boundaries are in services and exploit them, we need to bridge them.


Gang leaders know where the gaps and boundaries are in services and exploit them, we need to bridge them.

We cannot change the legal fact that when a young person turns 18, they change from a child in need to an adult who may simply be dealt with by the criminal justice system rather than supported. But as a profession we need to develop practice across children’s and adult services and work together.

Within our teaching partnership, we are willing to take on these challenges, educate students at Bournemouth University and gather and share practice wisdom through lecturer practitioner consultants based in local authorities. We aim to undertake research to develop a risk assessment tool with adult services. If you are interested in this area or you are able to share learning from your practice, please do get in contact.

Tilia can be reached at tlenz@bournemouth.ac.uk

Working with adolescents and the causes and impact of gang involvement are among the topics covered at this year’s Community Care Live 2019, which  boasts over 30 free learning sessions to equip you to face the key challenges in social work practice today. You can also sign up to any of our eight legal learning sessions to help ensure you have the legal literacy your role requires. Register now to ensure you don’t miss out.