Low take-up of NAAS down to social workers being unsure of benefits, ADCS president warns 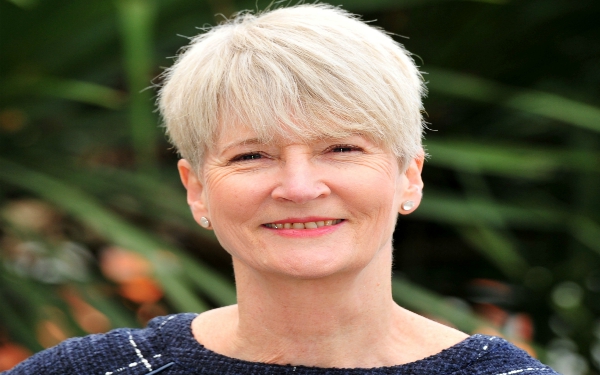 Take-up of the National Assessment and Accreditation System (NAAS) is lower than government targets because social workers can’t see the benefits of the scheme, the Association of Directors of Children’s Services (ADCS) president has warned.

Rachel Dickinson told Community Care that a low NAAS take-up rate had left the Department of Education (DfE) without the numbers it needed to properly evaluate the programme.

The government intends to roll out NAAS in Spring 2020 based on the results of an independent evaluation of its impact in the 53 phase 1 and 2 authorities that are testing the scheme.

Dickinson said this had contributed to a “confused landscape” around the scheme, leaving social workers unsure of its advantages and creating doubt around its value.

Speaking to Community Care after her speech at last week’s ADCS conference, she said: “It’s difficult because [the DfE) haven’t had enough people go through the scheme to evaluate it properly and describe the benefits to social workers. And, it’s taking longer than we expected.”

The ADCS believes that NAAS should be made the mandatory, warning that voluntary implementation could further destabilise the workforce by creating a two-tier system.

“Because the programme isn’t mandatory, it’s not having currency within the profession and it won’t gather the momentum it probably needs, so we’re in a bit of limbo with it,” she added

Despite concerns from the sector about the programme’s progress, children’s minister Nadim Zahawi, who spoke at the ADCS conference, told Community Care in an interview that he was buoyed by the feedback he had heard about NAAS.

Zahawi said he had spoken to a focus group of social workers who told him the scheme had been beneficial for their personal development and employers like it.

He stressed the government’s ultimate aim was still to make sure the entire children’s workforce was assessed and accredited.

Community Care has approached the DfE for further comment around its independent evaluation process and roll-out plan.

Better use of funds

Ministers had originally wanted to assess all 30,000 child and family social workers in England by 2020. However, this number was slashed in 2017 to 1,200 by the end of 2019 following a sector backlash.

Unison has petitioned the government to drop the scheme while the British Association of Social Workers (BASW) has said that it will support members undertaking the tests, but does not endorse the scheme on value for money grounds.

The ADCS has also criticised the government spending £23 million on NAAS at a time of substantial pressures on children’s services.

It commented that funds would have been better spent on frontline and early help services, addressing workforce retention in particular, and asked for an emphasis on training the wider children’s workforce.

Dickinson echoed this in her speech to the ADCS conference, saying that councils needed “a wider range of people working with children…rather than an ongoing focus on assessing and accrediting social workers”.

‘There’s a wider job to do’

She expanded upon this point when speaking to Community Care, emphasising that problems within children’s social services could only be tackled by ensuring the wider children’s workforce was sufficiently skilled.

“To be doing NAAS and not to be facilitating skill development across the partnership workforce is a mistake – there’s a wider job to do,” she said.

“What are their skillsets to enable them to be able to do that in an integrated way? Because that’s what children need us to do, to integrate the service that they receive.

“That’s not to say that the association doesn’t support the continued CPD of social workers, of course it does, just maybe in a different way.”

On taking on the presidency in April, Dickinson warned that cuts to early help and prevention services were undermining councils’ efforts to tackle record demand for children’s social care.

The National Audit Office’s (NAO) Pressures on children’s social care report, published in January, found that in real terms, spending on looked-after children and safeguarding rose by 20% and 10% respectively from 2010-11 to 2017-18, but there was a 69% reduction in expenditure on youth services and a 58% decrease in finance for Sure Start children’s centres.

While this has been interpreted as councils shifting resources from discretionary to statutory services, Dickinson used her conference speech to argue that there was a clear statutory basis to fund prevention – section 17 of the Children Act 1989 – but that councils had never been funded to deliver it.

Section 17 places councils under a general duty to safeguard and promote the welfare of children in need within their area and, so far as is consistent with that duty, promote their upbringing with their families.

In her speech to the conference, Dickinson, addressing Zahawi sitting closely beside her, said: “Our argument today, 30 years on from the 89 Act is that LAs have never been adequately resourced to identify, safeguard, protect and provide other services for children in need and their families. Minister, I want to invite you and your department together with ADCS members to reclaim and resource the core principles of prevention in the 89 Act.”

Speaking to Community Care, she said: “I wanted to challenge the minister and the Department for Education (DfE) over the level of funding that is available [to local authorities] to protect and support children who are vulnerable within the system.

“[This is because] we know that if we get in early and if we can help effectively, the chances of preventing things from going wrong and saving the huge human and financial cost that occurs they do go wrong [is greater]. It makes human and economic sense.”

However, she said this required thinking about social work very differently to the way it was conceived of in 1989, given the contemporary risks and threats that children faced, because of digital media and the new forms of exploitation it gave rise to.

The resulting level of demand meant that one in 10 school-aged children had or had had a social worker, according to the DfE’s own children in need review.

Dickinson said expectations of children’s services envisioned in the Children Act 1989, needed “a modernised focus to deal with the contemporary risks and challenges” facing children and their families.

“It’s simply unrealistic to continue to think about social work in the way it was conceived of in the 89 Act,” she told the conference.

One implication of new risks was that social workers often needed more time to work with children and young people who were victims of exploitation or grooming but did not recognise themselves as such and rejected offers of support.

“But how can a social worker, how can health workers, how can teachers realistically do this over the period of time it takes to see beyond the presenting problem,” she asked the conference. “Time is something that in our increasingly pressurised system our frontline staff are woefully short of.”

Other services must play their bit

Additional funding would have to be supported by an increased effort from other services to prevent problems and protect children, Dickinson said.

She made reference to section 27 of the Children Act, which enables local authorities to request the help of any specified body in carrying out functions under the act, including NHS bodies, which the other agency must comply with unless incompatible with their other duties or functions.

Dickinson said councils could use the law to “exert leverage” on health bodies to jointly fund support for children.

She told Community Care she believed other services had not, in the past, made their “full contribution” to fulfilling statutory duties to protect children.

This, she suggested, was because they often did not see it as “fully their territory” but said this needed to change.

“In my speech I particularly looked at the role played by health services because I think that’s really important.

“All those things will enable families to thrive and we are not seeing enough of that.”

One Response to Low take-up of NAAS down to social workers being unsure of benefits, ADCS president warns