Child sexual abuse inquiry finds people from ethnic minorities told abuse was part of their culture, practitioners not acting for fear of being seen as racist and 'whiteness' of institutions dissuading victims from disclosing 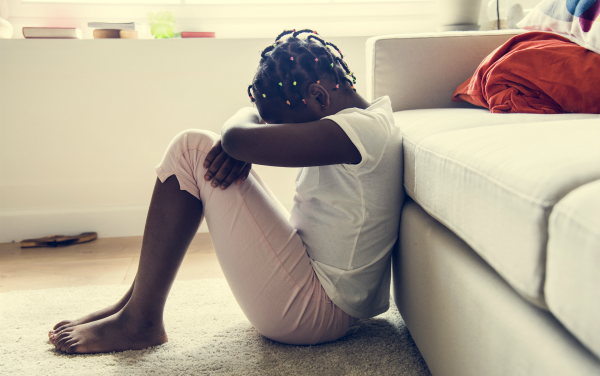 Cultural stereotyping among social workers and other professionals is creating barriers to people from ethnic minority communities disclosing child sexual abuse, the inquiry into CSA has found.

Victims and survivors reported being told that abuse was part of their culture and also said that professionals failed to act for fear of being perceived as racist, said a report last week from the Independent Inquiry into Child Sexual Abuse in partnership with the Race Equality Foundation.

People interviewed for the study also said that the ‘whiteness’ of children’s social care and other institutions created further barriers to disclosure by exacerbating people from ethnic minority communities’ sense of difference.

This added to the impact of racism in wider society, which fostered  fears that communities would be stigmatised and further disadvantaged by reporting CSA, said the report, which was based on a literature review and the views of 82 people in 11 focus groups, three of which were of victims and survivors and eight of people with no known experience of abuse.

“I just wish social services just barged in and took me into care, and took me and my siblings into care …but they were so intent on not coming across racist or coming across culturally insensitive, that they forgot about the person that was being hurt here.”
Female focus group participant

“The social worker was white, okay, and she said to me, ‘This is not sexual abuse. This is your culture’. Even today, I’m so traumatised by this.”
Female focus group participant

“I did a lot of bad things; I was playing up, and I think it should have been picked up on that something’s wrong …But I think if a child of colour or black kid or Asian kid maybe plays up and, you know, does things and gets violent or whatever, it’s sometimes seen as typical. It’s not investigated … Where I feel if it’s a white kid that maybe does something wrong it’s: ‘Oh, something’s got to be wrong; let’s look into it. Let’s find out why he’s behaving this way’.”
Male focus group participant

A common theme from the focus groups was participants’ perceptions that some public bodies and individuals, including in children’s social care, held racist and cultural stereotypes that affected their response to child sexual abuse in ethnic minority communities. As a result, participants felt ‘othered’ by institutions and reluctant to disclose abuse, with this distrust deepened by a perception of institutions being ‘white’.

The report quoted one female victim saying she had been left traumatised by her social worker telling her that the abuse she faced was part of her culture, which the report said illustrated the power that professionals’ responses to victims and survivors’ disclosures had.

Some participants saw particular problems for boys from ethnic minorities, whose ‘bad’ behaviour was perceived as typical, rather than a sign of vulnerability, as would be the case with a white child.

Racism in society suppressed reporting of child sexual abuse among ethnic minority communities because of fears that this would be seen as representative of the group and reinforce negative stereotypes.

The taboo round child sexual abuse within communities also presented a significant barrier to disclosure, as it led to actions being taken to protect individual, family or community ‘honour’, rather than to protect victims.

Participants reported that victims and survivors risked being ostracised by disclosure, with one saying:

Some described being cut off from their families and wider communities, or being intimidated into leaving or doing so for their own safety.

CSA was also understood in gendered terms, with expectations around masculinity making it harder for male victims to be identified or talk about their abuse. For girls, abuse was seen as being a source of dishonour, particularly among South Asian communities, with victims under pressure to stay quiet in order to protect their marriage prospects.

Fears of being ‘othered’

“Participants’ feelings of being ‘othered’ by professionals and institutions was a significant obstacle to reporting abuse, as were feelings of shame, stigma and a fear of not being believed. The importance of education, greater awareness and listening to the voices of survivors from ethnic minority backgrounds is clear.”

Ian Dean, Director of the Centre of expertise on child sexual abuse: “This report demonstrates the need for professionals and institutions to challenge stereotypes and racism in practice, and for services to ensure they are effectively protecting and supporting children from under-identified groups by being responsive to intersectional needs and ensuring all children feel safe, valued and listened to.”

British Association of Social Workers chair Gerry Nosowska said: “The voices in this report are courageous and powerful, and the report’s messages need to be heard. Social work as a profession needs to understand better how racism can prevent children and young people from getting the protection and help they need, and social workers must be supported to challenge and overcome barriers.”