After leading ADASS through the most turbulent year in living memory for social care, James Bullion reflects on the pandemic, his hopes for reform and the need for a unified voice in social care 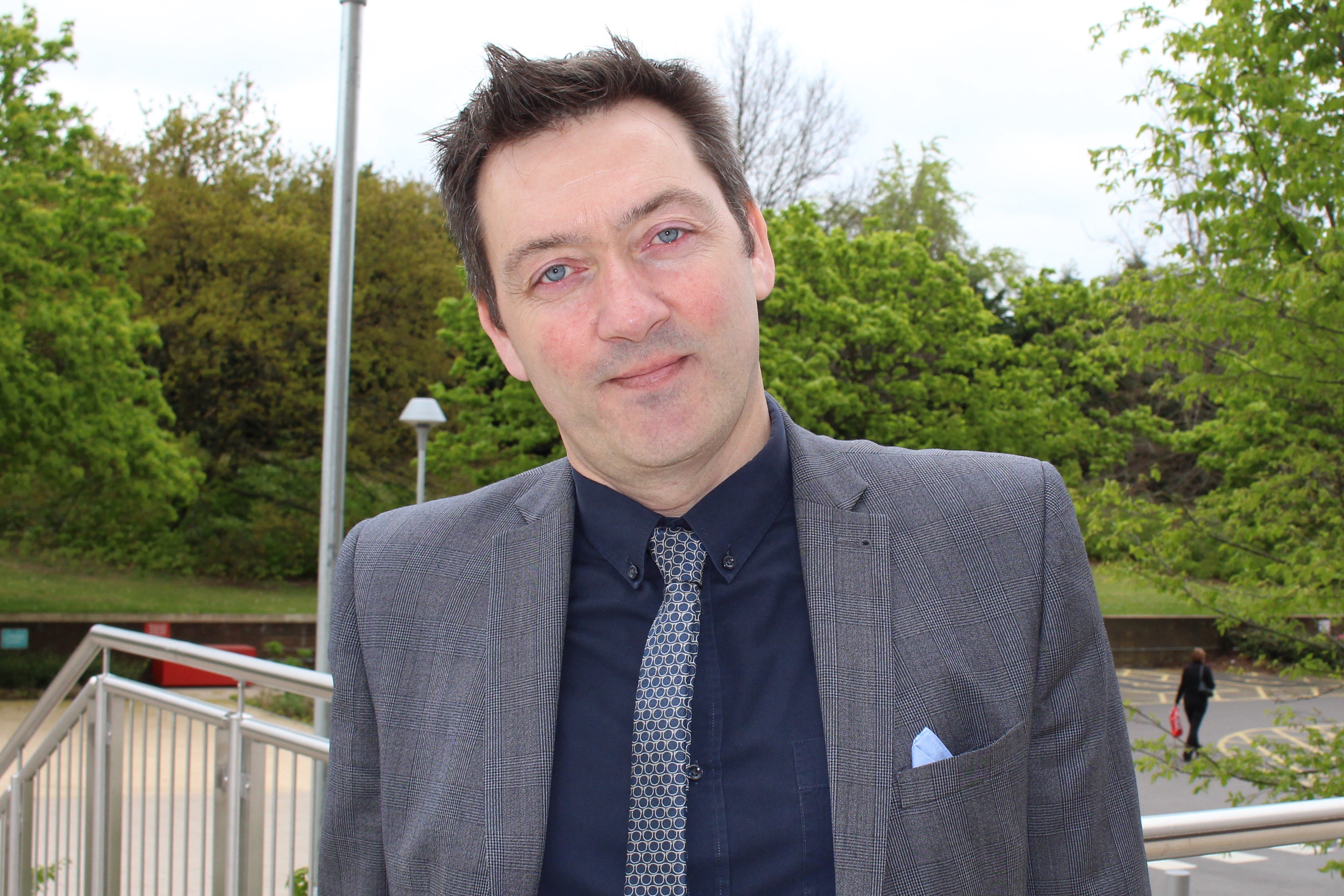 James Bullion is leaving the role of Association of Directors of Adult Social Services president “angrier than when he went in”.

“Because of what I’ve seen of the injustice, the need for reform, the frustration of the delay and the need to constantly stand up for social care in the Department of Health and Social Care who often default to the NHS.”

The Norfolk director, who is due to hand over the presidential baton to Oxfordshire’s Stephen Chandler later this month, held the post in one of the most turbulent and challenging years for social care in living memory.

Already in a perilous state thanks to years of austerity and delayed reform, the care sector was devastated by the pandemic both financially and in terms of human loss of life.

But despite the tumultuous year that was, Bullion is proud of the proactive way the sector responded to Covid, the ways in which it tried to minimise the impact and how organisations spoke out about the impact on social care.

The social care sector was in a ‘stressed state’ prior to the pandemic, Bullion said, with a high level of vacancies and turnover, an unresilient care market and insufficient funding to meet demand.

When the pandemic came along, that stressed state really played out, he says:

Had we gone into Covid with much lower levels of vacancies and a lower level of turnover and a bit of a plan around how we were going to deal with the market resilience, then we’d have been stronger quicker.”

The result was a tragically high death toll in care homes in those early months, both from Covid and other causes. Office for National Statistics (ONS) data shows that between 28 December 2019 and 12 June 2020, there were 93,475 deaths of care home residents in England and Wales, 45.9% higher than the previous year.

In addition to high numbers of deaths in care homes, a survey of directors of adult social services (DASSs) in June 2020 found Covid-19 had driven increased demand and mounting unmet need due to providers not accepting referrals, service closures and people declining services.

Bullion says that the sector eventually recovered because of the work of local authorities and providers and because the government intervened with funding and support – putting the sector in a much stronger position by July/August.

From May 2020, with the launch of the then £600m infection control fund, the Department of Health and Social Care allocated a number of sector-specific grants, to fund testing and additional staffing, particularly in care homes. It also established, in June 2020, a social care taskforce, whose report in September led to the roll out of free personal protective equipment for care providers, alongside an extension of the infection control fund.

While there is much to be critical of regarding the treatment of the sector during the pandemic, Bullion says that, to some degree, Covid highlighted the value of social care.

“We did see evidence during the pandemic that people were starting to clap for carers as well as clap for the NHS, that’s evidence that a lesson was being learned that actually the people working in social care are frontline key workers.”

The main lesson Bullion hopes has been heeded is the need to strengthen the workforce which, at the last count, was carrying over 100,000 vacancies.

“That’s in the context of: we need half a million new jobs in the next ten years in social care, so you’ve got the issue of attracting people into the social care workforce at a time when maybe from the outside it doesn’t look like a great career.”

However, changes to the immigration have, arguably, made the situation harder.

In January 2021, a new points-based immigration system came into force, which effectively prevented people from coming to the country to work as care workers.

This position has been softened since, with senior care workers added to the government’s shortage occupation list, enabling migrants to carry out these roles. However, local authority, provider leaders, unions and charities have warned the points-based system still risks deepening the sector’s already grave workforce shortages.

The government has said it wants UK workers to join the social care sector, on the basis of raising wages; however, sector bodies have said this is not realistic, with one describing it as “idiotic” given the rates paid to providers by councils.

Meanwhile, ADASS’s repeated calls for a national care wage, worth £10.90 an hour compared to the current national living wage of £8.91, have seemingly fallen on deaf ears.

“I can see in some of the messages that the government is now giving about reform that workforce is recognised as a key underpinning priority,” he says.

The other key challenge, says Bullion, is that the pandemic has accelerated the shift from residential to care at home.

“So the big challenge is, how do we get the care service to adapt to those models without having problems of care continuity and companies going bust?”

Meeting this challenge remains problematic given current levels of funding for social care.

In the November 2020 spending review, Chancellor Rishi Sunak granted local authorities access to an extra £1bn funding for social care in 2021-22, reliant on authorities increasing council tax by 2% and levying an additional 3% through the adult social care precept, a ring-fenced top-up to council tax.

But despite ministers suggesting this would increase council budgets by 3% in real terms, Bullion says most local authorities are experiencing a real-terms reduction in their local care spend in 2021-22, because of demography and the cost of social care rising faster than national funding.

“My worry is that the sustainability of the care sector is still a problem that’s been postponed [and] it will become a problem later this year.”

This problem is already making itself felt, with charities already raising concerns about councils increasing charges for those receiving care and support, and providers warning that most councils have either failed to announce fee rates for 2021-22 or set inadequate ones.

In this context, the spotlight turns to the long-awaited, and long-promised, reform of the sector, including its funding.

Many previous ADASS presidents have said they “expect reform this year”, but Bullion says that, from his point of view, this year it does look like a “realistic prospect”.

“We have heard from the prime minister and the secretary of state at recent committees in parliament confirming that reform is still intended in this year,” he said.

He recognises that social care is now competing with “a range of national issues”, people have grasped the fact that reform of the sector is an investment in jobs and an economic recovery aid to the country.

“People have now probably grasped the fact [social care’s] worth at least £20bn of public spend; it should be £27bn but, in to that primary spend, it’s another £8bn to £10bn, so that’s bigger than tourism and fisheries.”

To date, government pronouncements on the reform agenda have pointed to the need to address the issue of older people having to sell their homes to pay for residential care, by insuring people, in some way, against the prospect of catastrophic care costs.

However, Bullion says he also wants to see “the breadth of social care” included in reform.

“There’s a much broader picture of care at home, of prisoners, of disabled people, of people who are rough sleeping and homeless, for people who have mental health issues that are in the community already, domestic abuse – all of that is social care, so we need the government not just to recognise that one question about how do you pay and who pays but how do you fund the whole thing.”

The need for a unified voice

The prospect of reform highlights the need for social care to speak with a unified voice in its lobbying of government. However, one thing that became glaringly clear for Bullion during his time as president was the fractured nature of social care leadership.

“Across many organisations such as Skills for Care, care providers associations, Think Local Act Personal, ADASS itself and the Local Government Association, one of the things that strikes me is you see the inability of all of those leaders to give a single message.

“I think in order for social care to be successful it needs to have some single joined-up messages that aren’t always joined up, so there’s something about making sure that the ADASS presidency and other roles play a strong leadership role right across the sector, not just for our particular organisation that we’re representing,” Bullion says.

He compares this to the NHS, which has a single chief executive – the head of NHS England, Simon Stevens – who speaks very powerfully, whereas social care is divided.

“That strikes me as a thing that needs rectifying going forward [and] I have every confidence that social care leaders will go on and do that.”

Government finds additional Covid social care cash at 11th hour with services on ‘financial cliff edge’
‘We ask our staff to leave stereotypes behind when working with our diverse communities’
Social workers back standalone supervision orders, despite questioning their effectiveness