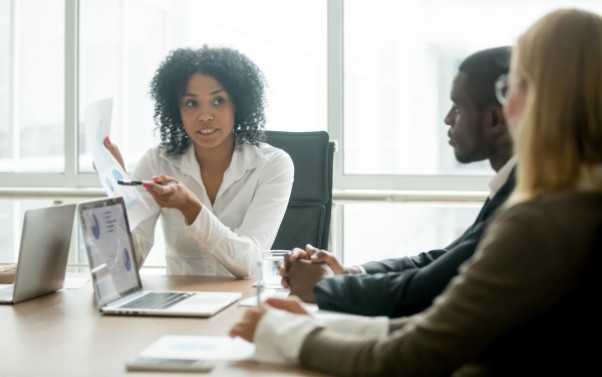 By Charlotte Goddard and Mithran Samuel

BASW said that the proposal risked sacrificing the objectivity of the child protection conference chair role, as currently enshrined in Working Together to Safeguard Children.

In its final report, published yesterday, the Independent Review of Children’s Social Care said child protection work required skilled social workers, able to effectively weigh up evidence and analyse risk, but was often carried out by inexperienced and unsupported practitioners.

To tackle this, it called for the establishment of an expert child protection practitioner role – reserved for experienced social workers with demonstrable child protection knowledge – to lead on cases where there were concerns about significant harm to a child.

Working alongside multidisciplinary family help teams, whose role would be to support the family, expert practitioners would lead the multi-agency decision-making process, and take key decisions, including on whether the threshold of significant harm had been reached.

As part of this, they would also chair child protection conferences, which bring together professionals and family members to analyse information and take decisions about how to safeguard the child, including by agreeing and reviewing child protection plans.

Under Working Together, the chair should not be involved in the case or line manage anyone who is, and their role also involves ensuring parents and the child understand the process.

“The axing of the conference chair role is a massive concern – how can someone objectively chair conferences when they are so closely linked with the family?”, said a BASW spokesperson.

The review said it was “questionable whether child protection conferences are working effectively”, with parents saying they left them “upset, confused and less likely to engage”. Citing research from 2005 (Prince et al), it also stated that social workers tended to come to conferences with a set viewpoint, with “little disagreement between professionals or critical interrogation of information”.

It added that the expert practitioner’s “deeper knowledge of the family” would support their role as conference chair, and that independent representation for parents should be provided separately, with all parents offered this during child protection processes.

Under the review’s plans, expert child protection practitioner status would be reserved for already experienced social workers and those who successfully complete its proposed five-year early career framework.

This would replace the current assessed and supported year in employment (AYSE) with a more detailed curriculum and an assessment after two years instead of one. The last three years would be a pathway to becoming expert practitioners, and would allow practitioners to choose from a range of modules, concluding with a final assessment of knowledge and skills.

Besides child protection work, other social work tasks would be reserved for expert practitioners, the review said, with the status also added to the person’s entry on Social Work England’s register.

In a statement to the Commons yesterday, children and families minister Will Quince backed the early career framework in principle, and highlighted its potential to improve child protection practice.

“Providing more decisive child protection relies upon the knowledge and skills of these social workers – which is why I support the principle of the review’s proposed early career framework,” he said. “We will set out robust plans to refocus the support social workers receive early on – with a particular focus on child protection given the challenging nature of this work.”

This raises the question of whether the government will use the early career framework to replace its national assessment and accreditation system (NAAS), scrapped at the start of the year.

NAAS involved assessing social workers’ knowledge and skills against the government’s post-qualifying standards for practitioners or supervisors, with those who pass gaining accredited status.

However, it had always lacked backing from sector bodies on the grounds of its cost, potential to divide social workers between accredited and non-accredited professionals and potential to load added pressures onto practitioners.

On removing it, the DfE pledged to bring in a “more sustainable” scheme that was “more meaningful” for employers and practitioners and delivered a “better overall experience for social workers”.

“If this scheme is a replacement for NAAS it needs to be different,” said the BASW spokesperson. “There needs to be much more engagement with stakeholders.”

“If they are positioned as the ‘experts’, what about the competent experienced social worker who has been practising for two, three, or four years?” said the BASW spokesperson.

The review’s position is that experienced social workers would be released to perform the role by its wider proposals. As well as removing separate child protection conference chairs, these include abolishing independent reviewing officers and enabling practitioners other than social workers to lead on child in need work as part of family help teams.

Longer-term, practitioners would be incentivised to become expert practitioners by progression through the early career framework being tied to salary increases under the review’s proposed national pay scales.

“The Department [for Education] should work with an independent pay review body of experts, to set and introduce national pay scales which better recognise and reward the development of expertise,” said the report.

In a separate document analysing its proposed costings, the review said that it envisaged the wage bill rising by 5% in the first three years of its proposed reforms (2023-26), by 2% in the fourth and 1% in the fifth.

UNISON welcomed these proposals in principle.

“Proposed changes to career development and progression when social workers join the profession – and new specialist posts – could prove game changing,” said general secretary Christina McAnea.  “Better pay is vital, but urgent discussions are needed on how to achieve this.”